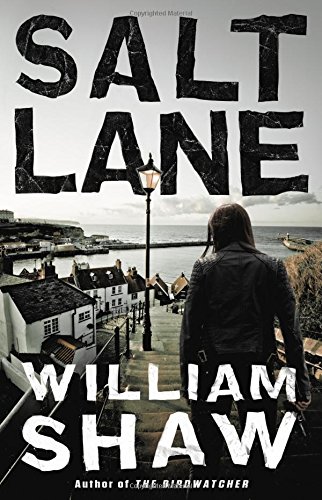 Product Description An "excellent," darkly-told crime novel in the tradition of Tana French and Ian Rankin (Wall Street Journal). Sergeant Alexandra Cupidi is a recent transfer from the London metro police to the rugged Kentish countryside. She's done little to ingratiate herself with her new colleagues, who find her too brash, urban, and -- to make matters worse -- she investigated her first partner, a veteran detective, and had him arrested on murder charges. Now assigned the brash young Constable Jill Ferriter to look after, she's facing another bizarre case: a woman found floating in local marsh land, dead of no apparent cause. The case gets even stranger when the detectives contact the victim's next of kin, her son, a high-powered graphic designer living in London. Adopted at the age of two, he'd never known his mother, he tells the detectives, until a homeless womanknocked on his door, claiming to be his mother, just the night before: at the same time her body was being dredged from the water. Juggling the case, her aging mother, her teenage daughter, and the loneliness of country life, Detective Cupidi must discover who the woman really was, who killed her, and how she managed to reconnect with her long lost son, apparently from beyond the grave. Review " Salt Lane was my introduction to William Shaw, and when I finished it I instantly went to his backlist. He is a meticulous, thoughtful and insightful writer. I can't wait for Sgt. Cupidi's next case."― Sara Paretsky "Salt Lane is taut, terrifying and timely; the emotional tension never slackens."― Val McDermid "Excellent.... Reverses readers' expectations: Rather than having all their roots in the distant past, these crimes have more to do with the evils and inequities of the modern world." ― Tom Nolan, Wall Street Journal "Excellent....The combination of great characters and a gripping plot will leave readers eager for a sequel." ― Publishers Weekly (starred review) "DS Alexandra Cupidi is complex, conflicted, and conscientious... Shaw's rattling good writing will hold readers to the very end. Fans of the author's Breen and Tozer series as well as aficionados of atmospheric police procedurals will enjoy this series launch." ― Library Journal "William Shaw is one of the great rising talents of UK crime fiction. This is his best book to date, instantly engaging, beautifully written with really well observed and rounded characters." ― Peter James "A modern crime master.... Shaw scores subtle political points in this atmospheric, state-of-the-nation thriller that, as always, features intricate plotting, realistic dialogue and believable characters." ― Natasha Harding, The Sun (UK) PRAISE FOR WILLIAM SHAW AND THE BIRDWATCHER "One of summer's chilliest thrillers... Shaw's prose still sinks its hooks in."― Entertainment Weekly "Discreet, thoughtful prose... by its theatrical but moving conclusion, The Birdwatcher... [is] an excellent read."― USA Today "William Shaw is, quite simply, an outstanding storyteller." ― Peter May, Barry Award-winning author of the Lewis Trilogy About the Author William Shaw is an award-winning music journalist and the author of several non-fiction books including  Westsiders: Stories of the Boys in the Hood. Prior to becoming a crime writer, he worked at the post-punk magazine ZigZag and a journalist for  The Observer, The New York Times, Wired, Arena, and  The Face. He lives in Sussex, England.

Amazing
Great
Average
High
This is absolutely the best time to buy. Don’t miss out, there's 66% probability of this price being higher soon. Buy now.
Buy on Amazon

Salt Lane, is it available on Amazon?

Yes! But at Pricepulse we inform you when is the lowest price to buy the Salt Lane

Should I buy the Salt Lane now?

What is the current price of Salt Lane?

What was the lowest price for the Salt Lane?