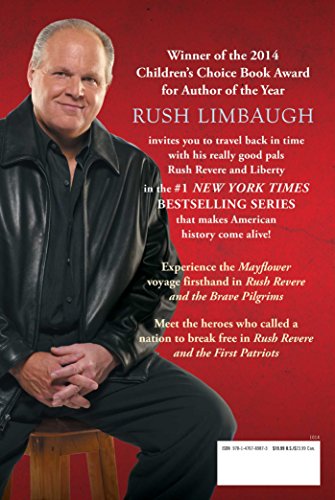 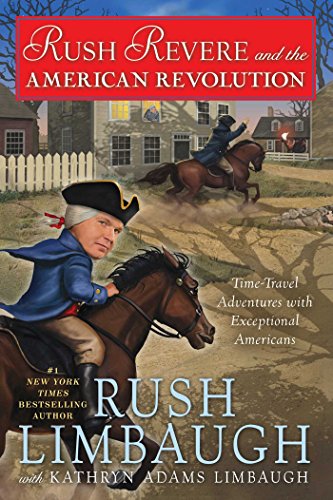 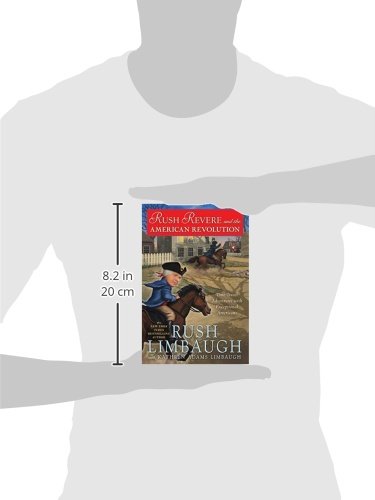 Product Description THE AMERICAN REVOLUTION HAS BEGUN—AND RUSH REVERE, LIBERTY THE HORSE, AND THE TIME-TRAVELING CREW ARE READY TO RIDE INTO THE ACTION! Join us on this incredible time-travel adventure! Liberty, my wisecracking horse, our old friends Cam, Tommy, Freedom, and I are off to meet some super-brave soldiers in the year 1775. Yep, that’s right. We’ll be visiting with the underdog heroes who fought for American independence, against all odds—and won! But not before eight very real years of danger and uncertainty. Be a part of Rush Revere’s crew as we rush, rush, rush into a time when British rule had become a royal pain, and rebellion was in the air. We’ll be on hand to see two lanterns hung in the Old North Church, prevent a British spy from capturing Paul Revere, and grapple with danger at the battles of Lexington, Concord, and Bunker Hill. The extra special part of this trip is that right here in the twenty-first century, Cam’s dad is a soldier fighting in Afghanistan, and Cam has been pretty angry that he is away. Visiting with exceptional American heroes like Dr. Joseph Warren and George Washington, racing along after Paul Revere on his midnight ride, and seeing the Declaration of Independence signed make Cam see his own dad in a new and special way. But don’t worry. Along with the danger, excitement, and patriotism, there will still be time to stop for a delicious spinach, oats, and alfalfa smoothie. No, wait—that one’s for Liberty. The kids and I voted for strawberries. Now let’s open the magic portal to the past! About the Author Rush Limbaugh is host of The Rush Limbaugh Show—the nation’s highest-rated talk radio program, with an audience of more than twenty-five million—and the #1 New York Times bestselling author of Rush Revere and the Brave Pilgrims, Rush Revere and the First Patriots, Rush Revere and the American Revolution, Rush Revere and the Star-Spangled Banner, and Rush Revere and the Presidency. Visit RushLimbaugh.com and RushRevere.com. Excerpt. © Reprinted by permission. All rights reserved. Rush Revere and the American Revolution

Mikey and the Dragons

Mikey and the Dragons

Rush Revere And The American Revolution Time Trave, is it available on Amazon?

Yes! But at Pricepulse we inform you when is the lowest price to buy the Rush Revere And The American Revolution Time Trave

Should I buy the Rush Revere And The American Revolution Time Trave now?

What is the current price of Rush Revere And The American Revolution Time Trave?

What was the lowest price for the Rush Revere And The American Revolution Time Trave?

The lowest historical price was $7.93