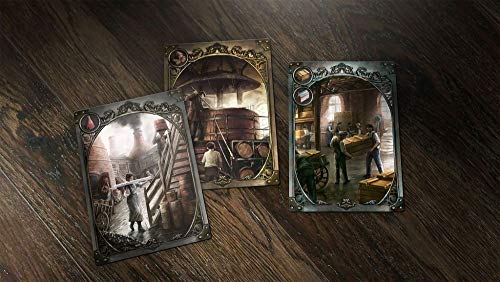 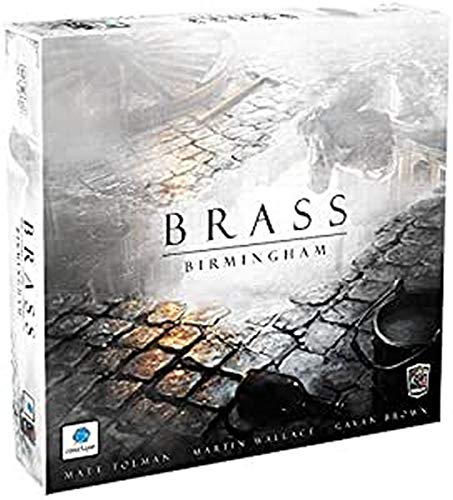 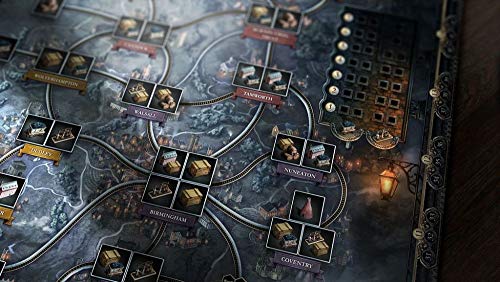 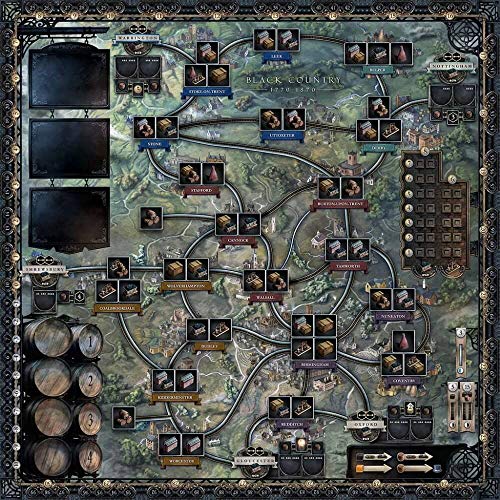 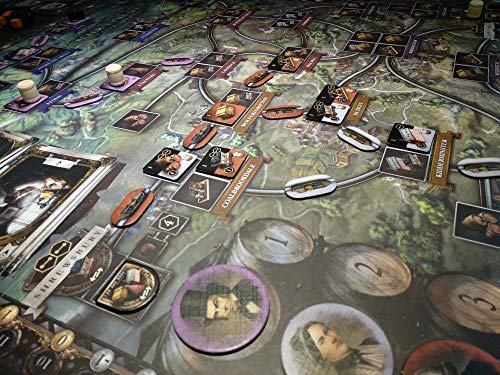 Brass: Birmingham is an economic strategy game sequel to Martin Wallace' 2007 masterpiece, Brass. Birmingham tells the story of competing entrepreneurs in Birmingham during the industrial revolution, between the years of 1770-1870.As in its predecessor, you must develop, build, and establish your industries and network, in an effort to exploit low or high market demands.Each round, players take turns according to the turn order track, receiving two actions to perform any of the following actions (found in the original game):1) Build - Pay required resources and place an industry tile.2) Network - Add a rail / canal link, expanding your network.3) Develop - Increase the VP value of an industry.4) Sell - Sell your cotton, manufactured goods and pottery.5) Loan - Take a £30 loan and reduce your income.Brass: Birmingham also features a new sixth action:6) Scout - Discard three cards and take a wild location and wild industry card. (This action replaces Double Action Build in original Brass.)The game is played over two halves: the canal era (years 1770-1830) and the rail era (years 1830-1870). To win the game, score the most VPs. VPs are counted at the end of each half for the canals, rails and established (flipped) industry tiles.Birmingham features dynamic scoring canals/rails. Instead of each flipped industry tile giving a static 1 VP to all connected canals and rails, many industries give 0 or even 2 VPs. This provides players with the opportunity to score much higher value canals in the first era, and creates interesting strategy with industry placement.Iron, coal, and cotton are three industries which appear in both the original Brass as well as in Brass: Birmingham.New "Sell" systemBrewing has become a fundamental part of the culture in Birmingham. You must now sell your product through traders located around the edges of the board. Each of these traders is looking for a specific type of good each game. To sell cotton, pottery, or manufactured goods to these traders, you must also "grease the wheels of industry" by consuming beer. For example, a level 1 cotton mill requires one beer to flip. As an incentive to sell early, the first player to sell to a trader receives free beer.Birmingham features three all-new industry types:Brewery - Produces precious beer barrels required to sell goods.Manufactured goods - Function like cotton, but features eight levels. Each level of manufactured goods provides unique rewards, rather than just escalating in VPs, making it a more versatile (yet potentially more difficult) path vs cotton.Pottery - These behemoths of Birmingham offer huge VPs, but at a huge cost and need to plan.Increased Coal and Iron Market size - The price of coal and iron can now go up to £8 per cube, and it's not uncommon.Brass: Birmingham is a finely brewed sequel to one of history's most industrial economic games. It offers a very different story arc and experience from its predecessor. Many of the tried and true strategies of the original are no longer as powerful as they once were, and other interesting new strategies are waiting for you to discover.

Amazing
Great
Average
High
This is a great price to buy! There's a 57% probability this price will be higher. Our advice is Buy it now.
Buy on Amazon

Who is It ? Children's Puzzle Toys Desktop Educational Card Gaming Board Logic Reasoning Guess Character Parent-Child Guessing Game for Kids Ages 4 and Up

Maranda Enterprises Dotzee - A Game of Chance and Choices!

Be A Broadway Star Board Game

Roxley Games Brass Birmingham Board Games, is it available on Amazon?

Yes! But at Pricepulse we inform you when is the lowest price to buy the Roxley Games Brass Birmingham Board Games

Should I buy the Roxley Games Brass Birmingham Board Games now?

This is a great price to buy! There's a 57% probability this price will be higher. Our advice is Buy it now.

What is the current price of Roxley Games Brass Birmingham Board Games?

What was the lowest price for the Roxley Games Brass Birmingham Board Games?