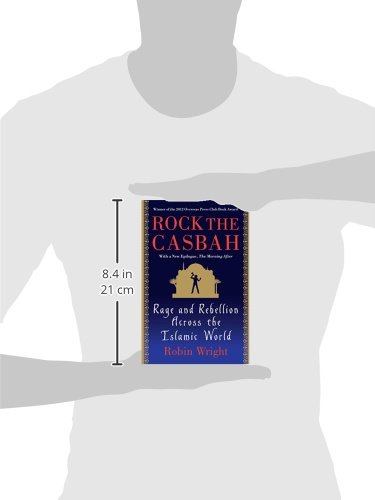 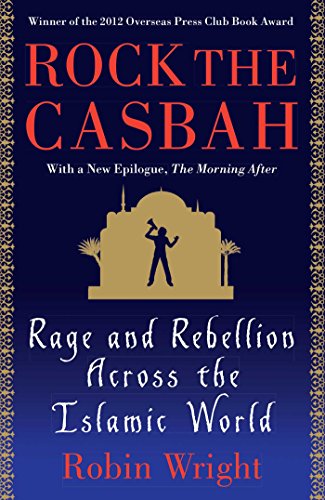 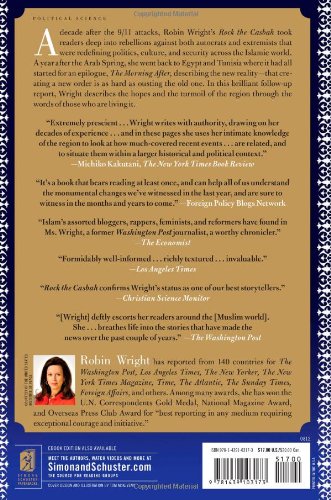 Product Description A decade after the 9/11 attacks, this groundbreaking and brilliantly received book takes readers deep into rebellions against both autocrats and extremists that are redefining politics, culture, and security across the Islamic world and beyond. A decade after the 9/11 attacks, Robin Wright’s Rock the Casbah took readers deep into rebellions against both autocrats and extremists that were redefining politics, culture, and security across the Islamic world. A year after the Arab Spring, she went back to Egypt and Tunisia where it had all started for an epilogue, The Morning After, describing the new reality—that creating a new order is as hard as ousting the old one. In this brilliant follow-up report, Wright describes the hopes and the turmoil of the region through the words of those who are living it. Review ."..Wright is an expert on the subject and this book is an accessible and riveting account for readers looking to learn more about the post-9/11 Islamic world." " "--"Publishers Weekly" ."..Wright is one of the most capable observers of the Middle East....her chronicles of counter-jihad, anti-militancy, and women's mobilization are a timely contribution." "--Huffington Post""If there is such a thing as a pinnacle in the landscape of international journalism, Robin Wright surely stands atop it." --"The New York Review of Books""Only Wright could have written "Dreams and Shadows "because only Wright has traveled so widely, interviewed such diverse leaders, and brought so much wisdom to analyzing the region's many-sided puzzles. This volume, full of mesmerizing detail and large truths, sets a new standard for scholarship on the modern Middle East." --Madeleine Albright, former Secretary of State"""Robin Wright is well aware of the complexities, paradoxes and the seemingly insurmountable dilemmas facing the Middle East today. She reminds us that in facing these challenges we need not resort to military force and violence or resign ourselves to compromise with extremism and tyranny." -- Azar Nafisi, author "Reading Lolita in Tehran""The best of all possible worlds: An old hand guides us through the changes in the post-9/11 Middle East, and is able to sort out in a sober, smart way what is really going on." --Thomas Ricks, author "Fiasco: The American Military Adventure in Iraq"Praise for "Rock the Casbah" "[Wright] provides invaluable context for what she rightly terms 'the epic convulsion across the Islamic world' by listening to voices we don't usually hear....Anyone seeking deeper understanding of the Arab Spring needs to read Wright's formidably well-informed book ....Wright's richly textured portrait of ancient cultures in the throes of wrenching but liberating transformation makes it quite clear that Muslims themselves will decide their future." "-- Los Angeles Times"Praise for Robin Wright's "Dreams and Shadows" "Wright has long been one of the best-informed American journalists covering the Middle East, and her reputation is born out here. . . . Her book will be essential reading for anybody who wants to know where it is heading." --"The New York Times Book Review" About the Author Robin Wright has reported from 140 countries for The Washington Post, Los Angeles Times, The New Yorker, The New York Times Magazine, Time, The Atlantic, The Sunday Times, and others. She has been a fellow at the U.S. Institute of Peace, Woodrow Wilson International Center for Scholars, Brookings Institution, Carnegie Endowment for International Peace, Yale, Duke, and Stanford. She is the author of seven books on international affairs.

Rock The Casbah Rage And Rebellion Across The Isla, is it available on Amazon?

Yes! But at Pricepulse we inform you when is the lowest price to buy the Rock The Casbah Rage And Rebellion Across The Isla

Should I buy the Rock The Casbah Rage And Rebellion Across The Isla now?

What is the current price of Rock The Casbah Rage And Rebellion Across The Isla?

What was the lowest price for the Rock The Casbah Rage And Rebellion Across The Isla?