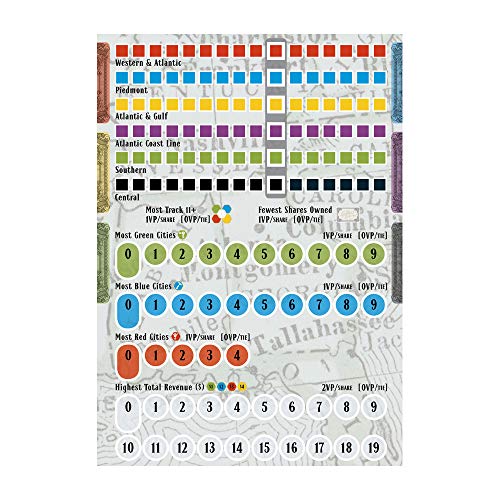 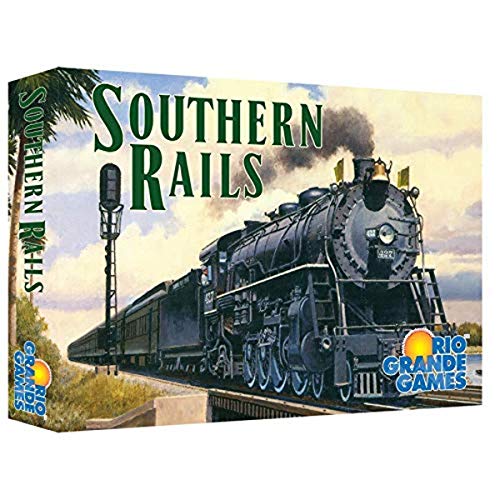 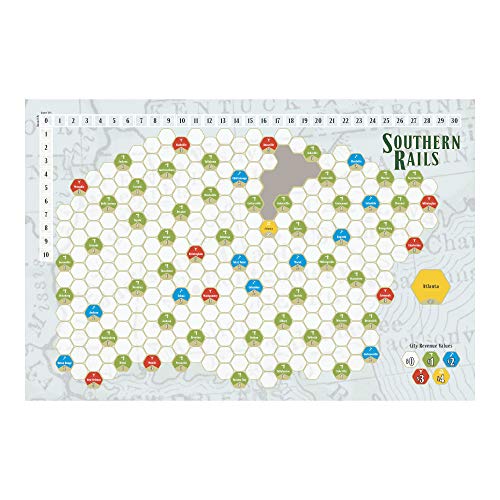 Southern Rails is fast-playing game for 3-5 players in the tradition of simple but engaging rail games like TransAmerica and Northern Pacific. In the early days of America’s railroads, six railroad companies competed to serve the cities of the Southern United States. In Southern Rails, 3-5 players compete to own shares in these railroads. Once a player owns a share in a particular railroad, they become able to build tracks that will connect more cities to that railroad’s network, increasing the value of that company’s shares. Over four scoring rounds, points will be awarded according to which railroads lead in various categories. However, a railroad must stand above its competitors, as shared titles are worth nothing. The player with the most points at the end of the game will be the winner. The game has simple rules and a clever scoring system. Southern Rails can be learned in just a few minutes – there are only 4 pages of rules. A complete game can be played about 30 minutes.

Yes! But at Pricepulse we inform you when is the lowest price to buy the Rio Grande Games Southern Rails A Fast Paced Rail

What is the current price of Rio Grande Games Southern Rails A Fast Paced Rail?

What was the lowest price for the Rio Grande Games Southern Rails A Fast Paced Rail?