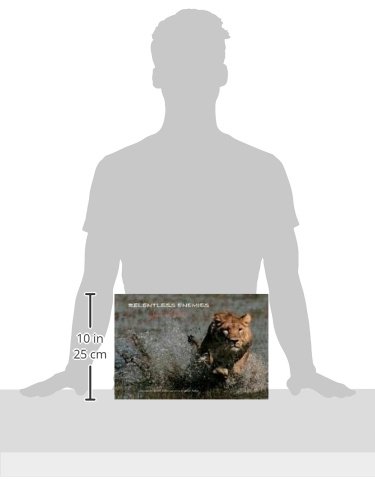 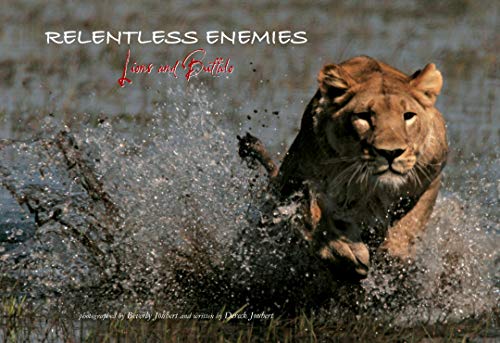 Product Description The tawny lion slinks through golden grass, stealthy and sinuous, utterly concentrated on the hunt, a perfect predator awaiting only the instant when pure instinct triggers the rush, the spring, the ferocious slash of sharp claws and merciless fangs that will bring down her prey. It's a scene as old as Africa itself, yet its sudden, violent drama is always new. Dereck and Beverly Joubert know it well. For decades they've lived among lions, winning international acclaim for their unique photographs and pioneering documentaries, which record lions' previously unknown behavior such as nocturnal forays and a willingness to stalk their quarry through water. Of all their long experience, the Jouberts consider their two years with the lions of Duba the most exciting, important research they have done-here presented in fascinating text and 100 gripping images. Month after month, they battled floods, hardship, and danger to capture these spectacular shots of the relentless blood rivalry played out on the Okavanga Delta every day as three separate lion prides harry a huge herd of buffalo. These massive beasts are challenging prey; they fight back fiercely, aggressively seeking out the big cats and attacking them with deadly thrusts of their sharp, sweeping horns. The lions leap and dodge, but not always swiftly enough to escape-and so the ancient struggle goes on. The companion volume to a new National Geographic film airing in 2006, this is an unforgettable once-in-a-lifetime glimpse of the world's most awe-inspiring hunters, the lethal and beautiful lions of Duba. From Booklist Beverly and Dereck Joubert, famed filmmakers and writers ( Hunting with the Moon, 1997), have produced another spectacular examination of wildlife in Africa. Botswana's Okavango Delta, a landlocked region of marshland, rivers, and islands, is the setting for what the authors refer to as the eternal dance: a relentless struggle between buffalo and the lions who prey upon them. Some of these lions were the largest the authors had ever seen, probably a result of the size of their enormous prey and of the effort required to negotiate the water, mud, and reed beds of their home. Following three lion prides active in the area, the authors studied and documented the act of predation itself. Often the setup for the hunt was very tactical and the hunt itself so intricate that it was clearly an example of planning and thinking ahead. Despite the constant hunting pressure, the buffalo herd was growing in number each year while the lion prides fluctuated in size, an example of the shifting balances between predator and prey. Illustrated with Beverly Joubert's phenomenal photographs and limned by her husband's lyrical text. Nancy Bent Copyright © American Library Association. All rights reserved About the Author Dereck and Beverly Joubert, recently named National Geographic Explorers-in-Residence, are internationally acclaimed naturalists and cinematographers. Their many years with lions have yielded not only books like Hunting with the Moon, but such highly praised documentary films as Eternal Enemies: Lions and Hyenas; Reflections on Elephants; and Lions of Darkness-an outstanding body of work that has won four Emmys, two Chris awards, and a George Foster Peabody award.

Amazing
Great
Average
High
It's not a good time to buy now, there's a 78% probability this price will decrease. Our advice is to Watch it.
Buy on Amazon

Relentless Enemies Lions And Buffalo, is it available on Amazon?

Yes! But at Pricepulse we inform you when is the lowest price to buy the Relentless Enemies Lions And Buffalo

Should I buy the Relentless Enemies Lions And Buffalo now?

It's not a good time to buy now, there's a 78% probability this price will decrease. Our advice is to Watch it.

What is the current price of Relentless Enemies Lions And Buffalo?

What was the lowest price for the Relentless Enemies Lions And Buffalo?