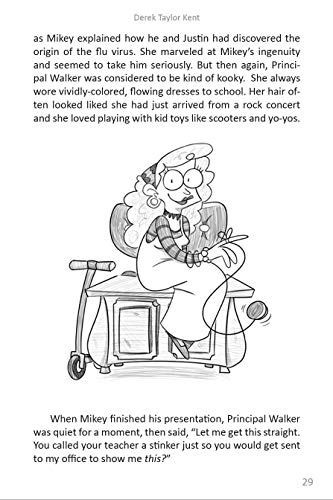 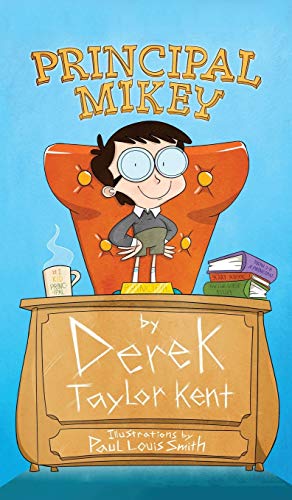 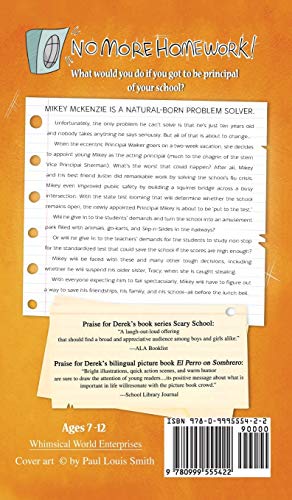 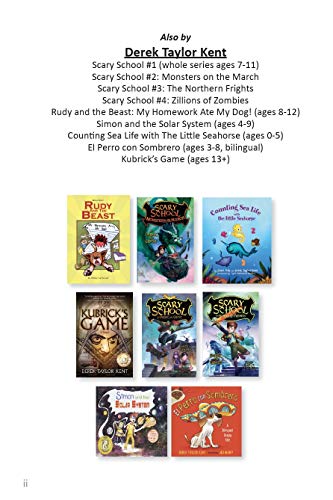 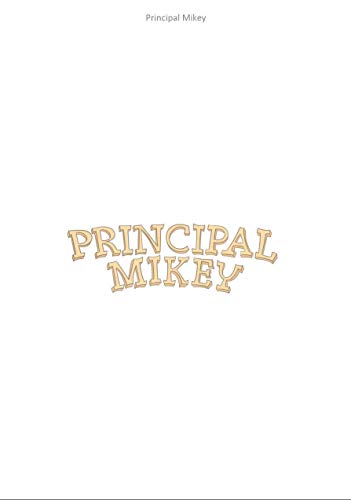 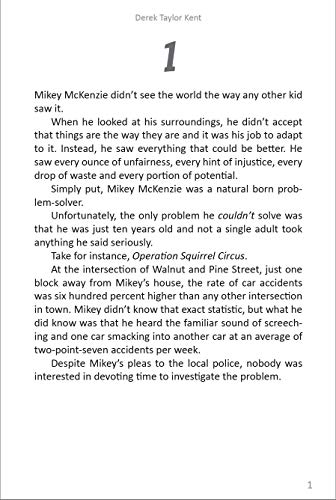 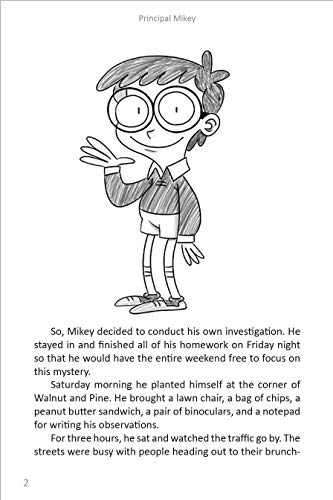 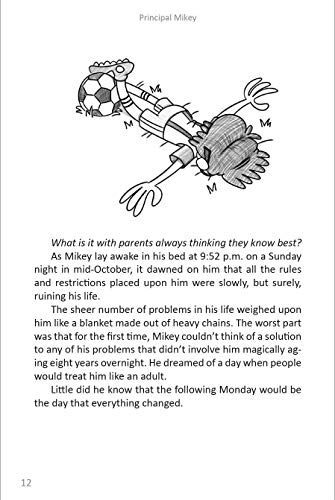 Product Description A hilarious S.T.E.A.M. chapter book for fans of Wimpy Kid and Dork Diaries, this heartwarming story is perfect for any 7-12 year old. Mikey McKenzie is an expert at using the scientific method to solve problems in his neighborhood and school. The only problem he can't solve is that he's just 10-year-old and nobody takes any of his ideas seriously. But everything changes when the kooky Principal Walker appoints him as the new school principal when she gets called away, much to the chagrin of the stern Vice Principal Sherman. It's a dream come true for Mikey to finally have the power to implement all his great ideas to improve the school. However, when the power goes to his head, the new job strains his relationships with his best friend and his sister he looks up to. On top of that, the district is threatening to close the underperforming school unless they ace the new standardized test. By the end, he'll have to think outside the box to find solutions that will save the school and his most valued relationships. S.T.E.A.M. concepts: problem-solving, scientific method, educational technology, health/medicine, and social emotional learning. Review "Kent ( El Perro con Sombrero ) gives Mikey the right balance of naivety and altruism... Smith's cartoon-style illustrations showcase a wide variety of Mikey's successes and failures, and Kent skillfully introduces an inventive role model for budding problem solvers. Ages 7-11." - Publisher's Weekly "Principal Mikey is a fun book. The concept is absolutely ludicrous, but that's what makes it entertaining. The changes Mikey implements in his school are definitely ones a ten-year-old would make (his first decree is "no homework!"), and it's entertaining to see the consequences of his decisions. Mikey is a fun and dynamic character... The novel's intended audience of seven to twelve will most likely delight in Mikey's antics and be thrilled by the fun and far-fetched plot. The back of the book really asks the most compelling question of the novel: "What would you do if you got to be principal of your school?" Kids will enjoy asking themselves this question as they read Principal Mikey ." - Mugglenet Preview About the Author Derek Taylor Kent is an author and screenwriter based out Los Angeles, CA. His puzzle-thriller novel, KUBRICK'S GAME, was picked up by Evolved Publishing and was released fall of 2016. His popular book series, SCARY SCHOOL (written under pen name Derek the Ghost), won an award for Funniest Chapter Book of 2011 by Children s Literature Network and has become a favorite for middle-readers. Derek's bilingual picture book EL PERRO CON SOMBRERO was released August 2015 through Holt/Macmillan and was a #1 best-selling new picture book. It continues to be a beloved and top-selling picture book. His new picture book, COUNTING SEA LIFE WITH THE LITTLE SEAHORSE, was co-written with his wife, #1 best-selling author Sheri Fink, and teaches kids how to count while learning about life in the ocean. Derek started writing children s books at the age of 15. His other book series include SIMON AND THE SOLAR SYSTEM and RUDY AND THE BEAST. He toured the nation with his one-man children s show, MICHAEL JORDAN S MAGIC SHOES, which he wrote and performed while attending UCLA s School of Theater. Kent has also written and produced many children's plays with sold-out runs at the Westside Playhouse and Culver City Public Theatre and has acted in many stage plays, musicals and films. He's been a mentor at summer camps and children s programs, overseeing creative storytelling and dramatic arts. Derek the Ghost ("author" of Scary School) is an eleven-year-old ghost who haunts the classrooms and hallways of Scary School, writing down all the spine-tingling often hilarious things that go on there. Despite his ghostly state, Derek still enjoys reading comic books and hopes to one day become a master ninja. If that doesn't work out, he will continue to share the

Yes! But at Pricepulse we inform you when is the lowest price to buy the Principal Mikey Lol Stem Chapter Book Ages 7 12 Fo

What was the lowest price for the Principal Mikey Lol Stem Chapter Book Ages 7 12 Fo?