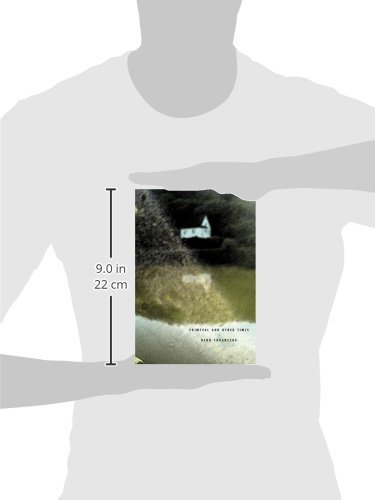 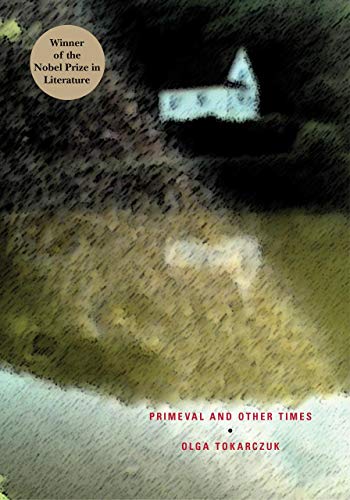 Product Description Set in the mythical Polish village of Primeval, a microcosm of the world populated with eccentric, archetypal characters and guarded by four archangels, this novel from Nobel Prize winner Olga Tokarczuk chronicles the lives of the inhabitants over the course of the feral 20th century in prose that is forceful, direct, and the stylistic cousin of the magic realism in Gabriel García Márquez's One Hundred Years of Solitude. Told in short bursts of "Time," the narrative takes the form of a stylized fable, an epic allegory about the inexorable grind of time and the clash between modernity (the masculine) and nature (the feminine) in which Poland's tortured political history from 1914 to the contemporary era and the episodic brutality visited on ordinary village life is played out. A novel of universal dimension that does not dwell on the parochial, Primeval and Other Times was hailed as a contemporary European classic and heralded Tokarczuk as one of the leading voices in Polish as well as world literature. From Booklist Tokarczuk won Poland’s Koscielski Foundation Prize with this vision of the twentieth-century in an imaginary Eastern European village consisting of four guardian angels and a range of human characters—a world apart that yet mirrors reality beyond its boundaries. Tokarczuk first describes Primeval, noting place-name derivations and remarking, It is God’s business to create, and people’s business to name. Section headings denote changes in location, time, and point of view. Focal shifts build an engrossing, multifaceted mosaic, including individuals like Cornspike, an unlikely subject for revelation, who lives in the wild; steals food; turns to whoring; suffers solitary stillbirth in an abandoned, tumbledown house; and then is blessed with a surprising epiphany when she sees the force that pervades everything and the contours of other worlds and other times. In Primeval, shape-shifting elements of nature coexist seamlessly with a character taming snakes into peaceful domesticity by the hearth, Nazi concentration camps, and God grieving his unrequited love for man within a mystical labyrinth of eight spheres or worlds. It’s well worth the long visit. --Whitney Scott Review The book struck deep chords in readers, who responded to it as if a luminous new way of presenting 20th-century Poland had been found. ―The Economist The prose of Primeval and Other Times has a strangely sedating effect in reading. Quietly powerful, it is a tale not soon to be forgotten. ― World Literature Today Primeval and Other Times is a major novel with a scope and depth rarely achieved in contemporary literature. Its complexity extends beyond the vast number of interrelated characters contained in Tokarczuk's lushly imaginative narrative to the emotional tribulations of several decades in the history of a microcosmic village. Tokarczuk reminds us why we read novels: to enter a fictional world at once completely foreign and poignantly familiar. ― The Prague Post About the Author Olga Tokarczuk was born in 1962 in Sulechów near Zielona Góra, Poland. A recipient of all of Poland's top literary awards, she is one of the most critically acclaimed authors of her generation. After finishing her psychology degree at the University of Warsaw, she initially practiced as a therapist and often cites C.G. Jung as an inspiration for her work, in which mythmaking has become a hallmark. Her work has received nearly every major literary award at home and abroad, and Tokarczuk's importance as a writer was recognized with her being awarded the 2018 Nobel Prize in Literature.

Primeval And Other Times, is it available on Amazon?

Yes! But at Pricepulse we inform you when is the lowest price to buy the Primeval And Other Times

Should I buy the Primeval And Other Times now?

What is the current price of Primeval And Other Times?

What was the lowest price for the Primeval And Other Times?