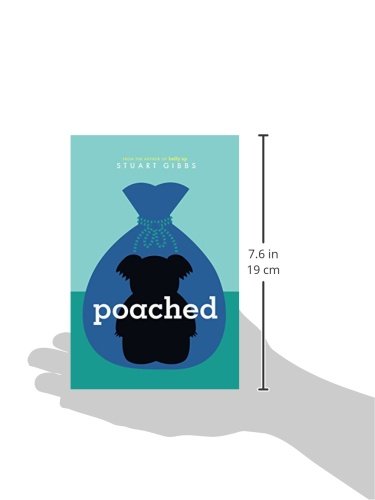 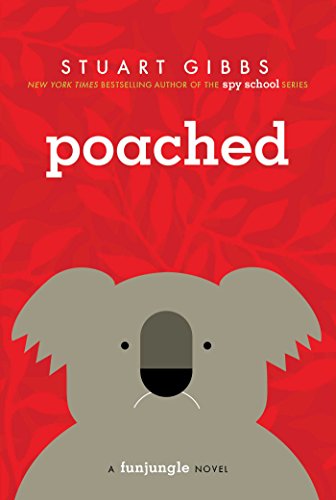 Product Description Teddy Fitzroy’s back for another zoo mystery—this time it’s a koala caper—in this action-packed follow-up to Belly Up that School Library Journal called a “whopper of a whodunit that delivers plenty of suspects, action, slapstick, gross bodily functions, red herrings, and animal trivia.” School troublemaker Vance Jessup thinks Teddy Fitzroy’s home at FunJungle, a state-of-the-art zoo and theme park, is the perfect place for a cruel prank. Vance bullies Teddy into his scheme, but the plan goes terribly awry. Teddy sneaks into the koala exhibit to hide out until the chaos dies down. But when the koala goes missing, Teddy is the only person caught on camera entering and exiting the exhibit. Teddy didn’t commit the crime—but if he can’t find the real culprit, he’ll be sent to juvie as a convicted koala-napper. About the Author Stuart Gibbs is the author of the Charlie Thorne series and the New York Times bestselling FunJungle, Spy School, and Moon Base Alpha series. He has written the screenplays for movies like  See Spot Run and  Repli-Kate, worked on a whole bunch of animated films, and developed TV shows for Nickelodeon, Disney Channel, ABC, and Fox. Stuart lives with his family in Los Angeles. You can learn more about what he’s up to at StuartGibbs.com. Excerpt. © Reprinted by permission. All rights reserved. Poached THE PRANK I would never have been accused of stealing the koala if Vance Jessup hadn’t made me drop a human arm in the shark tank. It wasn’t a real human arm. It was a plastic one Vance had stolen from a department-store mannequin. But it looked real enough through the glass of the tank, which was how all the trouble started. Vance was the toughest, meanest kid at my middle school. He was in the eighth grade, but he’d been held back. Twice. Which made him a fifteen-year-old eighth grader. Plus, he was big for his age, nearly six feet tall with biceps as thick as Burmese pythons. Every other kid looked like a dwarf next to him. There was a very long list of things I didn’t like about Lyndon B. Johnson Middle School, but Vance was at the top of it. He’d been bullying me since my first day of seventh grade—and it was now mid-December. I didn’t know what he had against me. Maybe it was because I was new at the school and thus fresh meat. Or maybe it was that, having spent most of my childhood in the Congo, I was different from all the other kids. Whatever the case, Vance homed in on me like he was a lion and I was the weakest wildebeest in the herd. Vance stole my lunch. He gave me wedgies. He flushed my homework down the toilet. I reported these incidents to my parents, who angrily informed the school principal, Mr. Dillnut. Unfortunately, Mr. Dillnut was afraid of Vance himself. So he merely threatened Vance with detention—and then ratted me out as the kid who’d squealed. If anything, this made Vance even more determined to harass me. And now he warned that if I ever got him sent to the principal again, he’d hurt me. So I fought back the only way I knew how: I played pranks on him. Covertly, of course. I filled his locker with aerosol cheese. I submerged a dead roach in his chocolate pudding. I caught a king snake and hid it in his gym bag. That one worked out the best. Vance was changing in the boys’ locker room when the snake popped out and scared him silly. Vance shrieked like a girl and fled into the gym, forgetting that he was only in his underwear until he found himself face-to-face with the entire cheerleading squad. Unfortunately, the snake tipped my hand. I’d kept my identity as the prankster secret until that point, but I was well-known at school for being good with animals. My mother was a world-famous primatologist, my father was a world-famous wildlife photographer, and I lived with both of them at FunJungle, the world’s largest zoo. Vance quickly deduced that I’d planted the snake and came looking for payback. He found me in the cafeteria on Monday, having

Current price$8.99
Since 4 months
Average price$7.81
Based on 5 years
Lowest price ever$4.78
3 years ago
Highest price ever$8.99
4 months ago
Amazing
Great
Average
High
It's not a good time to buy now, there's a 88% probability this price will decrease. Our advise is to Watch it.
Buy on Amazon

The 12 Days of Valentine's

Gravity Falls Gravity Falls: Tales of the Strange and Unexplained: (Bedtime Stories Based on Your Favorite Episodes!) (5-Minute Stories)

How to Babysit a Grandpa

Poached Funjungle, is it available on Amazon?

Yes! But at Pricepulse we inform you when is the lowest price to buy the Poached Funjungle

Should I buy the Poached Funjungle now?

It's not a good time to buy now, there's a 88% probability this price will decrease. Our advise is to Watch it.

What is the current price of Poached Funjungle?

What was the lowest price for the Poached Funjungle?