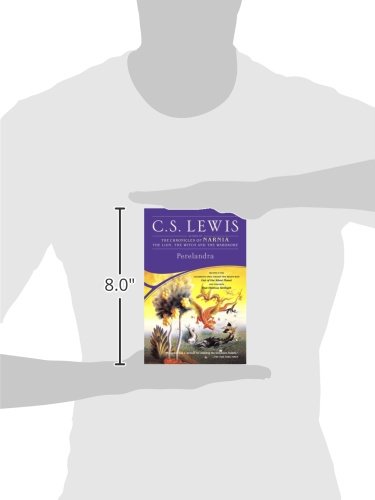 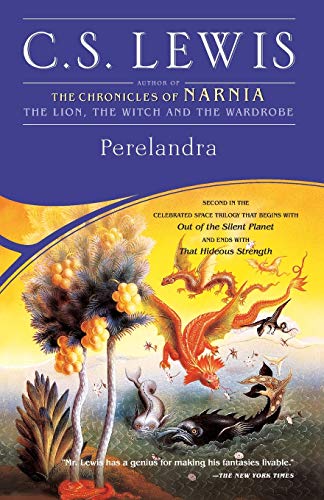 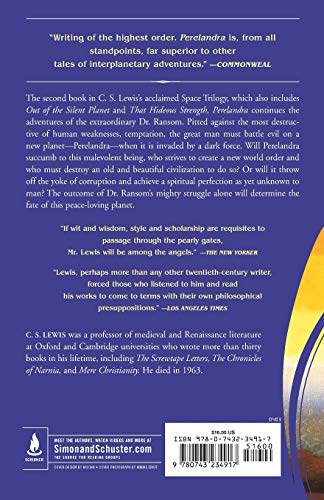 Product Description The second book in C. S. Lewis's acclaimed Space Trilogy, which also includes Out of the Silent Planet and That Hideous Strength, Perelandra continues the adventures of the extraordinary Dr. Ransom. Pitted against the most destructive of human weaknesses, temptation, the great man must battle evil on a new planet -- Perelandra -- when it is invaded by a dark force. Will Perelandra succumb to this malevolent being, who strives to create a new world order and who must destroy an old and beautiful civilization to do so? Or will it throw off the yoke of corruption and achieve a spiritual perfection as yet unknown to man? The outcome of Dr. Ransom's mighty struggle alone will determine the fate of this peace-loving planet. Review The New York Times Mr. Lewis has a genius for making his fantasies livable. Commonweal Writing of the highest order. Perelandra is, from all standpoints, far superior to other tales of interplanetary adventures. The New Yorker If wit and wisdom, style and scholarship are requisites to passage through the pearly gates, Mr. Lewis will be among the angels. Los Angeles Times Lewis, perhaps more than any other twentieth-century writer, forced those who listened to him and read his works to come to terms with their own philosophical presuppositions. About the Author C.S. Lewis was a professor of medieval and Renaissance literature at Oxford and Cambridge universities who wrote more than thirty books in his lifetime, including The Screwtape Letters, The Chronicles of Narnia, and Mere Christianity. He died in 1963. Excerpt. © Reprinted by permission. All rights reserved. Chapter 1 As I left the railway station at Worchester and set out on the three-mile walk to Ransom's cottage, I reflected that no one on that platform could possibly guess the truth about the man I was going to visit. The flat heath which spread out before me (for the village lies all behind and to the north of the station) looked an ordinary heath. The gloomy five-o'clock sky was such as you might see on any autumn afternoon. The few houses and the clumps of red or yellowish trees were in no way remarkable. Who could imagine that a little farther on in that quiet landscape I should meet and shake by the hand a man who had lived and eaten and drunk in a world forty million miles distant from London, who had seen this Earth from where it looks like a mere point of green fire, and who had spoken face to face with a creature whose life began before our own planet was inhabitable? For Ransom had met other things in Mars besides the Martians. He had met the creatures called eldila, and specially that great eldil who is the ruler of Mars or, in their speech, the Oyarsa of Malacandra. The eldila are very different from any planetary creatures. Their physical organism, if organism it can be called, is quite unlike either the human or the Martian. They do not eat, breed, breathe, or suffer natural death, and to that extent resemble thinking minerals more than they resemble anything we should recognise as an animal. Though they appear on planets and may even seem to our senses to be sometimes resident in them, the precise spatial location of an eldil at any moment presents great problems. They themselves regard space (or "Deep Heaven") as their true habitat, and the planets are to them not closed worlds but merely moving points -- perhaps even interruptions -- in what we know as the Solar System and they as the Field of Arbol. At present I was going to see Ransom in answer to a wire which had said "Come down Thursday if possible. Business." I guessed what sort of business he meant, and that was why I kept on telling myself that it would be perfectly delightful to spend a night with Ransom and also kept on feeling that I was not enjoying the prospect as much as I ought to. It was the eldila that were my trouble. I could just get used to the fact that Ransom had been to Mars...but to have met an eldil, to have spoken

Perelandra Space Trilogy Book 2, is it available on Amazon?

Yes! But at Pricepulse we inform you when is the lowest price to buy the Perelandra Space Trilogy Book 2

Should I buy the Perelandra Space Trilogy Book 2 now?

What is the current price of Perelandra Space Trilogy Book 2?

What was the lowest price for the Perelandra Space Trilogy Book 2?