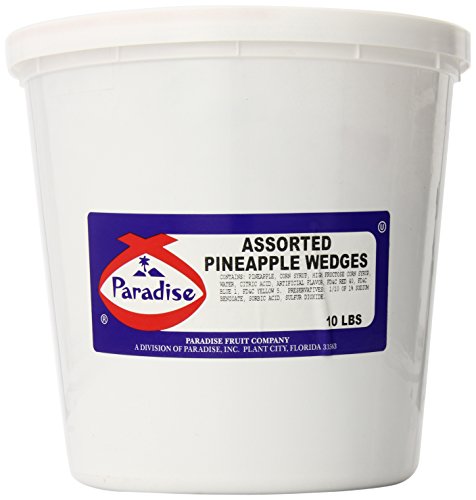 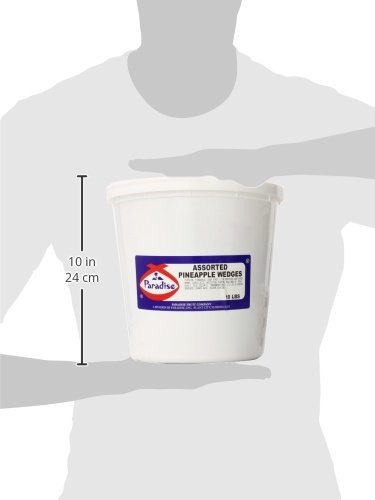 Paradise Fruit Company was incorporated in 1961 as part of Canaveral Utilities and Development Co., a land development operation on the east coast of Florida. The name "Paradise", a label used by a company that had been in the 'glace' (candied) fruit business since the end of WW2, was acquired by Canaveral during the year of incorporation. After several acquisitions and mergers with similar businesses, 'glace' fruit became the major segment of the company's business. In 1965, the name was changed to Paradise Fruit Company, Inc. During those years, there were a number of relatively small operations manufacturing candied fruit, primarily for sale to commercial bakers. The management of Paradise anticipated that there was a great potential for direct sales to homemakers through supermarkets. Over a period of several years, Paradise developed the now familiar transparent, reusable plastic containers found in almost every supermarket during the holiday season. In order to become more immediately responsive to its customers needs, the company invested in a facility to manufacture all of its packaging. This, combined with large inventories, enabled almost overnight filling and shipping of orders. During the same period, the company acquired, merged with, or was licensed by a number of competitors to become the leading marketer of 'glace' fruit products under labels that have been trusted and asked for by customers for generations. Given the increasing diversification, the name of the company was changed to Paradise, Inc. in 1993. Paradise remains an innovator in 'glace' fruit marketing, introducing in 2003 a new package design that incorporates recipes and a cash-redeemable coupon.

Current price$18.48
Since 22 days
Average price$32.59
Based on 10 years
Lowest price ever$8.50
2 years ago
Highest price ever$40.34
6 years ago
Amazing
Great
Average
High
This is absolutely the best time to buy. Don’t miss out, there's 95% probability of this price being higher soon. Buy now.
Buy on Amazon

Yes! But at Pricepulse we inform you when is the lowest price to buy the Paradise Pineapple Wedges Asst Colors 10 Pound Tub

What is the current price of Paradise Pineapple Wedges Asst Colors 10 Pound Tub?

What was the lowest price for the Paradise Pineapple Wedges Asst Colors 10 Pound Tub?