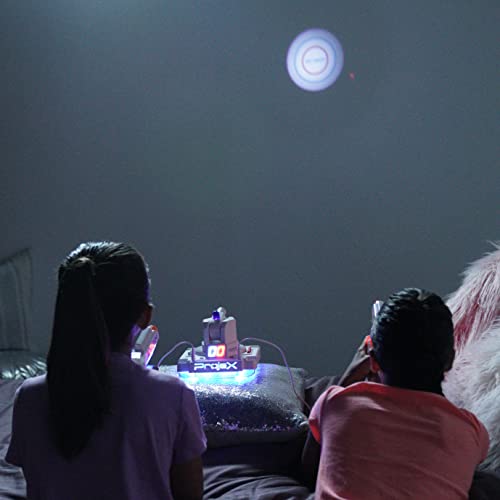 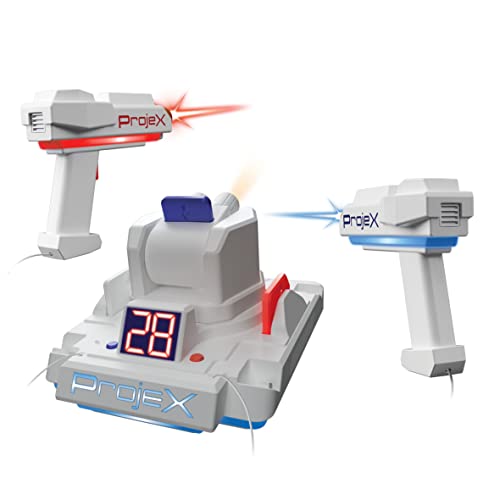 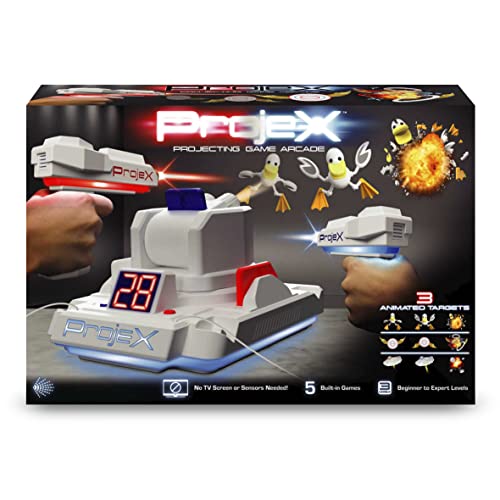 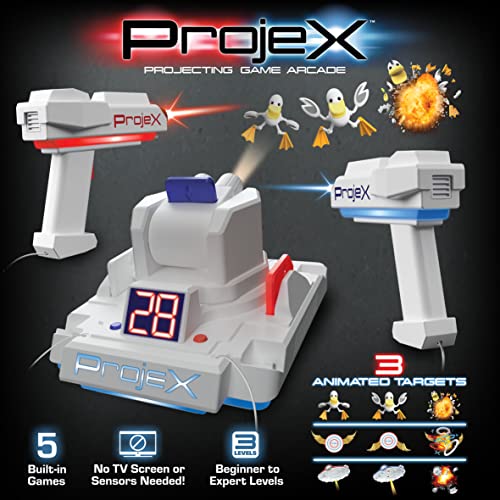 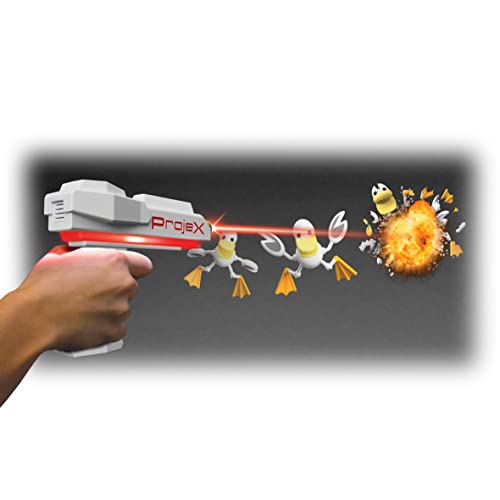 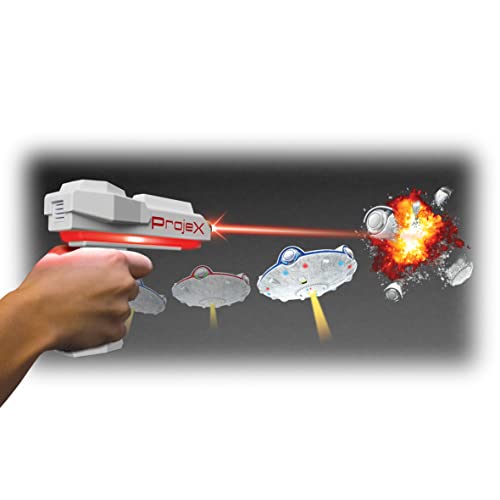 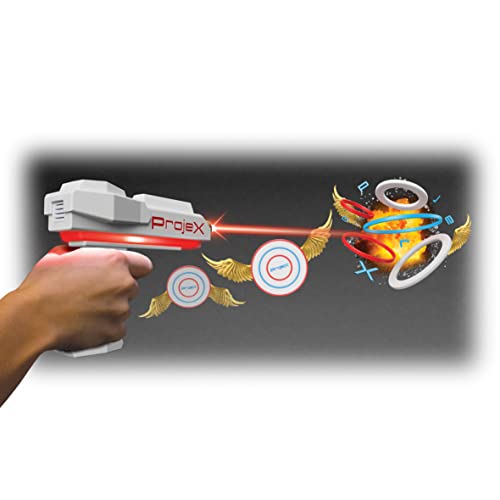 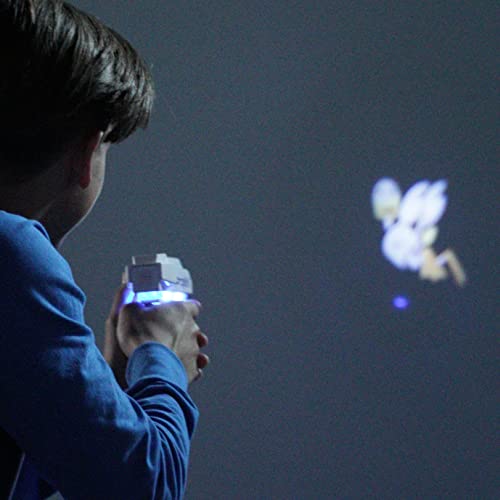 When it’s lights off, it’s game on with the ProjeX Animated Projecting Game Arcade. No TV, screens of sensors necessary. Just point ProjeX at a blank wall, grab the blaster, aim, and blast the targets! ProjeX lets you test your speed and skill as you blast the moving animated targets that it projects right onto your wall! Three interchangeable animated target image slides let you project ducks, targets or UFOs – each with its own unique sound effects and movements! Target Pointers on both blasters help your aim. There are five different built-in games and 3 skill levels from beginner to advanced and expert. Play solo, head-to-head or in “Co-Op Mode,” where two players team up to get the highest combined score. Just set the ProjeX Animated game arcade base on a low table, with the projector heads aimed at the wall, load 1 of the 3 included Target Slides and select the game you wish to play! The projector should be 5 feet from the wall and works best on a light-coloured wall. Set includes 1 x ProjeX Animated Game Unit, 2 ProjeX Blasters, 3 x Target Image Slides and 1 x Instruction Leaflet. Requires 4 x AA Batteries (not included).

Pressman Deal or No Deal

Line Up and Clear for Take Off, Aviation Board Game for Pilots and Friends. Pilotc

Nsi International Inc 52608 Projex Animated, is it available on Amazon?

Yes! But at Pricepulse we inform you when is the lowest price to buy the Nsi International Inc 52608 Projex Animated

Should I buy the Nsi International Inc 52608 Projex Animated now?

What is the current price of Nsi International Inc 52608 Projex Animated?

What was the lowest price for the Nsi International Inc 52608 Projex Animated?