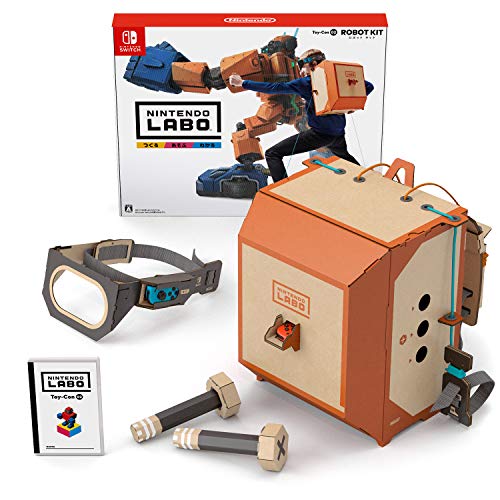 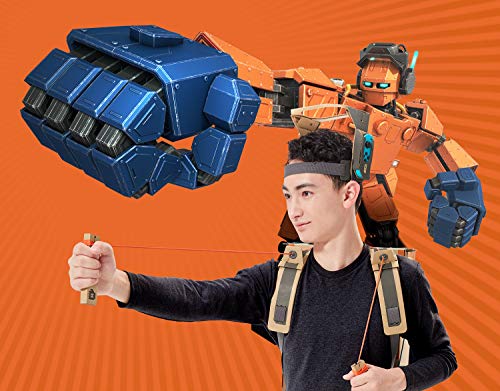 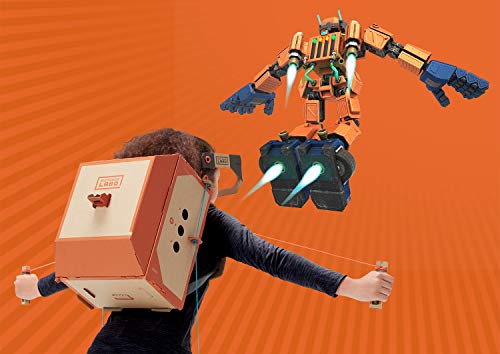 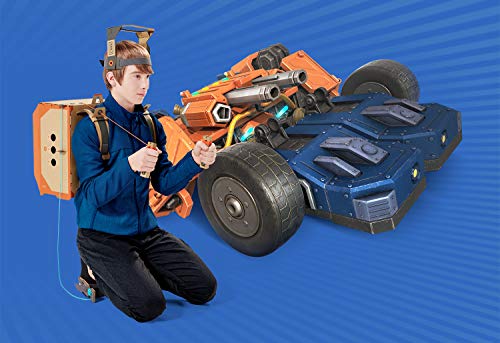 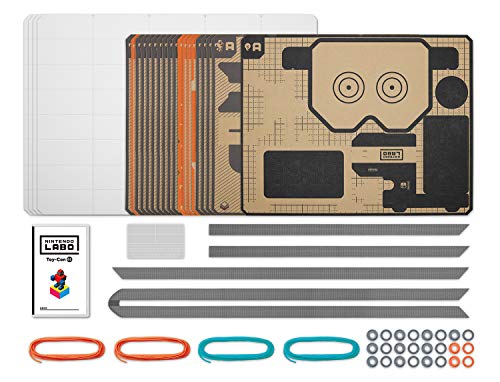 Strap In And Power Up Make a Toy-Con Robot suit…to become a robot in the game! Fold engineered, pre-cut cardboard sheets by following interactive instructions and then suit up to get playing. Wreck in-game environments and beat challenges to unlock powerful abilities. Then, discover how the Toy-Con Robot comes to life with Nintendo Switch technology and, in Toy-Con Garage, invent new ways to play. Adjustable Straps - One Size Fits All! Bust out your own markers, stickers, and more to customize your Toy-Con Robot suit—or enter the Hanger to customize your in-game robot’s appearance. By moving your hands and feet, you can maneuver the robot in the game, unleash your moves, or make sound effects! As you play, keep track of your robot’s rank, points earned, and unlocked special abilities. Discover the mechanics behind the Toy-Con Robot and how the Nintendo Switch technology brings it to life. If you’re feeling competitive, take on a friend with their own Toy-Con Robot* in a two-player battle mode on a single screen! Then go beyond in the included Toy-Con Garage mode to invent new ways to play with your Toy-Con Robot or create your very own Toy-Con projects. Invent With Toy-Con Garage Once you’ve experienced what it’s like to Make, Play, and Discover with Nintendo Labo, use everything you’ve learned to create your very own projects in Toy-Con Garage! Just take digital building-blocks called 'input nodes,' 'middle nodes,' and 'output nodes' and, with the help of this intuitive tool’s visual user interface, combine them in all sorts of different ways. Change a Toy-Con creation’s reactions to button presses, movements, and more! Toy-Con Garage includes handy tutorials to get you started. Experiment with your Toy-Con Robot, or craft original designs using your own items like cardboard and plastic cups, as you take your creativity and imagination to the next level.
Looking for Nintendo Switch at $299?
Get back to Stock Alert!

Current price$28.95
Since 8 days
Average price$57.00
Based on 2 years
Lowest price ever$28.95
8 days ago
Highest price ever$164.15
2 years ago
Amazing
Great
Average
High
This is absolutely the best time to buy. Don’t miss out, there's 65% probability of this price being higher soon. Buy now.
Buy on Amazon

Yes! But at Pricepulse we inform you when is the lowest price to buy the Nintendo Labo Toy Con 02 Robot Kit Switch Japanese

This is absolutely the best time to buy. Don’t miss out, there's 65% probability of this price being higher soon. Buy now.

What was the lowest price for the Nintendo Labo Toy Con 02 Robot Kit Switch Japanese?

The lowest historical price was $28.95