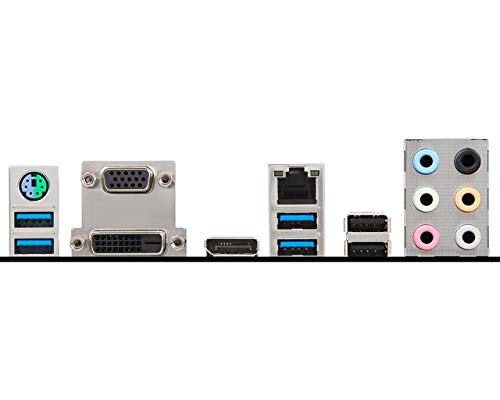 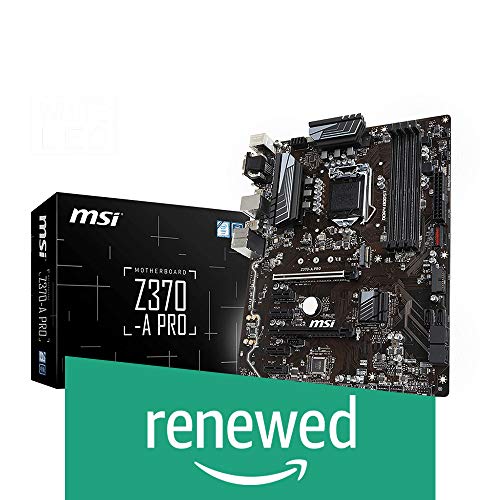 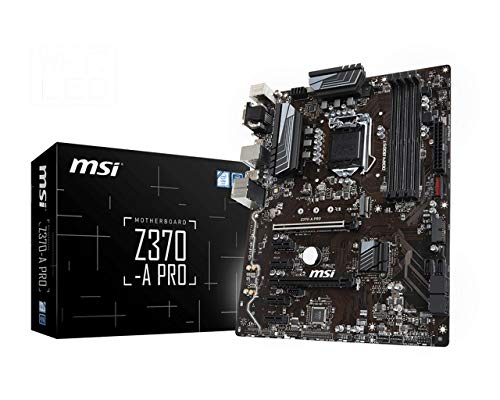 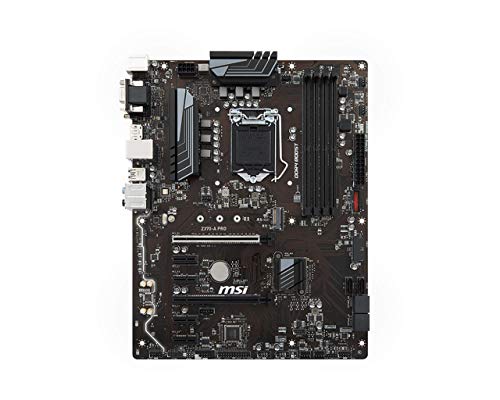 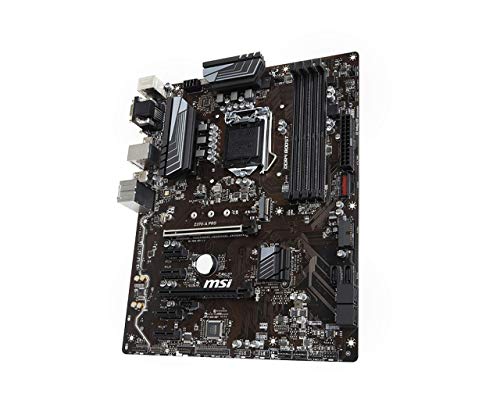 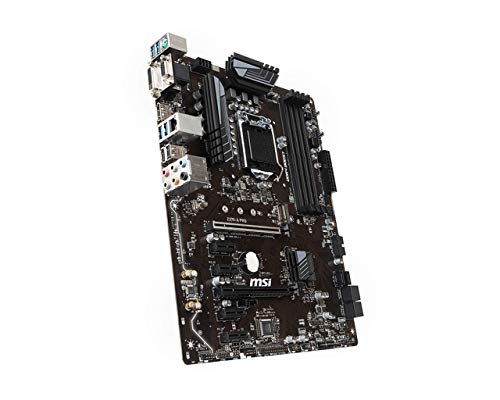 The Z370-A Pro LGA 1151 ATX Motherboard from MSI is built on the Intel Z370 chipset, supporting 8th generation Intel Core, Pentium, and Celeron processors with a LGA 1151 socket. It has four DDR4 slots that can hold up to 64GB of dual-channel RAM at speeds of up to 4000 MHz and above when overclocked. For storage, there are six SATA III ports and a single M.2 slot that can operate at speeds of up to 32 Gb/s when used with a compatible NVMe drive. While this motherboard does have VGA, DVI-D, and DisplayPort outputs for onboard graphics, it's also equipped with two PCIe 3.0 x16 slots for dedicated GPUs as well as four PCIe 3.0 x1 slots for additional PCIe-based hardware. Other notable features include Realtek ALC892 7.1-channel HD audio and Realtek 8111H Gigabit LAN.