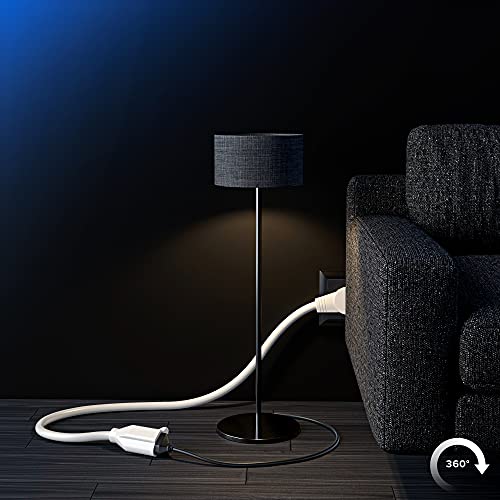 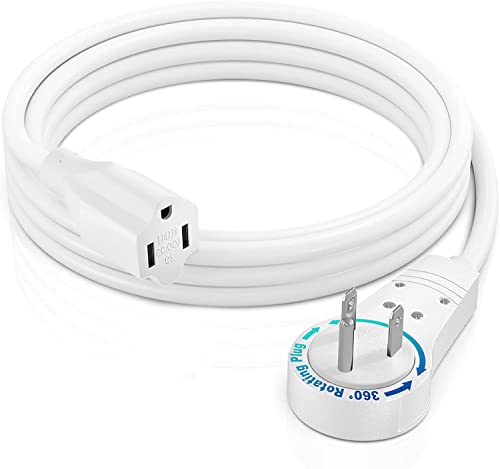 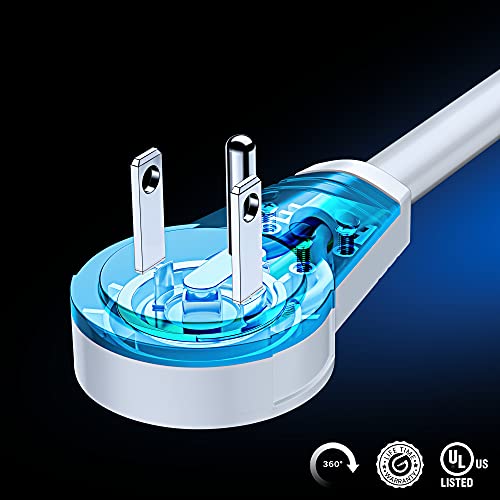 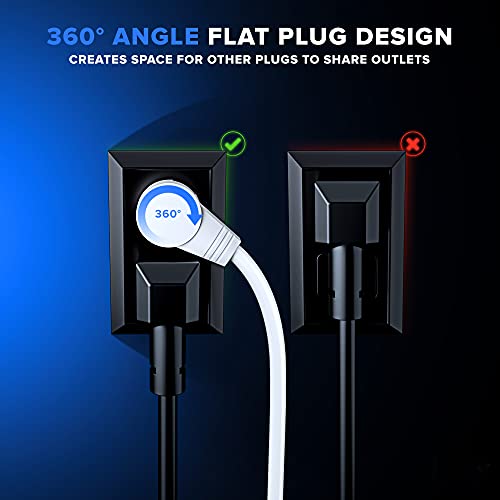 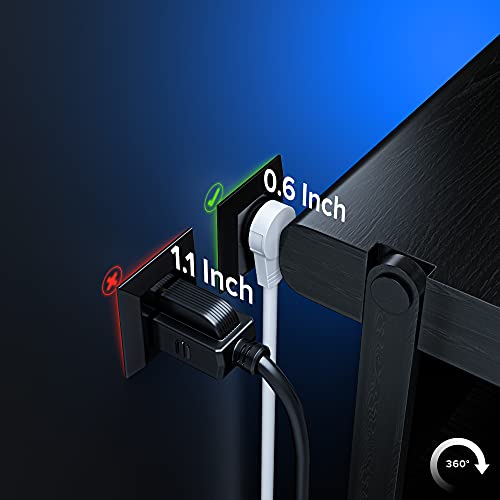 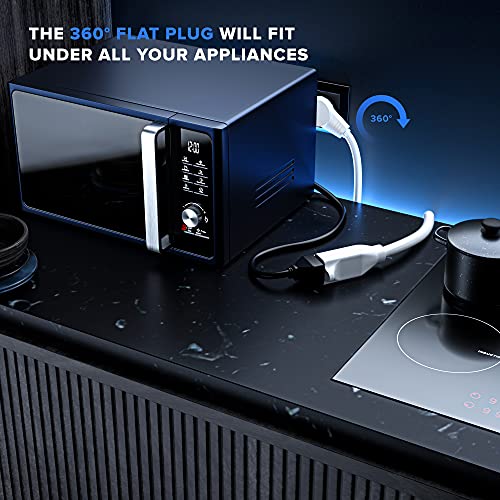 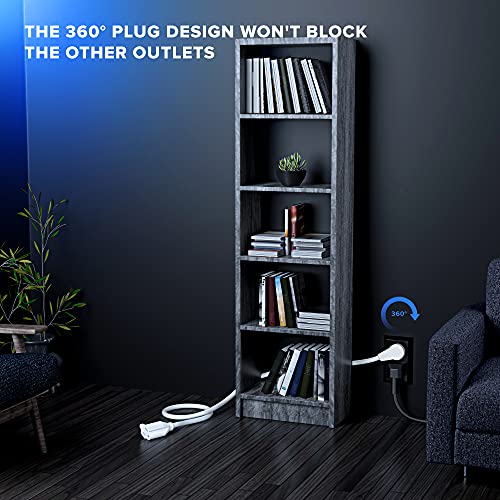 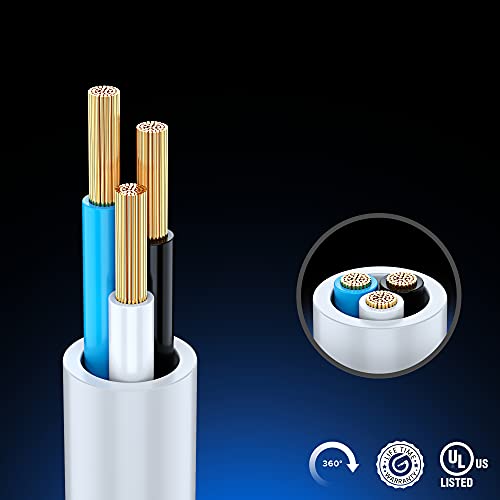 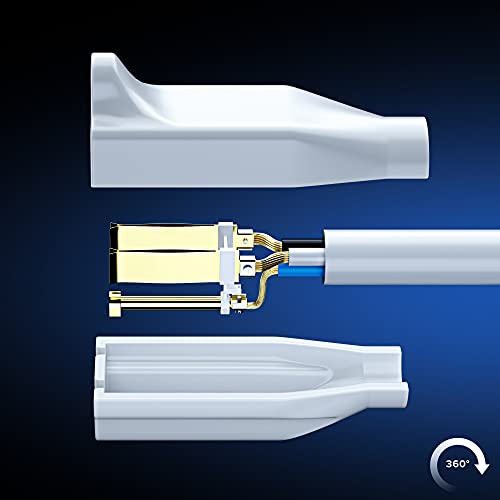 360° Rotating Flat Plug Extension Cord/Wire The rotating extension cords are unique for their sleek and adaptable design. They are versatile due to its rotating plug providing angular flexibility to a full 360 degrees, the prongs rotate in the plug so you can aim the cord in any direction you wish without blocking the other outlets. An Extension cord, power cord, power outlet Extender, extention cord or power extension cord is a length of flexible electrical power cable (flex) with a plug on one end and one or more sockets on the other end Extension cords provide power for devices with cables that can't reach any nearby electrical outlets Choosing the right type of extension cord is important to ensure electrical safety. FIRST AND FOREMOST, It should Always Have A UL Or ETL Listed According to the National Electrical Code (NEC) 360° Rotating Extension Cord Eliminates bulky or awkward cords. The flat Rotating plug. will provide you a space-saving idea Since it hugs the wall nicely and extends only a half an inch from the wall bending to a 90-degree angle it won’t poke into adjacent objects – you can place your desk, couch, bookshelf etc, right up against the wall freeing up some space. Medium-Heavy duty cords usually are grounded extension cords, which include the third wire and plug prong for grounding. They have plugs that accept three-prong grounded appliance cords. Uses: televisions, computers, and other devices that draw up to 13 amps of power Extend your power cord AND keep your UPS and surge outlets free! It is designed to work with power transformers, computers, monitors, scanners, printers, and other devices that use the 3-pin male-to-female shroud power connector. Plus, this heavy duty 16 AWG cord features a fully molded design for maximum durability and long life.

Amazing
Great
Average
High
It's not a good time to buy now, there's a 65% probability this price will decrease. Our advice is to Watch it.
Buy on Amazon

Yes! But at Pricepulse we inform you when is the lowest price to buy the Maximm Extension Cord 3 Foot White Flat Plug 360 R

It's not a good time to buy now, there's a 65% probability this price will decrease. Our advice is to Watch it.

What was the lowest price for the Maximm Extension Cord 3 Foot White Flat Plug 360 R?