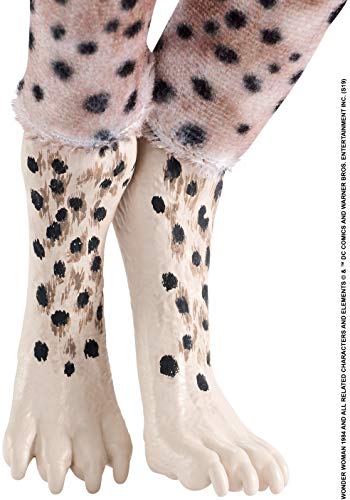 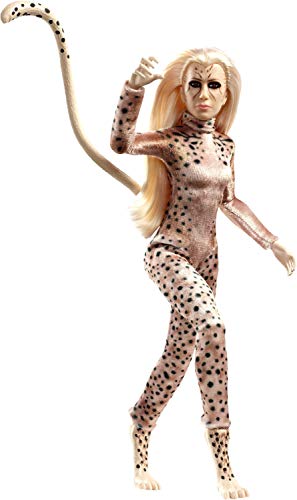 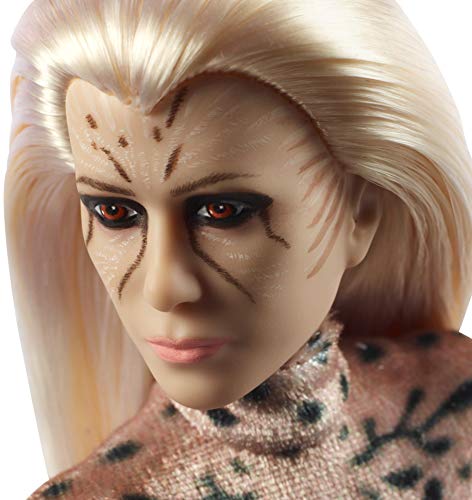 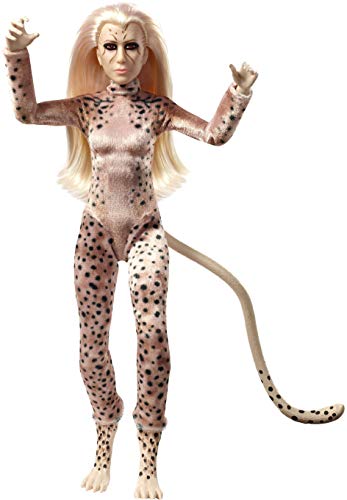 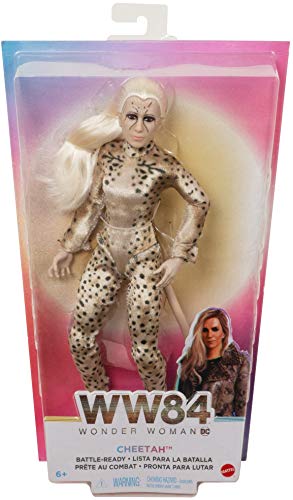 Celebrate the return of Wonder Woman™ in Wonder Woman 1984 with dolls inspired by fan-favorite characters from the movie, like the Superhero’s greatest nemesis -- Battle Cheetah! After her claws come out, Barbara Minerva™ shifts from friend to foe, becoming the fiercest rival Wonder Woman™ has yet to face. This Battle Cheetah doll is inspired by her final transformation into the powerful Super-Villain, and with head-to-toe true-to-movie details, she’s prepared to fight for her claim to power. Her fierce look includes a furry cheetah-skin suit with realistic cheetah print, clawed cheetah feet and a tail. Flexibility at the shoulders, elbows, hips, knees and ankles ready Battle Cheetah doll for powerful poses and play. Fans can relive so many epic movie moments with this battle-ready Cheetah doll, perfect for displays or action-play. With Wonder Woman 1984 dolls and toys, kids can collect their favorite characters to build out the world and create their own super-heroic stories! Each sold separately, subject to availability. Colors and decorations may vary.

Current price$19.94
Since 6 days
Average price$18.04
Based on 2 months
Lowest price ever$13.99
42 days ago
Highest price ever$19.94
6 days ago
Amazing
Great
Average
High
It's not a good time to buy now, there's a 32% probability this price will decrease. Our advise is to Watch it.
Buy on Amazon

Yes! But at Pricepulse we inform you when is the lowest price to buy the Mattel Wonder Woman 1984 Cheetah Doll 115 Inch Wea

It's not a good time to buy now, there's a 32% probability this price will decrease. Our advise is to Watch it.

What is the current price of Mattel Wonder Woman 1984 Cheetah Doll 115 Inch Wea?

What was the lowest price for the Mattel Wonder Woman 1984 Cheetah Doll 115 Inch Wea?

The lowest historical price was $13.99