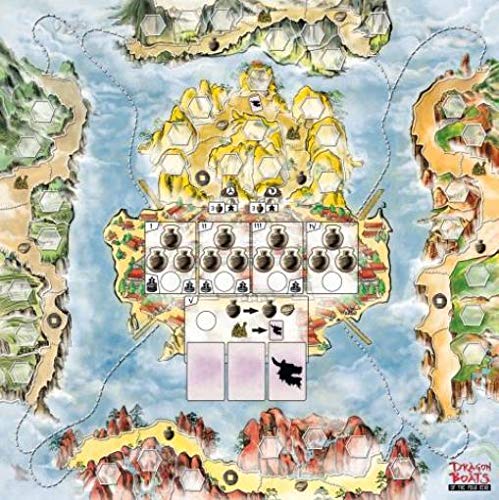 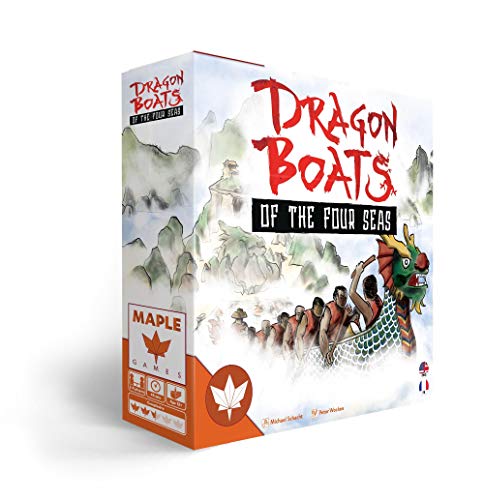 In Dragon boats of the four seas, zhong-guo, the middle Kingdom, is an island surrounded by the four Dragon seas. After a long period of strife, zhong-guo has once again been unified and the noble houses rise from the ashes, hoping to cross the Dragon seas and reach The wealthy Vassal States of the former empire. In zhongguo, Dragons are believed to be good luck and sources of celestial power, so the people make offerings to Dragons at temples and cast coins with the images of Dragons on them to bring fortune at the marketplace. Farmers invoke Dragons over their fields for a bountiful harvest and boats are made in the likeness of Dragons for protection on the dangerous waters. As the leader of one of the noble houses of zhong-guo, you must build farms, trade, and make offerings for the safe passage of your ships to these forgotten lands. Recapture the glory of the old empire and ride the Dragon boats to victory!

Current price$31.15
Since 42 days
Average price$35.33
Based on 16 months
Lowest price ever$13.45
8 months ago
Highest price ever$49.99
8 months ago
Amazing
Great
Average
High
This is a great price to buy! There's a 70% probability this price will be higher. Our advise is Buy it now.
Buy on Amazon

The Very Hungry Caterpillar - What Can You Do? Game

Blue Orange Games Once Upon A Castle, Brown/A

Hasbro Gaming Guess Who? Game Original Guessing Game for Kids Ages 6 and Up for 2 Players

Matagot Dragon Boats, is it available on Amazon?

Yes! But at Pricepulse we inform you when is the lowest price to buy the Matagot Dragon Boats

Should I buy the Matagot Dragon Boats now?

What is the current price of Matagot Dragon Boats?

What was the lowest price for the Matagot Dragon Boats?