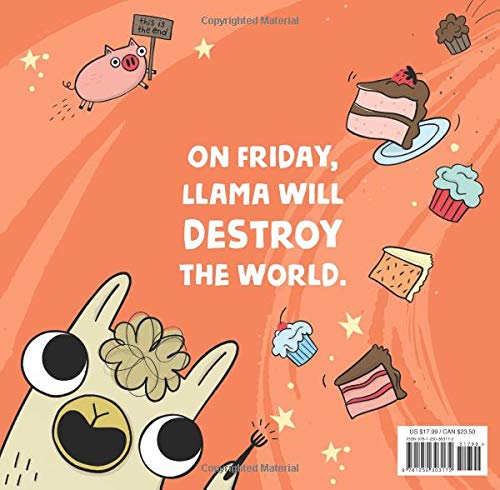 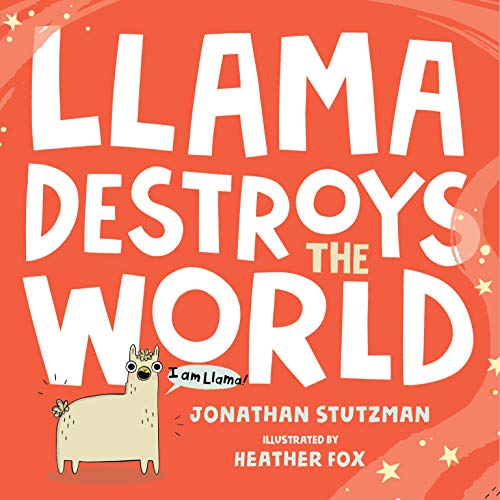 About the Author Jonathan Stutzman is an award-winning filmmaker and a picture book author. He is the author of numerous books for children, including Don't Feed the Coos, Santa Baby, the Llama trilogy, and the Tiny T-Rex series. He received his masters at Temple University for film and digital media. He lives in Lititz, Pennsylvania, with his wife, the illustrator Heather Fox. Fitz and Cleo is his debut graphic novel. Heather Fox is an illustrator and graphic designer, creating art in pen and ink, digital, and gouache. She is the illustrator of Don't Feed the Coos, Santa Baby, and the Llama trilogy. She lives in Lititz, Pennsylvania, with her husband, the writer Jonathan Stutzman. Fitz and Cleo is her debut graphic novel. Product Description Meet Llama, the next great picture-book megastar, who has most definitely driven a bus and who loves tacos way more than you. He also loves cake, and that’s where our story begins. On Monday, Llama discovers a pile of cake, which he promptly eats. On Tuesday, Llama squeezes into his dancing pants, which he promptly rips. The force of the rip creates a black hole (naturally). By Friday, Llama will (indirectly) destroy the world. In their debut picture book, author/illustrator team Jonathan Stutzman and Heather Fox introduce young readers to the comical, the studious, the oblivious Llama, a picture-book hero for the ages. So grab some cake and your dancing pants and prepare for Llama Destroys the World... because THE TIME FOR LLAMA IS NIGH! From School Library Journal PreS-Gr 2—On Monday, goofy, quirky Llama discovers a pile of cake, which he promptly consumes. The next day, being full of cake, he struggles to put on his dancing pants. Eventually, he wiggles into the pants, but once he starts dancing the pants rip, causing a chain reaction of mistakes that the narrator informs readers will cause the end of the world by Friday. Playful and colorful, this quasi-doom-filled story is reminiscent of the humor of Dragons Love Tacos by Adam Rubin or Unicorn Thinks He's Pretty Great by Bob Shea. The bold illustrations are a bit chaotic at times, but fitting to the story. Llama has wacky eyes and cannot say more than "I am Llama" and "dat" adding to his dopey charm. Adults will enjoy this read just as much as kids, being able to recognize the reference to "The Cha-Cha Slide" and nods to the scientific method. Full of rich vocabulary and alliteration, there is plenty of opportunity for kids to learn a thing or two from this lovable llama. Further, there is a positive message that even at seemingly the worst of times, such as the universe being sucked into a black hole, things usually work out on the other side. VERDICT A first joint effort from husband and wife team, this story will have readers chuckling again and again and coming back for more, just like Llama.—Kaitlin Malixi, Kensington Health Sciences Academy, Philadelphia Review Summer 2019 Kids’ Indie Next List Pick "Silly fun."―People Magazine "Filled with llama drama and will having everyone laughing out loud."―Romper "[A] super silly, amazingly original, best-when-read-aloud picture book."―BookPage "Dessert has never seemed so epic." ―Publishers Weekly, Starred Review "The goofy premise itself will elicit giggles, but it’s innocently wide-eyed Llama who really sells the silliness of the story."―The Bulletin of the Center for Children's Books, Starred Review "Will make Rubin and Salmieri's fans split their own pants." ―Kirkus "[T]his story will have readers chuckling again and again and coming back for more, just like Llama."―School Library Journal

A Couch for Llama

A Couch for Llama

Llama Destroys The World A Llama Book 1, is it available on Amazon?

Yes! But at Pricepulse we inform you when is the lowest price to buy the Llama Destroys The World A Llama Book 1

Should I buy the Llama Destroys The World A Llama Book 1 now?

What is the current price of Llama Destroys The World A Llama Book 1?

What was the lowest price for the Llama Destroys The World A Llama Book 1?