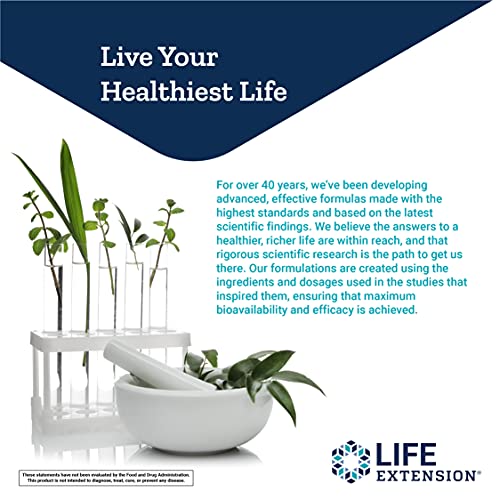 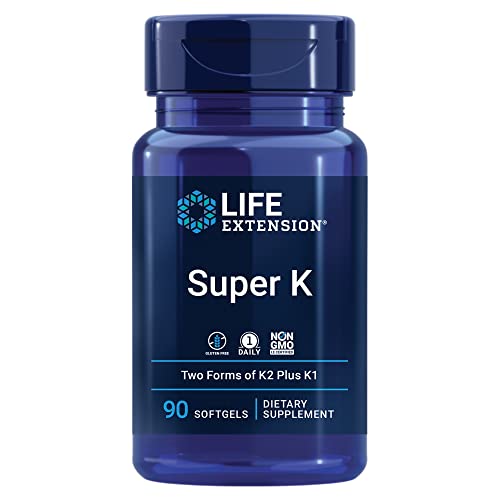 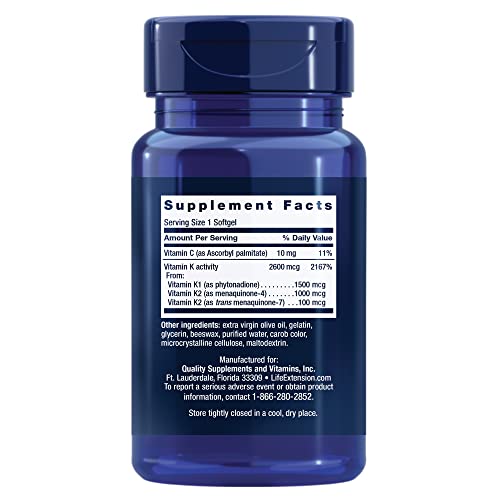 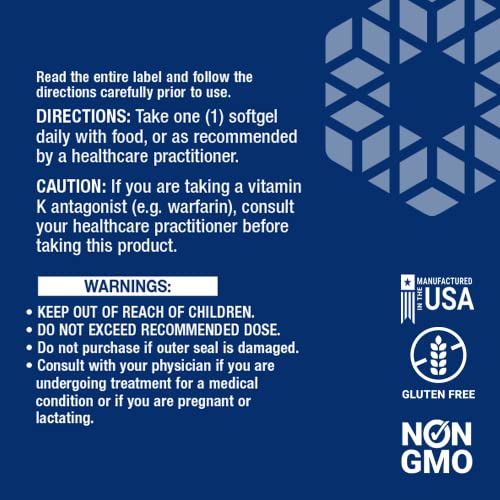 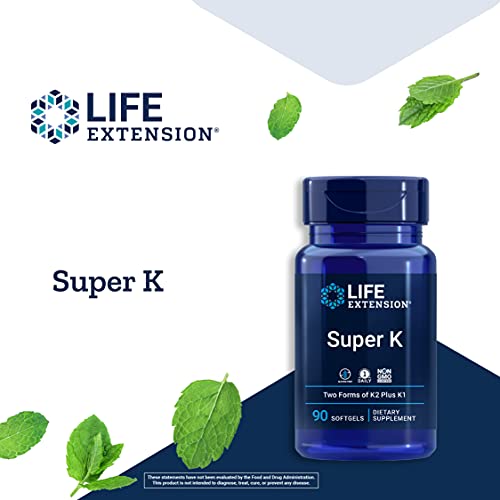 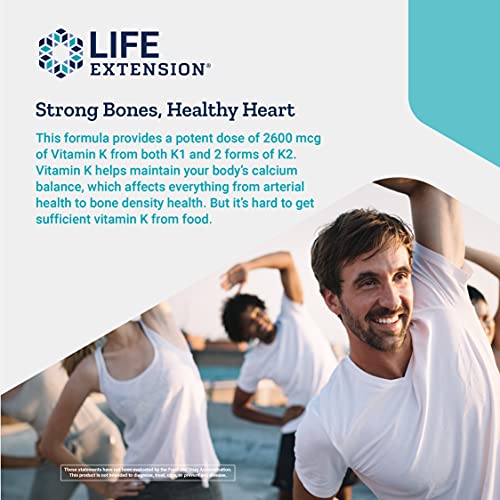 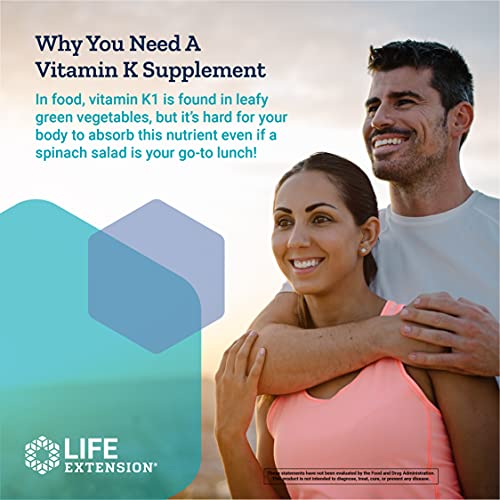 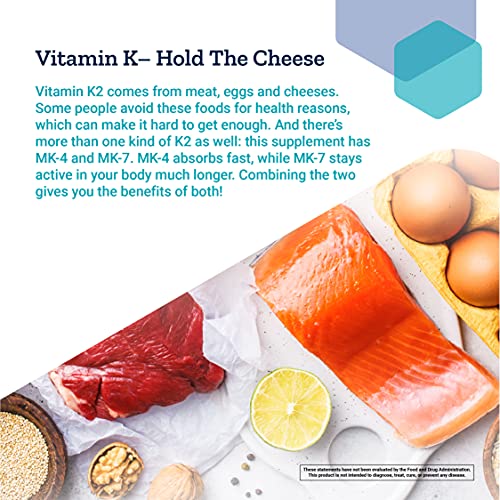 Vitamin K helps maintain your body’s calcium balance, which affects everything from arterial health to bone density health. But it’s hard to get sufficient vitamin K from food. So if you’re trying to maintain bone or arterial health, a vitamin K supplement is a good idea. More facts about Super K : Super K provides THREE kinds of vitamin K: vitamin K1 and two forms of K2, menaquinone-4 (MK-4) and menaquinone-7 (MK-7). So taking Super K every day is a good way to make sure you’re getting enough of this essential nutrient for bone and vascular heath. Bone and arterial health : Vitamin K helps maintain bone density by facilitating the incorporation of calcium into your bones. Vitamin K also supports normal function of a protein called matrix Gla-protein (MGP). MGP helps regulate how calcium interacts with your arterial walls.3 So in addition to facilitating calcium incorporation into bone, vitamin K helps promote a healthy calcium balance in your arteries as well. Clinically studied health benefits : The Rotterdam Heart Study is a large-scale clinical study. One report from this study involved 4,800 subjects tracked for at least seven years. It revealed that people who consume more dietary K2 have healthier cardiovascular systems compared with people who consume lower amounts.4Multiple studies have shown vitamin K’s value to maintaining arterial health. And vitamin K supplementation is a good way to support healthy bone strength and bone density. Vitamin K1 : The most common form of vitamin K, known as K1, is tightly bound to plant cells in leafy green vegetables. Not only do many people not enjoy these vegetables, but vitamin K from these sources may be poorly absorbed. Vitamin K2 : In contrast, vitamin K2, which is found in small amounts in cheese, egg yolks and some meats, has been found to be up to eight times more bioavailable than K1 and to remain active in the body for a longer period of time. The MK-4 form of K2 has been shown to be rapidly absorbed, but to only last in the bloodstream for a short time. MK-7, on the other hand, was demonstrated to stay available in the body for up to 48 hours and at much higher levels. And our MK-7 is made from an innovative bio-fermentation process. Get your daily dose of Vitamin K : Just one daily softgel of Super K provides 100 mcg of vitamin K2 (MK-7); 1,000 mcg of vitamin K2 (MK-4); and 1,500 mcg of vitamin K1.

Amazing
Great
Average
High
Although this is an Average price, there's a 55% probability this price will be higher. Our advice is Buy Now.
Buy on Amazon

Life Extension Super K Vitamin K1 And Two Forms Of, is it available on Amazon?

Yes! But at Pricepulse we inform you when is the lowest price to buy the Life Extension Super K Vitamin K1 And Two Forms Of

Should I buy the Life Extension Super K Vitamin K1 And Two Forms Of now?

Although this is an Average price, there's a 55% probability this price will be higher. Our advice is Buy Now.

What is the current price of Life Extension Super K Vitamin K1 And Two Forms Of?

What was the lowest price for the Life Extension Super K Vitamin K1 And Two Forms Of?