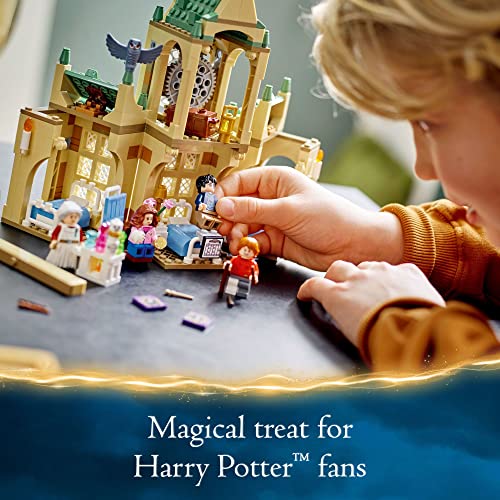 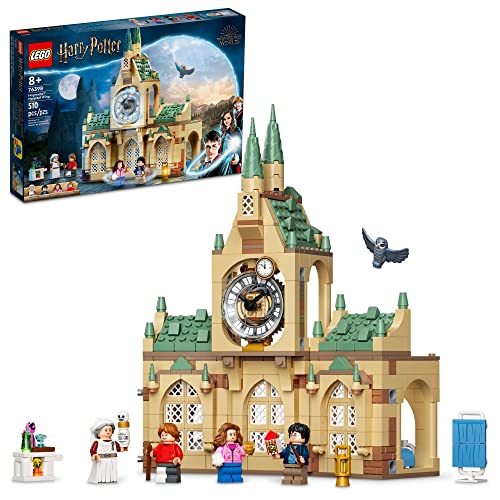 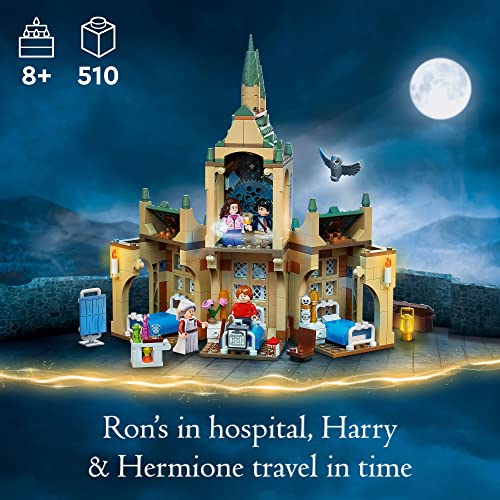 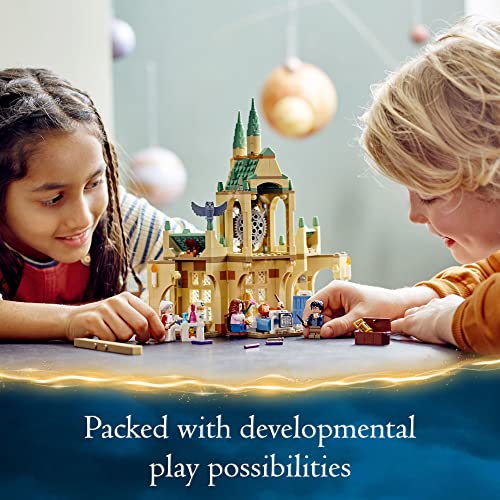 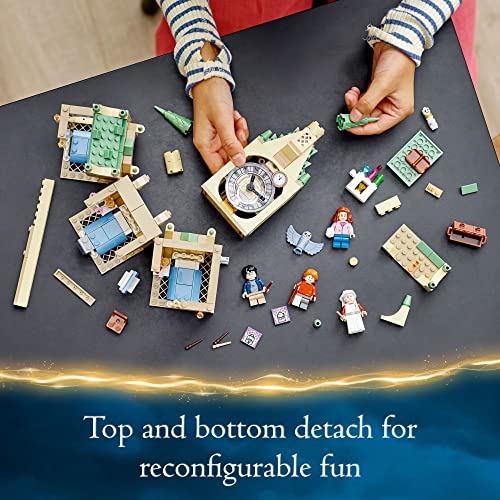 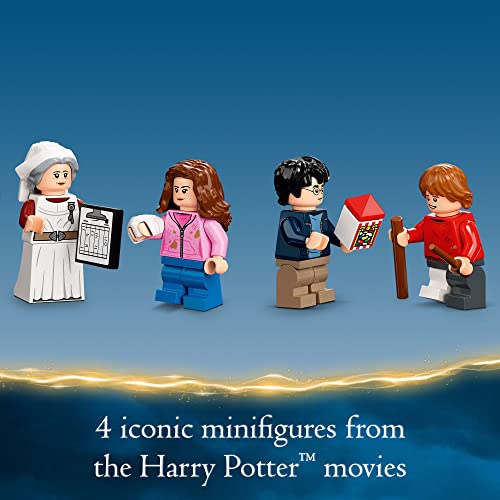 LEGO Harry Potter Hogwarts Hospital Wing (76398) is bursting with magical play possibilities for kids aged 8+, from caring role play in the infirmary to time-travel adventures in the clock tower.Perfect for Harry Potter fans.Young witches and wizards join Harry Potter, Ron Weasley and Hermione Granger in a versatile playset based on a memorable scene from Harry Potter and the Prisoner of Azkaban. Inside the Hogwarts Hospital Wing are 3 beds, a screen and Madam Poppy Pomfrey pushing her cart filled with potions and candy. Ron’s in bed with a bandaged leg, and there’s a bottle of the revolting Skele-gro to hand. Meanwhile, up in the clock tower, Harry and Hermione are using the Time-Turner. Kids twist the tower’s turret to make the clock’s hands spin and travel back in time for another magical adventure. The top and bottom halves of the set detach so other modules can be stacked in between, and the set connects with others in the series to create an entire Hogwarts Castle.

Amazing
Great
Average
High
This is absolutely the best time to buy. Don’t miss out, there's 63% probability of this price being higher soon. Buy now.
Buy on Amazon

Star Wars The Black Series The Client Toy 6-Inch-Scale The Mandalorian Collectible Action Figure, Toys for Kids Ages 4 and Up

Yes! But at Pricepulse we inform you when is the lowest price to buy the Lego Harry Potter Hogwartshospital Wing 76398 Buil

This is absolutely the best time to buy. Don’t miss out, there's 63% probability of this price being higher soon. Buy now.

What is the current price of Lego Harry Potter Hogwartshospital Wing 76398 Buil?

What was the lowest price for the Lego Harry Potter Hogwartshospital Wing 76398 Buil?