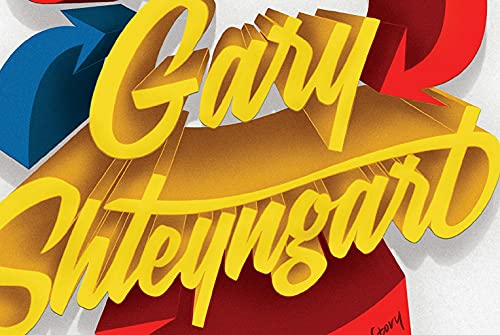 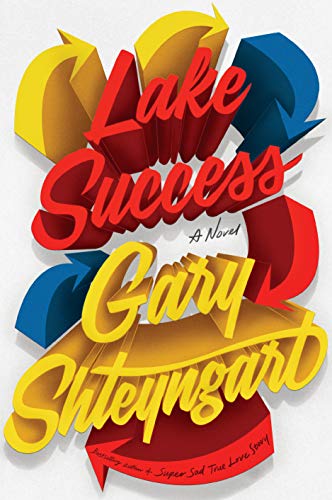 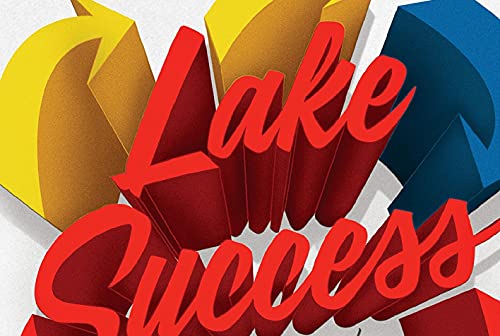 Product Description “Spectacular.”—NPR • “Uproariously funny.”—The Boston Globe • “An artistic triumph.”—San Francisco Chronicle • “A novel in which comedy and pathos are exquisitely balanced.”—The Washington Post • “Shteyngart’s best book.”—The Seattle Times The bestselling author of Super Sad True Love Story returns with a biting, brilliant, emotionally resonant novel very much of our times.NAMED ONE OF THE TEN BEST BOOKS OF THE YEAR BY SAN FRANCISCO CHRONICLE AND MAUREEN CORRIGAN, NPR’S FRESH AIR AND NAMED ONE OF THE BEST BOOKS OF THE YEAR BY The New York Times Book Review • NPR • The Washington Post • O: The Oprah Magazine • Mother Jones • Glamour • Library Journal • Kirkus Reviews • Newsday • Pamela Paul, KQED • Financial Times • The Globe and Mail Narcissistic, hilariously self-deluded, and divorced from the real world as most of us know it, hedge-fund manager Barry Cohen oversees $2.4 billion in assets. Deeply stressed by an SEC investigation and by his three-year-old son’s diagnosis of autism, he flees New York on a Greyhound bus in search of a simpler, more romantic life with his old college sweetheart. Meanwhile, his super-smart wife, Seema—a driven first-generation American who craved the picture-perfect life that comes with wealth—has her own demons to face. How these two flawed characters navigate the Shteyngartian chaos of their own making is at the heart of this piercing exploration of the 0.1 Percent, a poignant tale of familial longing and an unsentimental ode to what really makes America great. LONGLISTED FOR THE CARNEGIE MEDAL FOR EXCELLENCE IN FICTION “The fuel and oxygen of immigrant literature—movement, exile, nostalgia, cultural disorientation—are what fire the pistons of this trenchant and panoramic novel. . . . [It is] a novel so pungent, so frisky and so intent on probing the dissonances and delusions—both individual and collective—that grip this strange land getting stranger.” —The New York Times Book Review  “Shteyngart, perhaps more than any American writer of his generation, is a natural. He is light, stinging, insolent and melancholy. . . . The wit and the immigrant’s sense of heartbreak—he was born in Russia—just seem to pour from him. The idea of riding along behind Shteyngart as he glides across America in the early age of Trump is a propitious one. He doesn’t disappoint.” —The New York Times  Amazon.com Review : By most measures, Barry Cohen has achieved the American Dream. He manages a hedge fund with $2.4 billion in assets. He lives in Tribeca and has a beautiful wife. He even has a case full of extremely expensive watches. He appears, at least on the surface, to be a highly unlikely candidate for a cross-country journey to find himself. But when we first meet Barry, he is stressed out and unhappy, and he is bleeding because his wife recently attacked him. Soon we learn that there is more imperfection in his life: his son is autistic and an SEC investigation is hanging over his head. So when Barry gets on a Greyhound and tries to leave it all behind (naively seeking out a long lost college girlfriend), we understand the allure he finds in busing himself into the unknown. There is humor in this novel, much of it recognizably Shteyngartian; there is also a dark line running across this story like a line drawn across a map. Shteyngart traces that line, setting his story in the summer of 2016. As Barry meets “real” Americans—i.e. the other 99.9%-- they help to fill in the parts of Barry that are missing. Some readers will feel for Barry’s plight, some won’t. It was Shteyngart’s incisive observations about how we view ourselves and our country that drew me in. There are many different American Dreams out there. But are dreams real? --Chris Schluep, Amazon Book Review Review “This is a novel that seems to have been created in real time, reflecting with perfect comedy and horrible tragedy exactly what America feels like right this minute. As I read  Lake Success, I barked with laught

Amazing
Great
Average
High
Although this is an Average price, there's a 62% probability this price will be lower. If you can wait, our advice is to Watch it.
Buy on Amazon

Lake Success A Novel, is it available on Amazon?

Yes! But at Pricepulse we inform you when is the lowest price to buy the Lake Success A Novel

Should I buy the Lake Success A Novel now?

Although this is an Average price, there's a 62% probability this price will be lower. If you can wait, our advice is to Watch it.

What is the current price of Lake Success A Novel?

What was the lowest price for the Lake Success A Novel?