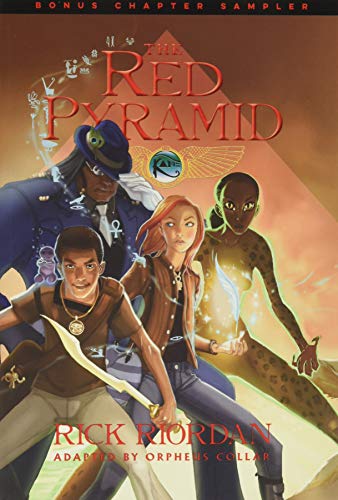 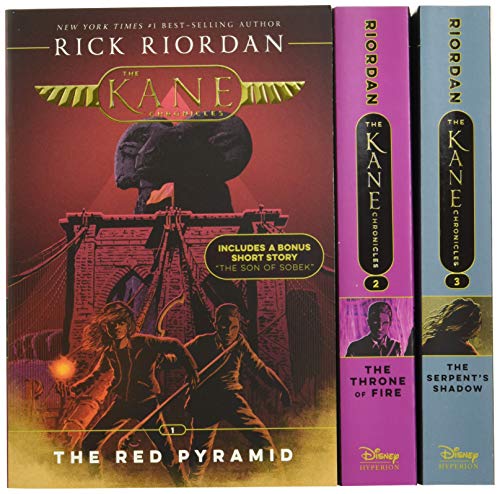 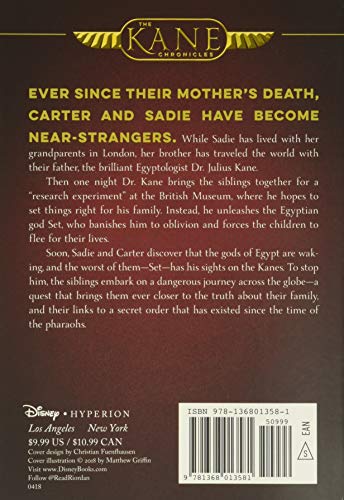 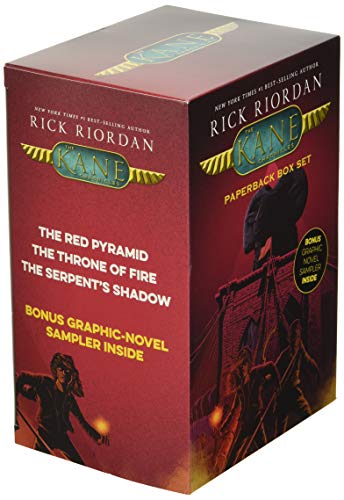 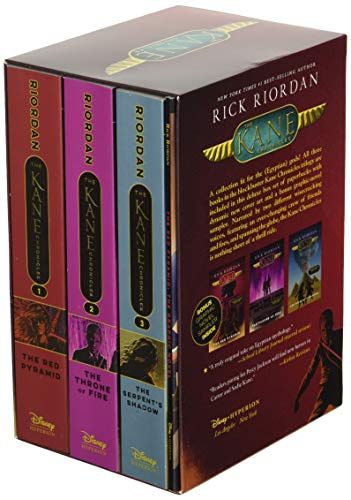 Product Description From New York Times best-selling author, Rick Riordan, comes a unique and exciting take on Ancient Egyptian mythology and is now available in a paperback box set complete with a bonus graphic novel sampler! A collection fit for the (Egyptian) gods! All three books in the blockbuster Kane Chronicles trilogy are included in this deluxe boxed set of paperbacks, each with dynamic cover art, and a bonus graphic novel sampler.  This boxed set will be a treasure trove for readers of all ages, whether they're experiencing Sadie and Carter's amazing adventures for the first time or are faithful fans eager to devour the saga all over again.  Narrated by two different wisecracking voices, featuring an ever-changing crew of friends and foes, and with adventures spanning the globe, the Kane Chronicles is nothing short of a thrill ride. About the Author Rick Riordan, dubbed "storyteller of the gods" by Publishers Weekly, is the author of five #1 New York Times best-selling middle grade series with millions of copies sold throughout the world: Percy Jackson and the Olympians, The Heroes of Olympus, and the Trials of Apollo, based on Greek and Roman mythology; the Kane Chronicles, based on Ancient Egyptian mythology; and Magnus Chase and the Gods of Asgard, based on Norse mythology. Rick collaborated with illustrator John Rocco on two #1 New York Times best-selling collections of Greek myths for the whole family: Percy Jackson's Greek Gods and Percy Jackson's Greek Heroes. He is also the publisher of an imprint at Disney Hyperion, Rick Riordan Presents, dedicated to finding and promoting other authors of mythology-based fiction representing various cultures from around the world. Rick lives in Boston, Massachusetts with his wife and two sons. Follow him on Twitter at @camphalfblood.

I Believe in Santa Claus

Kane Chronicles The Paperback Box Set The Kane Chr, is it available on Amazon?

Yes! But at Pricepulse we inform you when is the lowest price to buy the Kane Chronicles The Paperback Box Set The Kane Chr

Should I buy the Kane Chronicles The Paperback Box Set The Kane Chr now?

What is the current price of Kane Chronicles The Paperback Box Set The Kane Chr?

What was the lowest price for the Kane Chronicles The Paperback Box Set The Kane Chr?