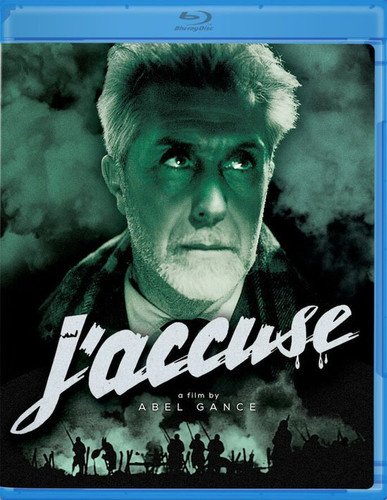 "J accuse, director Abel Gance s (Napoleon) indictment of war, is a tale of romance and idealism in the tradition of Tolstoy s War and Peace and Jean Renoir s La Grande Illusion. Set against the backdrop of World War I, the idealistic poet Jean Diaz (Victor Francen, A Farewell to Arms), in pursuit of a higher calling, having witnessed the horrors of war, seeks to create a technology that will put an end to future bloodshed. Jean s hopes for a peaceful resolution are soon dashed when investor Henri Chimax (Jean-Max, Satan s Paradise) appropriates Jean s plans knowing that another world war, looming on the horizon, will profit him financially J accuse features supporting performances by Line Noro (Pépé le Moko), Paul Amiot (Le Cercle Rouge), André Nox (Savage Brigade) and Marie Lou (The Woman Thief). Directed by Abel Gance, J accuse (which used his epic 1919 silent screen version as a template) is both a stirring indictment of man s inhumanity to man and man s capacity for love and compassion."

Amazing
Great
Average
High
It's not a good time to buy now, there's a 91% probability this price will decrease. Our advice is to Watch it.
Buy on Amazon

Jaccuse Blu Ray, is it available on Amazon?

Yes! But at Pricepulse we inform you when is the lowest price to buy the Jaccuse Blu Ray

Should I buy the Jaccuse Blu Ray now?

It's not a good time to buy now, there's a 91% probability this price will decrease. Our advice is to Watch it.

What is the current price of Jaccuse Blu Ray?

What was the lowest price for the Jaccuse Blu Ray?