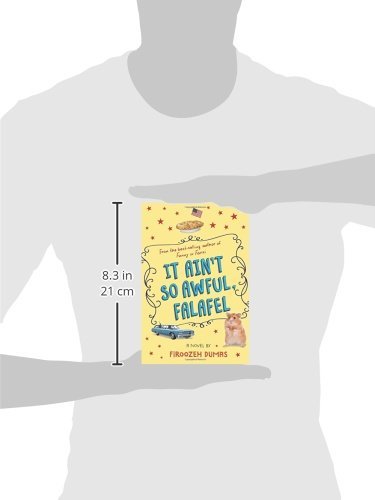 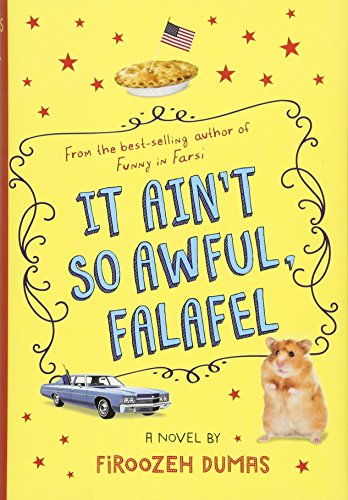 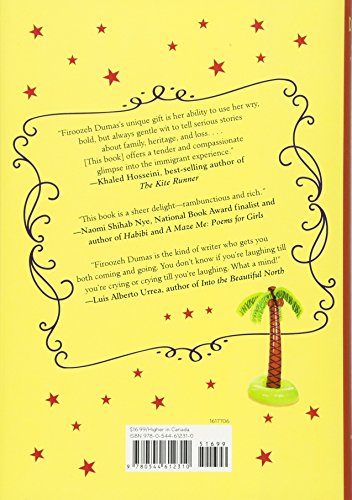 Product Description Zomorod (Cindy) Yousefzadeh is the new kid on the block . . . for the fourth time. California’s Newport Beach is her family’s latest perch, and she’s determined to shuck her brainy loner persona and start afresh with a new Brady Bunch name—Cindy. It’s the late 1970s, and fitting in becomes more difficult as Iran makes U.S. headlines with protests, revolution, and finally the taking of American hostages. Even mood rings and puka shell necklaces can't distract Cindy from the anti-Iran sentiments that creep way too close to home. A poignant yet lighthearted middle grade debut from the author of the best-selling Funny in Farsi. From School Library Journal Gr 4–7—In Dumas's first foray into middle grade fiction, readers follow Zomorod Yousefzadeh through middle school in Newport Beach, CA, during the Iran hostage crisis. Zomorod, who goes by Cindy (like in The Brady Bunch), and her family are from Iran, living in America while her father works to build an oil refinery in their home country with American engineers. While the Yousefzadehs are able to fly under the radar in their early days in America, mostly being mistaken for Mexican, their entire situation changes when Iranian students storm the U.S. Embassy and take American hostages. Facing hostile racism and the loss of their only source of income, Cindy's family learns what it means to stick together, to create the best of an awful situation, and to embrace their heritage while incorporating new customs and friendships into their lives. This title reads more like a memoir than narrative fiction, which makes sense given Dumas's previous adult titles, Funny in Farsi (2003) and Laughing Without an Accent (2008, both Villard). Although the dialogue sometimes borders on textbooklike explanations of Iranian history, this tactic might be necessary for young readers to truly understand the underlying problems in later action. Dumas gives each short chapter a clever title, includes humorous asides throughout the narration, and keeps readers engaged with the very real and relatable difficulties of finding friends after moving, dealing with family issues both domestic and abroad, and discovering one's own identity in middle school. VERDICT For large middle grade collections looking to widen their diverse, upper middle grade offerings. Hand to fans of Malala Yousafzai's I Am Malala (Little, Brown, 2014) or Erin Entrada Kelly's Blackbird Fly (HarperCollins, 2015).—Brittany Staszak, St. Charles Public Library, IL Review The New York Historical Society's inaugural New Americans Book Prize 2017 Booklist Editors' Choice 2016 Kirkus Best of 2016 Raleigh News & Observer Best of 2016 Time Magazine Best of 2016 "Insightful, sobering, and hilarious." —People magazine "Filled with humorous touches and authentic cultural references, Dumas’s story will resonate not just with young immigrants but with any readers trying to adapt to new situations." —Publishers Weekly * "Dumas’ semi-autobiographical novel is both funny and affecting...Readers will be thoroughly invested in Cindy’s story, whether holding their breath or laughing out loud, and always hoping that the Yousefzadehs will come out on top." —Booklist, STARRED review * "[A] fresh take on the immigrant experience—authentic, funny, and moving from beginning to end." —Kirkus Reviews, STARRED review "[It Ain't So Awful, Falafel] is funny, affecting, and nuanced...The novel doesn’t sugarcoat the issues, but it balances these serious notes with preteen antics and melodramas that Blume would be proud of; Cindy’s voice will undoubtedly draw in readers from all backgrounds." —Horn Book "...keeps readers engaged with the very real and relatable difficulties of finding friends after moving, dealing with family issues both domestic and abroad, and discovering one’s own identity in middle school." —School Library Journal “Firoozeh Dumas’s unique gift is her ability to use her wry, bold, but always gentle wit

It Aint So Awful Falafel, is it available on Amazon?

Yes! But at Pricepulse we inform you when is the lowest price to buy the It Aint So Awful Falafel

Should I buy the It Aint So Awful Falafel now?

What is the current price of It Aint So Awful Falafel?

What was the lowest price for the It Aint So Awful Falafel?