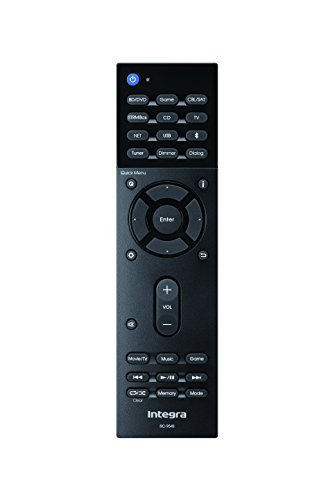 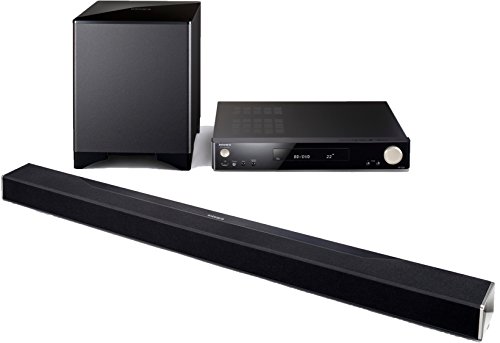 The Integra DLB-5 is an exciting state-of-the-art feature-laden and versatile 3.1.2 sound bar system. It's described as a system because it consists of 3 components; a slim line 5.1 channel network AV receiver specifically engineered to connect to the included sleek object-based surround sound bar designed for Dolby Atoms and DTS-X playback, and a wireless subwoofer. The receiver is 50 watts per channel and the subwoofer also has its own 50 watt amp section. There's even a subwoofer pre-out for those that choose to introduce an alternative powered subwoofer. The slim line receiver can find itself easily sitting inside of any cabinet or perhaps alongside, on top of, or underneath your DVR, as well as on any shelf, or it can be integrated into a rack. In addition to having object-based surround capabilities, the system is 4K / UHD compatible, Wi-Fi and Bluetooth compatible, and provides access to multiple internet radio sources such as Tidal, Pandora, Spotify, Deeper, and Tune In; along with Airplay and Hires Audio playback. It also offers Google Chromecast and DTS Play-Fi for multi-room audio applications. 4 HDMI inputs are available along with USB, to slink (optical) connectivity, and an Ethernet port for IP Control and metadata feedback. Accrues room calibration is on board too, along with a Hires GUI that will make your menu and album art pop. All easily controlled by the included IR remote, the Integra Control Pro app for iOS or Android, or a 3rd party control system.