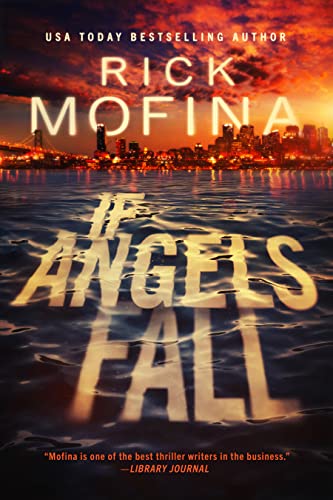 Little by little, stop after stop, three-year-old Danny Becker wanders further from his inattentive, overworked dad on a San Francisco subway car. In the rush of people stepping onto and off the train Danny is bumped to the platform when the doors close behind him. Strange, strong hands carry him away.

As the train leaves the station, Danny's frantic father searches the moving car in vain.

Tom Reed, a disgraced reporter with The San Francisco Star, pursues the new abduction. But he is tormented by the fear that he may have caused the suicide of an innocent man suspected of murdering Tanita Donner a year ago. His editor wants him fired. His wife has left him to wrestle with his demons. His life coming apart, the Danny Becker story is Reed's last chance at redemption.

The lead investigator on the Donner case is one of Reed's only remaining friends, San Francisco Homicide Inspector, Walt Sydowski, an outstanding detective and lonely widower haunted by the fact he cannot solve the girl's heartbreaking death.

Both men grapple with the past while they race the clock to learn the truth behind the nightmare that has descended on the Bay Area.

IF ANGELS FALL, is the first book of the award-winning five-book Tom Reed - Walt Sydowski series. It is followed by COLD FEAR, BLOOD OF OTHERS, NO WAY BACK and BE MINE.

Rick Mofina is a former journalist who has interviewed murderers on death row in Montana and Texas, flown over L.A. with the LAPD and patrolled with the Royal Canadian Mounted Police near the Arctic. He's also reported from the Caribbean, Africa and Kuwait's border with Iraq. His true-crime freelance work has appeared in The New York Times, The Telegraph (London, U.K.), Reader’s Digest, Penthouse, Marie Claire and The South China Morning Post, (Hong Kong). He has

If Angels Fall Tom Reed Series Book 1, is it available on Amazon?

Yes! But at Pricepulse we inform you when is the lowest price to buy the If Angels Fall Tom Reed Series Book 1

Should I buy the If Angels Fall Tom Reed Series Book 1 now?

What is the current price of If Angels Fall Tom Reed Series Book 1?

What was the lowest price for the If Angels Fall Tom Reed Series Book 1?