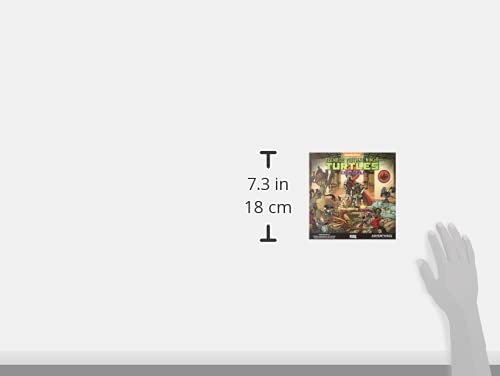 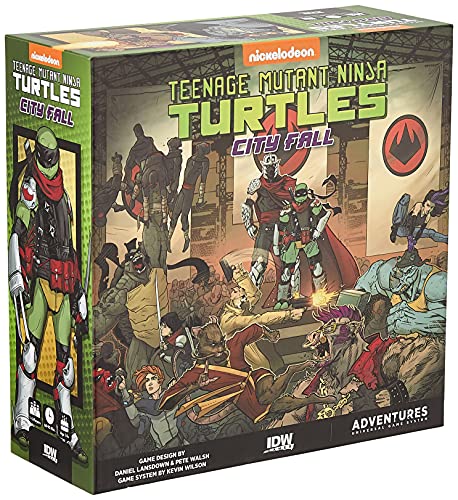 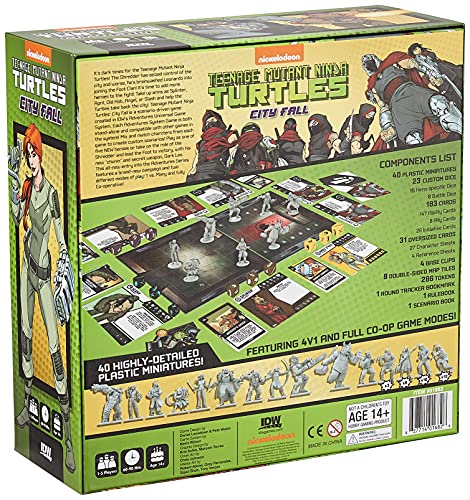 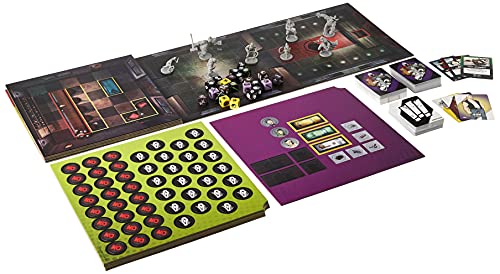 It's dark times for the teenage Mutant Ninja Turtles! The shredder has seized control of the city and worse, he's Brainwashed Leonardo into joining the foot Clan! It's time to add more heroes to the fight! Take up arms as Splinter, April, old hob, angel, or Slash and help the Turtles take back the city! Teenage Mutant Ninja Turtles adventures: city fall is a scenario-driven miniatures role-playing game created in idw's adventures Universal game system. Play as one of five new heroes or take on the role of the shredder and lead the foot to victory, with his newchuninand secret weapon, dark Leo. This all-new entry into the adventures Universal game system Features a brand new campaign and two different modes of play: 1 vs. Many and fully co-operative! Each adventures game is both stand-alone and compatible with other games in the system! Mix and match characters from each game to create custom scenarios!

Amazing
Great
Average
High
This is absolutely the best time to buy. Don’t miss out, there's 66% probability of this price being higher soon. Buy now.
Buy on Amazon

Monopoly for Sore Losers Board Game for Ages 8 and Up, The Game Where it Pays to Lose

KETIEE 3 in 1 Tabletop Shuffleboard,Bowling and Curling Game Set,Portable Family Board Games for Kids and Adults (12”x47”)

Match and Learn Puzzle Game Bundle for Learning Basic Education Skills, for Families and Kids Ages 3 and up

Yes! But at Pricepulse we inform you when is the lowest price to buy the Idw Games Teenage Mutant Ninja Turtles Adventures

What is the current price of Idw Games Teenage Mutant Ninja Turtles Adventures?

What was the lowest price for the Idw Games Teenage Mutant Ninja Turtles Adventures?