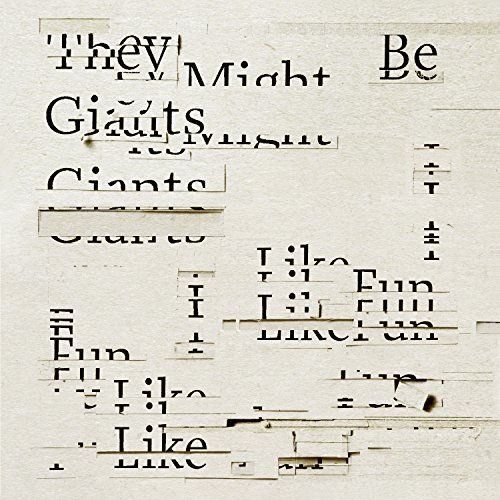 They Might Be Giants is back! The Brooklyn originals can't stop and won't stop, with 2018 already destined to be one of their most magnificent and productive years to date. Thirty-five years deep into their epic career, this January will see the release of their brand-new studio album I Like Fun. The fifteen-track album was produced with and mixed by Patrick Dillett (St. Vincent, David Byrne, Mary J. Blige, The National, Donald Fagen) and recorded at Reservoir Studios (the former Skyline Studios where TMBG recorded their platinum album Flood). The lead track;I Left My Body; is a prime slice of the power They Might Be Giants commands. Hyper-melodic, fresh, and ever rocking, They Might Be Giants formidable live lineup enjoys a reputation for delivering one of the best shows around, and this album is a real showcase for that musical energy. I Like Fun jumps with surprises, vitality, and the startling, singular point of view TMBG always delivers. Coinciding with the album's release is the first leg of the band's extensive world tour that kicks off with a fifty-city run across the US. And 2018 will also see the resurrection of TMBG's legendary Dial-A-Song service on streaming sites everywhere, featuring new music all year long!

Yes! But at Pricepulse we inform you when is the lowest price to buy the I Like Fun

What is the current price of I Like Fun?

What was the lowest price for the I Like Fun?