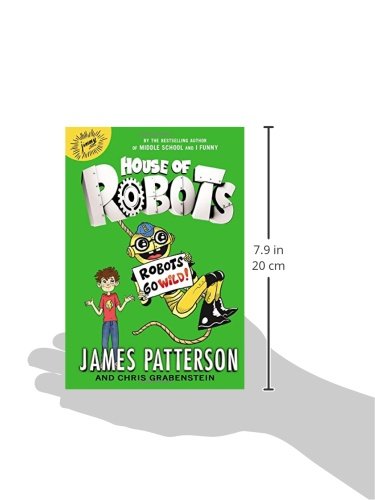 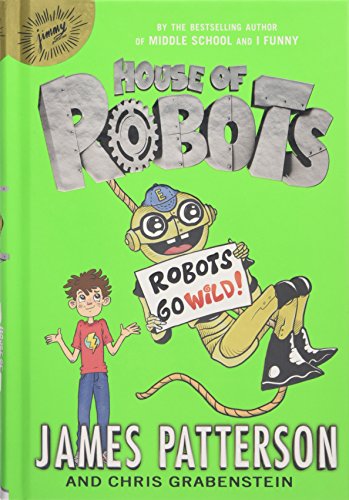 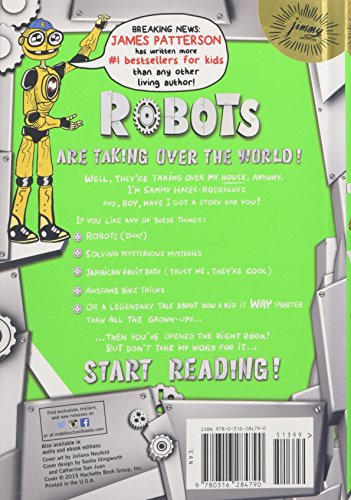 Product Description In book two of the House of Robots series, it's 'bot brains versus 'bot brawn in an all-out war! Sammy Hayes-Rodriguez and his "bro-bot" E are making new friends every day as E works as his bedridden sister Maddie's school proxy. But disaster strikes when E malfunctions just in time to be upstaged by the super-cool new robot on the block-and loses his ability to help Maddie. Now it's up to Sammy to figure out what's wrong with E and save his family! About the Author James Patterson has had more New York Times bestsellers than any other writer, ever, according to Guinness World Records. Since his first novel won the Edgar Award in 1977 James Patterson's books have sold more than 300 million copies. He is the author of the Alex Cross novels , the most popular detective series of the past twenty-five years, including Kiss the Girls and Along Came a Spider. He writes full-time and lives in Florida with his family.

Amazing
Great
Average
High
Although this is an Average price, there's a 66% probability this price will be higher. Our advice is Buy Now.
Buy on Amazon

Although this is an Average price, there's a 66% probability this price will be higher. Our advice is Buy Now.