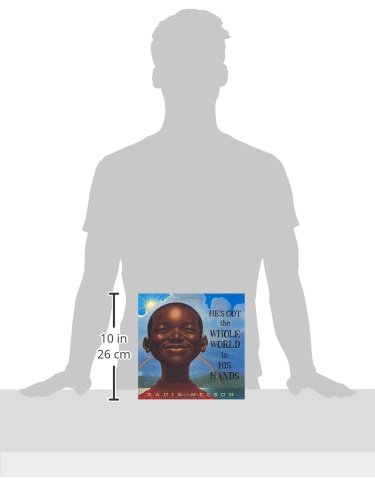 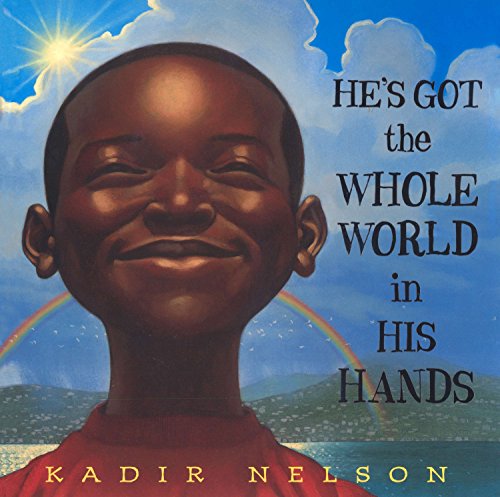 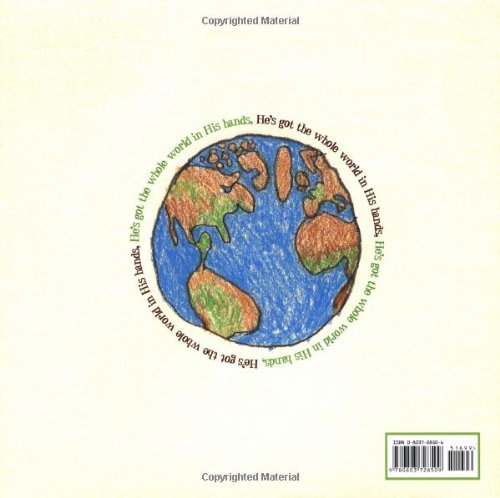 Product Description What began as a spiritual has developed into one of America’s best-known songs, and now for the first time it appears as a picture book, masterfully created by award-winning artist Kadir Nelson.Through sublime landscapes and warm images of a boy and his family, Kadir has created a dazzling, intimate interpretation, one that rejoices in the connectedness of people and nature. Inspired by the song’s simple message, Kadir sought to capture the joy of living in and engaging with the world. Most importantly, he wished to portray the world as a child might see it—vast and beautiful. From School Library Journal Starred Review. PreSchool-Grade 2–Nelson's vibrant signature illustrations rendered in pencil, oil, and watercolor breathe new meaning and life into this favorite Sunday school spiritual in which families, communities, and forces of nature are celebrated with lively images and inspiring scenes. The cover painting of an African-American boy against a colorful landscape beckons readers inside to discover the wonders of creation. With each page turn and line of verse, Nelson gives fresh, thought-provoking interpretations to the lyrics that will stir the imagination and spark discussion. For example, He's got my brothers and my sisters in His hands depicts the boy, present throughout the book, holding a childlike drawing of people of different races and skin tones, suggesting the notion that all humanity should be viewed as brothers and sisters. The simple, repetitious flow of the words and the refrain make this an excellent read-aloud choice as well as a sing-along favorite. A moving, artistic celebration of our world and the people who share in its splendors. –Tracy Bell, Eastway Elementary School, Durham, NC Copyright © Reed Business Information, a division of Reed Elsevier Inc. All rights reserved. From Booklist *Starred Review* PreS-Gr. 2. This picture book's surprisingly intimate interpretation of the well-known spiritual makes it accessible to young children and their own "whole world." Nelson uses pencils, oils, and watercolors to create a series of striking, beautifully composed pictures. The opening scene of sun just visible beyond the arc of the earth in space gives way to a San Francisco cityscape with the sun against the skyline. With the words, "He's got my brothers and my sisters in His hands," the pictures introduce an African American boy holding up a childlike portrait of his multi-ethnic family. His fingers on the sides of the picture visually echo God's hands supporting his brothers and sisters in the song. A series of double-page spreads show the boy with family (particularly his father) engaged in a variety of activities: flying kites, fishing, doing a jigsaw puzzle of the earth. In the end, the scenes move away from the immediate family, enlarging the child's vision to include a park full of people, a hillside of homes by the bay, and finally, a shuttle's-eye view of the earth's curve, with the moon and stars lying beyond. The last double-page spread carries the piano music and four verses of the song, followed by a historical note. Winner of the Coretta Scott King Award for illustration for Ellington Was Not a Street (2004), Nelson envisions the song in a highly personal and involving manner while embodying its strength and spirit. Carolyn Phelan Copyright © American Library Association. All rights reserved Review "Nelson uses the old spiritual—offered here, astonishingly, in its first singleton, illustrated edition,though it’s available in many collections—as a springboard to celebrate family togetherness. Each line of a four-verse version of the lyric captions an intimate scene of an African-American lad, three sibs (one, lighter-skinned, perhaps adopted) and two parents in various combinations, posing together in both city (San Francisco) and country settings, sharing "the moon and the stars," "the wind and the clouds," "the oceans and the seas," and so on. Sandwiched b

Can You Hear It?

If You Plant a Seed

A House Is a House for Me

Can You Hear It?

If You Plant a Seed

A House Is a House for Me