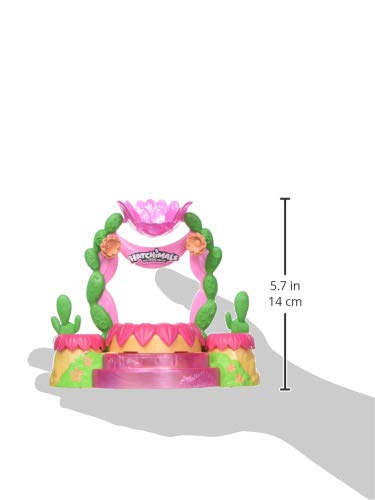 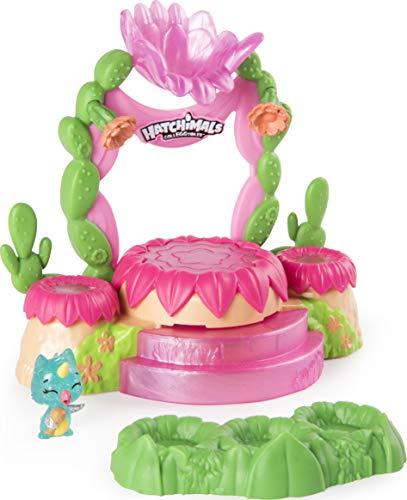 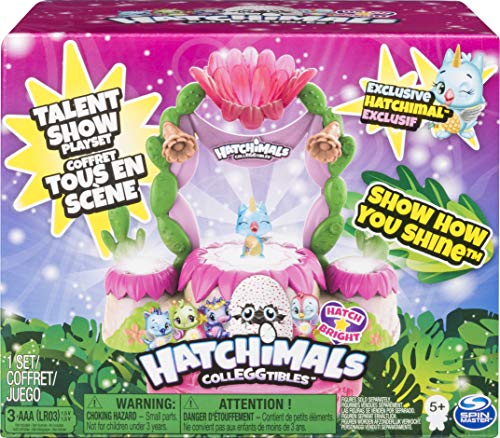 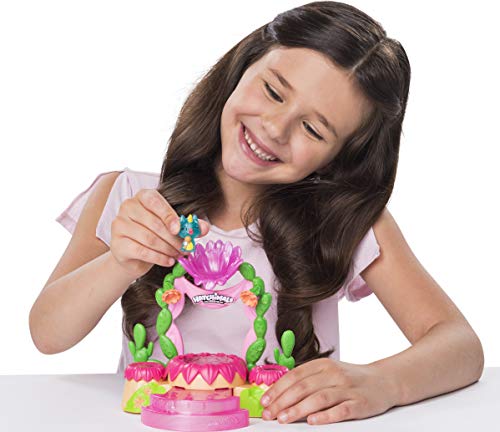 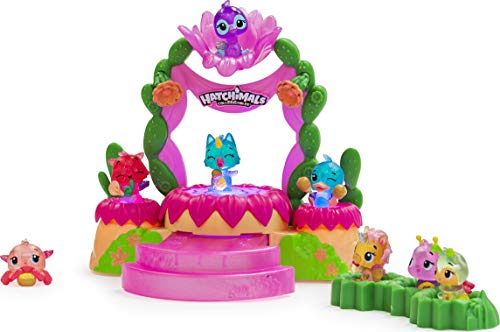 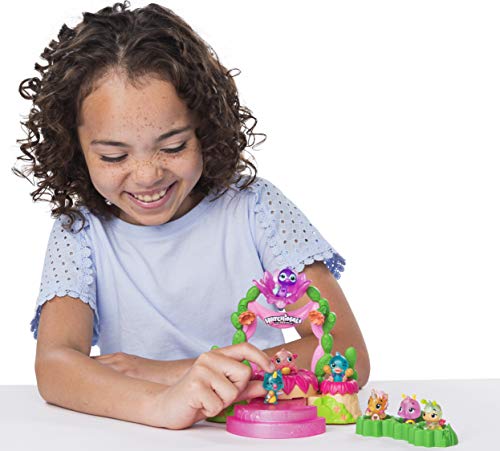 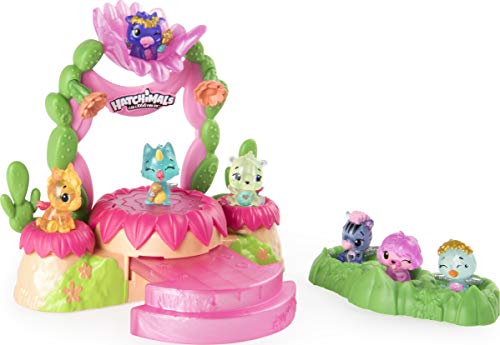 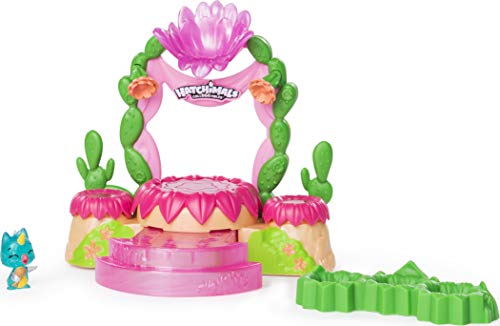 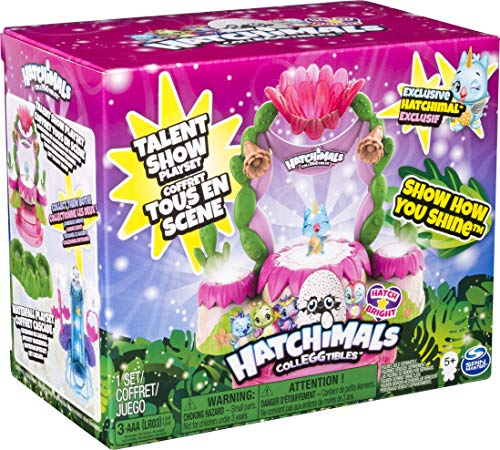 It’s time to shine with the Shimmering Sands Talent Show Playset! With a light-up center stage and two spinning side stages, everything is ready for a hatchtastic show! Place your exclusive Hatchimal (included) on center stage and push down to activate the light below that makes them glow! You can even pull out the extendable runway and give them more room to show how they shine! With your Hatchimal on stage, it’s time to bring in the audience! Invite all your friendsto this show and place three Hatchimals in the grassy audience nests and one Hatchimal in the judge’s nest. It’s showtime! Push down on center stage again to see multiple light-up effects – you can really show your Hatchimal shines! What stories will you tell? Bring the magical world of Shimmering Sands to life with the Hatchimals CollEGGtibles Talent Show Playset!