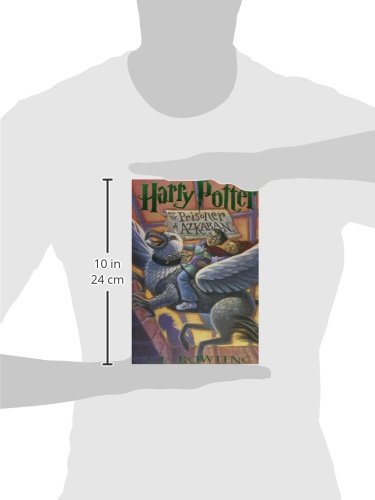 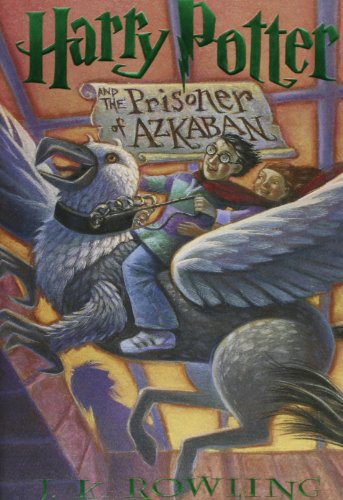 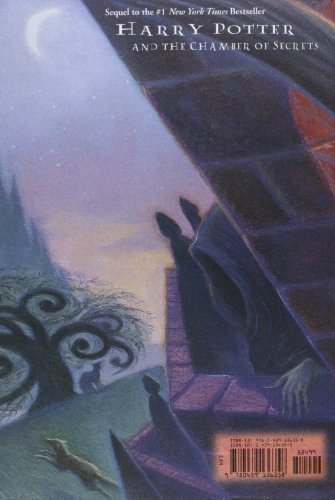 Product Description For twelve long years, the dread fortress of Azkaban held an infamous prisoner named Sirius Black. Convicted of killing thirteen people with a single curse, he was said to be the heir apparent to the Dark Lord, Voldemort.Now he has escaped, leaving only two clues as to where he might be headed: Harry Potter's defeat of You-Know-Who was Black's downfall as well. And the Azkaban guards heard Black muttering in his sleep, "He's at Hogwarts . . . he's at Hogwarts."Harry Potter isn't safe, not even within the walls of his magical school, surrounded by his friends. Because on top of it all, there may well be a traitor in their midst. Amazon.com Review For most children, summer vacation is something to look forward to. But not for our 13-year-old hero, who's forced to spend his summers with an aunt, uncle, and cousin who detest him. The third book in J.K. Rowling's catapults into action when the young wizard "accidentally" causes the Dursleys' dreadful visitor Aunt Marge to inflate like a monstrous balloon and drift up to the ceiling. Fearing punishment from Aunt Petunia and Uncle Vernon (and from officials at Hogwarts School of Witchcraft and Wizardry who strictly forbid students to cast spells in the nonmagic world of Muggles), Harry lunges out into the darkness with his heavy trunk and his owl Hedwig. As it turns out, Harry isn't punished at all for his errant wizardry. Instead he is mysteriously rescued from his Muggle neighborhood and whisked off in a triple-decker, violently purple bus to spend the remaining weeks of summer in a friendly inn called the Leaky Cauldron. What Harry has to face as he begins his third year at Hogwarts explains why the officials let him off easily. It seems that Sirius Black--an escaped convict from the prison of Azkaban--is on the loose. Not only that, but he's after Harry Potter. But why? And why do the Dementors, the guards hired to protect him, chill Harry's very heart when others are unaffected? Once again, Rowling has created a mystery that will have children and adults cheering, not to mention standing in line for her next book. Fortunately, there are four more in the works. (Ages 9 and older) --Karin Snelson From Publishers Weekly Rowling proves that she has plenty of tricks left up her sleeve in this third Harry Potter adventure, set once again at the Hogwarts School for Witchcraft and Wizardry. Right before the start of term, a supremely dangerous criminal breaks out of a supposedly impregnable wizards' prison; it will come as no surprise to Potter fans that the villain, a henchman of Harry's old enemy Lord Voldemort, appears to have targeted Harry. In many ways this installment seems to serve a transitional role in the seven-volume series: while many of the adventures are breathlessly relayed, they appear to be laying groundwork for even more exciting adventures to come. The beauty here lies in the genius of Rowling's plotting. Seemingly minor details established in books one and two unfold to take on unforeseen significance, and the finale, while not airtight in its internal logic, is utterly thrilling. Rowling's wit never flags, whether constructing the workings of the wizard world (Just how would a magician be made to stay behind bars?) or tossing off quick jokes (a grandmother wears a hat decorated with a stuffed vulture; the divination classroom looks like a tawdry tea shop). The Potter spell is holding strong. All ages. Copyright 1999 Reed Business Information, Inc. From School Library Journal Grade 4-8-Isn't it reassuring that some things just get better and better? Harry is back and in fine form in the third installment of his adventures at Hogwarts School of Witchcraft and Wizardry. His summer with the hideous Dursley family is cut short when, during a fit of quite understandable rage, he turns his Aunt Marge into an enormous balloon and then runs away. Soon, it becomes quite apparent that someone is trying to kill

Selections from Harry Potter for Recorder

Friends in the Fence: A picture book story full of imagination, friendship, and fun.

Selections from Harry Potter for Recorder

Friends in the Fence: A picture book story full of imagination, friendship, and fun.

An Elephant & Piggie Biggie! (Elephant and Piggie Book, An)

Where Are You From?

What If Everybody Did That?

Harry Potter And The Prisoner Of Azkaban 3, is it available on Amazon?

Yes! But at Pricepulse we inform you when is the lowest price to buy the Harry Potter And The Prisoner Of Azkaban 3

Should I buy the Harry Potter And The Prisoner Of Azkaban 3 now?

What is the current price of Harry Potter And The Prisoner Of Azkaban 3?

What was the lowest price for the Harry Potter And The Prisoner Of Azkaban 3?