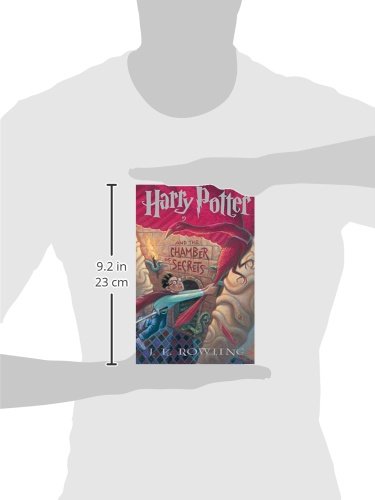 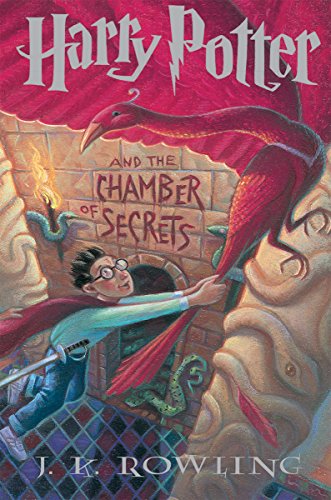 Product Description The summer after his first year at Hogwarts is worse than ever for Harry Potter. The Dursleys of Privet Drive are more horrible to him than ever before. And just when he thinks the endless summer vacation is over, a creature named Dobby the house-elf shows up issuing a grave warning to Harry not to go back to school or disaster will happen! Of course, Harry has to go back- and he does so in grand style, in a flying-car magicked by his friends Ron and Percy Weasley. But getting back to Hogwarts isn't the cure Harry expects it to be. Almost immediately a student is found turned to stone, and then another. And somehow Harry stands accused. Could Harry Potter be the long-feared heir of Slytherin?Harry and friends Hermione and Fred are stretched to their limits in a desperate fight against Draco Malfoy and his gang, the hideously stuck-up new professor Gilderoy Lockheart, the malevolent owner of the diary of Tom Riddle, giant spiders, and perhaps even...Hagrid!This is the book that proves J.K. Rowling is a talent that's here to stay! Amazon.com Review It's hard to fall in love with an earnest, appealing young hero like Harry Potter and then to watch helplessly as he steps into terrible danger! And in J.K. Rowling's Harry Potter and the Chamber of Secrets, the much anticipated sequel to the award-winning Harry Potter and the Sorcerer's Stone, he is in terrible danger indeed. As if it's not bad enough that after a long summer with the horrid Dursleys he is thwarted in his attempts to hop the train to the Hogwarts School of Witchcraft and Wizardry to begin his second year. But when his only transportation option is a magical flying car, it is just his luck to crash into a valuable (but clearly vexed) Whomping Willow. Still, all this seems like a day in the park compared to what happens that fall within the haunted halls of Hogwarts. Chilling, malevolent voices whisper from the walls only to Harry, and it seems certain that his classmate Draco Malfoy is out to get him. Soon it's not just Harry who is worried about survival, as dreadful things begin to happen at Hogwarts. The mysteriously gleaming, foot-high words on the wall proclaim, "The Chamber of Secrets Has Been Opened. Enemies of the Heir, Beware." But what exactly does it mean? Harry, Hermione, and Ron do everything that is wizardly possible--including risking their own lives--to solve this 50-year-old, seemingly deadly mystery. This deliciously suspenseful novel is every bit as gripping, imaginative, and creepy as the first; familiar student concerns--fierce rivalry, blush-inducing crushes, pedantic professors--seamlessly intertwine with the bizarre, horrific, fantastical, or just plain funny. Once again, Rowling writes with a combination of wit, whimsy, and a touch of the macabre that will leave readers young and old desperate for the next installment. (Ages 9 and older) --Karin Snelson From School Library Journal Grade 3-8-Fans of the phenomenally popular Harry Potter and the Sorcerer's Stone (Scholastic, 1998) won't be disappointed when they rejoin Harry, now on break after finishing his first year at Hogwarts School of Witchcraft and Wizardry. Reluctantly spending the summer with the Dursleys, his mean relatives who fear and detest magic, Harry is soon whisked away by his friends Ron, Fred, and George Weasley, who appear at his window in a flying Ford Anglia to take him away to enjoy the rest of the holidays with their very wizardly family. Things don't go as well, though, when the school term begins. Someone, or something, is (literally) petrifying Hogwarts' residents one by one and leaving threatening messages referring to a Chamber of Secrets and an heir of Slytherin. Somehow, Harry is often around when the attacks happen and he is soon suspected of being the perpetrator. The climax has Harry looking very much like Indiana Jones, battling a giant serpent in the depths of the awesome and terrible Chamber of Secrets. Along with most of the

Amazing
Great
Average
High
This is a great price to buy! There's a 91% probability this price will be higher. Our advise is Buy it now.
Buy on Amazon

The Napping House board book

Harry Potter And The Chamber Of Secrets, is it available on Amazon?

Yes! But at Pricepulse we inform you when is the lowest price to buy the Harry Potter And The Chamber Of Secrets

Should I buy the Harry Potter And The Chamber Of Secrets now?

This is a great price to buy! There's a 91% probability this price will be higher. Our advise is Buy it now.

What is the current price of Harry Potter And The Chamber Of Secrets?

What was the lowest price for the Harry Potter And The Chamber Of Secrets?