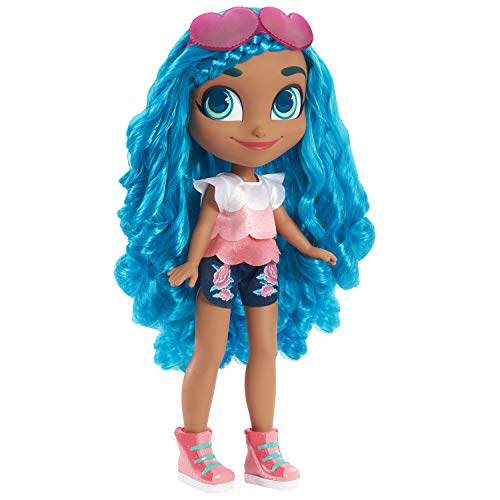 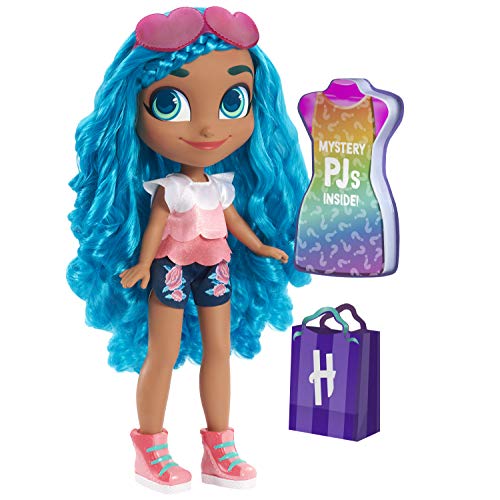 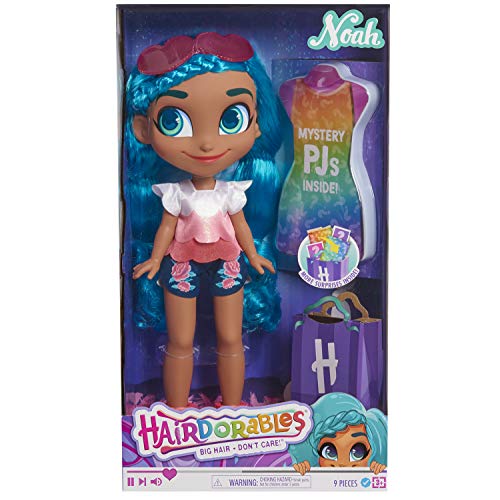 #Hairdorables took off when Noah, a sweet and funny vlogger with a passion for hair-styling, decided to share her side-braiding tutorial on YouTube. While shooting her video, Noah fumbled over the word’s "hair" and "adorable" accidentally coining the term "hairdorable"! To Noah's surprise, her video and #Hairdorable went viral overnight! When Noah decided to launch her own YouTube channel (Hairdorables, obvi) and invite her friends to join her, the response was a resounding YAAAAAAAS! Now Noah and her BFFs spend all of their free time creating content and sharing their passions with the world via the Hairdorables channel on YouTube! The girl squad with "Big Hair Don't Care" attitudes have ALL NEW mystery fashions and accessories! Girls will have all new fun playing with the deluxe 18” Hairdorables dolls (each sold separately). Featuring Noah and Willow, each Hairdorable comes dressed in their classic outfits. Surprises include a mystery pajama fashion and hidden accessories. Ages 3+ Find your style #Hairdorables www.Hairdorables.com Dolls and assortment of surprises will vary

Current price$15.00
Since 43 days
Average price$24.18
Based on 8 months
Lowest price ever$15.00
43 days ago
Highest price ever$34.97
8 months ago
Amazing
Great
Average
High
This is absolutely the best time to buy. Don’t miss out, there's 76% probability of this price being higher soon. Buy now.
Buy on Amazon

...I should have known that! Trivia Game

Yes! But at Pricepulse we inform you when is the lowest price to buy the Hairdorables 18 Inch Mystery Fashion Noah Doll Inc

This is absolutely the best time to buy. Don’t miss out, there's 76% probability of this price being higher soon. Buy now.

What is the current price of Hairdorables 18 Inch Mystery Fashion Noah Doll Inc?

What was the lowest price for the Hairdorables 18 Inch Mystery Fashion Noah Doll Inc?