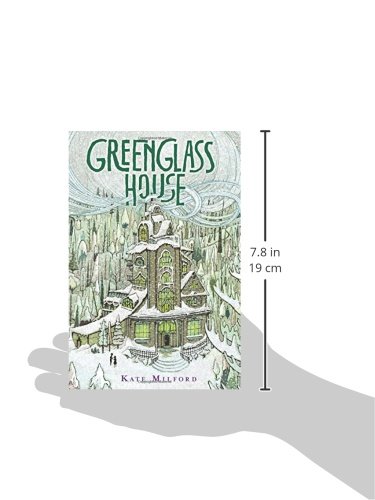 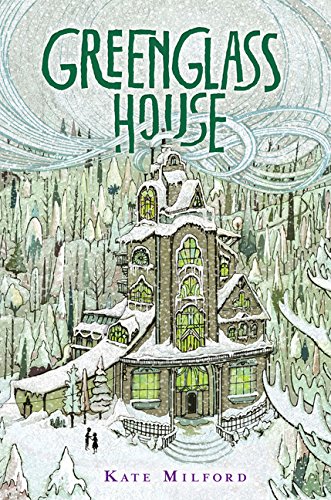 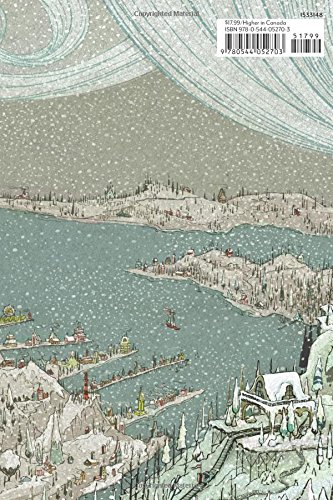 Product Description New York Times Bestseller National Book Award Nominee Winner of the Edgar Award for Best Juvenile Mystery It’s wintertime at Greenglass House. The creaky smuggler’s inn is always quiet during this season, and twelve-year-old Milo, the innkeepers’ adopted son, plans to spend his holidays relaxing. But on the first icy night of vacation, out of nowhere, the guest bell rings. Then rings again. And again. Soon Milo’s home is bursting with odd, secretive guests, each one bearing a strange story that is somehow connected to the rambling old house. As objects go missing and tempers flare, Milo and Meddy, the cook’s daughter, must decipher clues and untangle the web of deepening mysteries to discover the truth about Greenglass House—and themselves. From School Library Journal Gr 4–6—The Greenglass House is the kind of ancient, creaky home in which a gothic horror story might be set, and the plot in Milford's latest seems to be headed that way, at least at first. Milo has just finished his homework and is looking forward to the quiet time over Christmas break, when the inn for smugglers his adopted parents run is usually deserted. But in the midst of a howling blizzard, an odd assortment of visitors with secretive purposes seemingly related to the history of the building shows up at the inn. When the power goes out and items begin to go missing from the strange new guests' rooms, Milo decides to team up with the cook's daughter, Meddy, to figure out which, if any, of the guests arrived with nefarious purposes. Meddy's interest in Role Playing Games (RPGs) and her insistence that she and Milo adopt new names and personalities for their quest can make certain passages confusing, as Milo often refers to and thinks of himself as his game character, Negret. A twist near the end of the story helps fold the RPG plotline into the overarching narrative, while the icy, atmospheric setting and nuanced character development propel the story forward, in spite of lingering questions about the world the characters live in. Give this one to fans of Trenton Lee Stewart's "The Mysterious Benedict Society" (Little, Brown).—Elisabeth Gattullo Marrocolla, Darien Library, CT From Booklist *Starred Review* It’s Christmas break and adopted Milo and his parents are looking forward to a vacation all to themselves at Greenglass House, the inn where they live and routinely host benevolent passing smugglers. When five unusual guests unexpectedly arrive, and their belongings—which all have something to do with the house—start disappearing, Milo finds himself at the heart of a real mystery. With the help of Meddy, the oddball girl who arrives with the cook, and a role-playing game that gives him the courage to poke around where he knows he is not supposed to, Milo uses his knowledge of the house and his skills of observation to find the missing objects, piece together the mystery of the house, and discover a secret about the legendary folk hero who used to live there. The puzzling mystery is perfectly matched by the offbeat world of Nagspeake, a fictional harbor town enhanced by folklore and history rich enough to sound convincingly real, and the dreamy Greenglass House, with its enviable attic, snug corners, and thrilling past. Milford (The Boneshaker, 2010) weaves together compelling clues, crackerjack detective work from Milo and Meddy, and well-rounded characters to reveal heartwarming truths about Greenglass House and its residents. An enchanting, empowering, and cozy read. Grades 5-8. --Sarah Hunter Review A National Book Award Nominee Winner of the Edgar Award for Best Juvenile Mystery Nebula/Andre Norton Award NomineeNew York Times Bestseller * "An enchanting, empowering, and cozy read." —Booklist, starred review * "An abundantly diverting mystery." —Kirkus, starred review "The legends and folktales Milford creates add to Nagspeake's charm and gently prepare the ground for a fantasy twist." —Publishers Weekly

Greenglass House, is it available on Amazon?

Yes! But at Pricepulse we inform you when is the lowest price to buy the Greenglass House

Should I buy the Greenglass House now?

What is the current price of Greenglass House?

What was the lowest price for the Greenglass House?