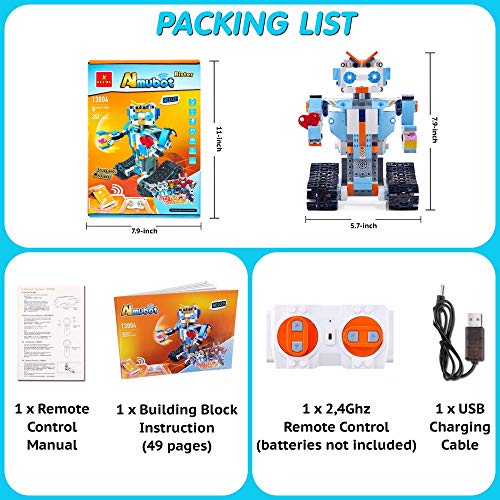 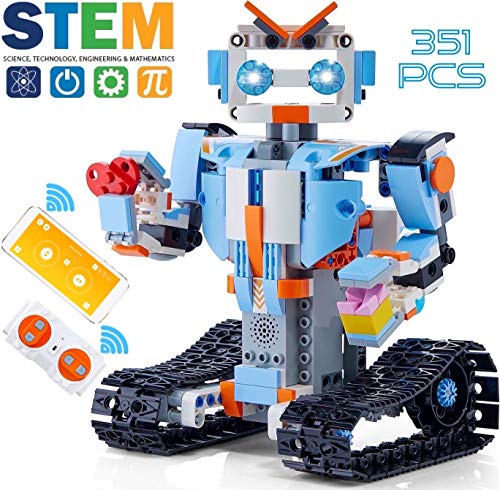 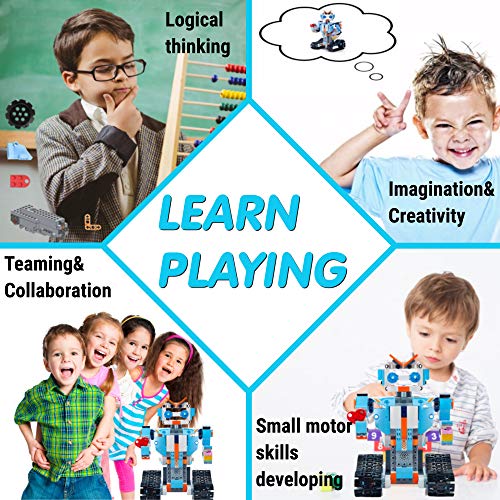 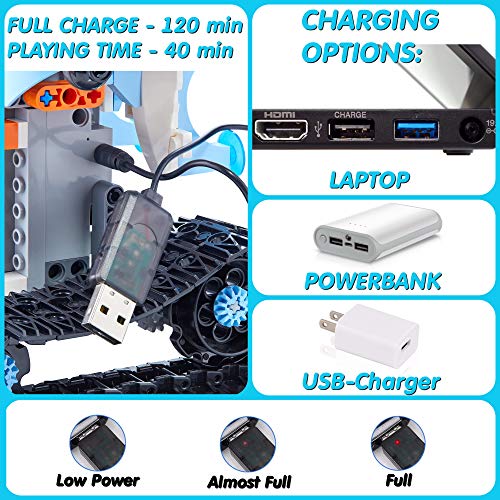 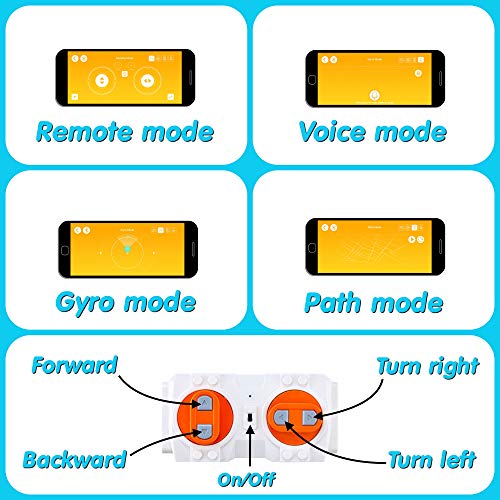 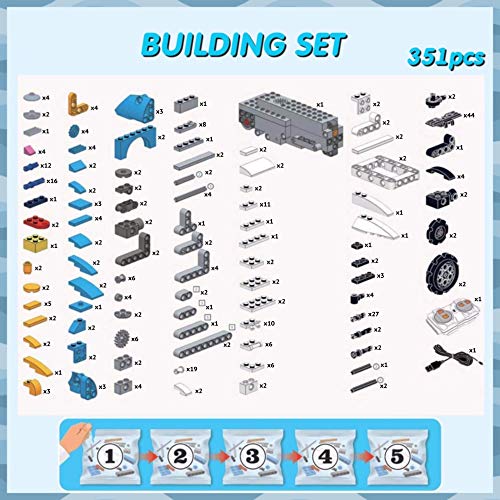 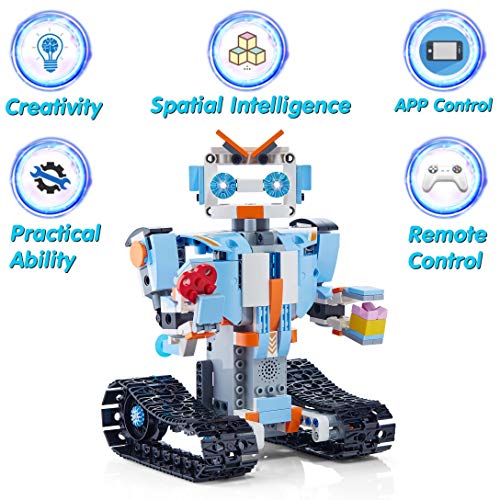 GOOMY building brick robot will not leave indifferent any child. It’s made of high-quality plastic and it’s compatible with many well-known brands of building block toys, it gives endless possibilities for creating remote control models. The best toy will undoubtedly bring joy to children both during assembly and during subsequent robot control. The robot turns the battle into a childish battle. Represented by a set of 351 parts, he throws strawberry-raspberry ice cream and sausage sliced into the opponent. GOOMY mechanical warrior moves on the tracks. It has a rectangular radius of movement, which has a beneficial effect on speed. The head of caterpillar robot looks like a square. There is mouth, ears, sensors, eyebrows, large eyes on it. They are joined by manipulator hands with fingers. The torso of rc electric robot moving on a caterpillar tracks consists of two functional departments – a powerful, armored top and bottom equipped with sensors. The top with a square chest plate reflects enemy firearm shells. The bottom of the building blocks mechanical warrior assesses the situation during the field battle. STEM robot’s joints are free to move. Kids can easily set up the building robot’s mood, what is a happy source for them. It’s tracks, shoulders, head, eyebrows, arms can also be revolved. RC Robot moves in all directions: forward, backward, left, right and 360° rotating trick.You can easily control it with remote controller or with APP for your mobile phone or tablet. You can charge the battery module of your RC Building Robot via the plug, portable bank, laptop and so on (glowing cable included). Red light on USB-cable will be off after recharging. Upgraded electric brick robot can be controlled by remote controller and also by APP for mobile phone or tablet via Bluetooth connection.

Current price$39.99
Since 2 months
Average price$40.28
Based on 8 months
Lowest price ever$29.99
7 months ago
Highest price ever$54.99
2 months ago
Amazing
Great
Average
High
It's unlikely to find significant changes in price, we expect this product to remain within its Average price. Our advice is Buy now.
Buy on Amazon

Privateer Press Warlock - The King of Nothing

Yes! But at Pricepulse we inform you when is the lowest price to buy the Goomy Build A Robot Remote Control Blocks Kit Inte

What is the current price of Goomy Build A Robot Remote Control Blocks Kit Inte?

What was the lowest price for the Goomy Build A Robot Remote Control Blocks Kit Inte?