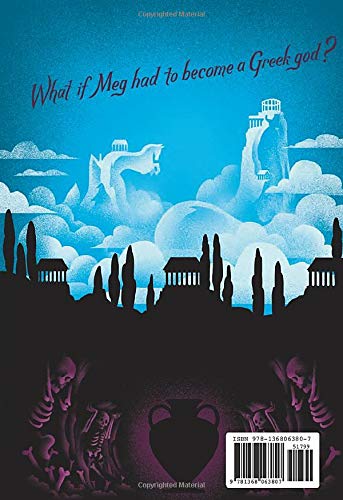 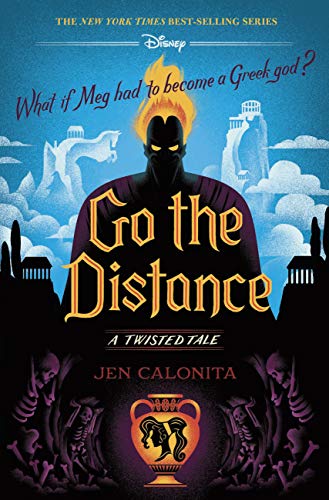 Product Description The 11th installment in the New York Times best-selling A TWISTED TALE series asks: What if Meg had to become a Greek god? After Hercules proves he's a true hero and regains his godship, all seems right in the world. That is, until Zeus tells Meg that she can't be with Hercules because she's, well, mortal. Luckily, Hera has a solution, offering Meg a chance to prove herself worthy of a spot on Mt. Olympus--as a god. All Meg has to do is complete a mysterious quest. The mission? Oh, just to rescue her ex's current wife from the Underworld. The ex-boyfriend she saved by selling her soul to Hades. The ex-boyfriend who immediately moved on to someone else while she was stuck in the Underworld. Can Meg put her past behind her and use her quick-wit to defeat monsters and gods alike, including the nefarious Hades? Will she finally figure out her place and contribution to the world? Or will her fear of commitment have her running away from an eternity of godhood with Herc? Written by the author of Mirror, Mirror and Conceal, Don't Feel, Jen Calonita's latest twist is sure to delight and surprise. For more twisted adventures, try the other books in the A TWISTED TALE series: A Whole New World by Liz Braswell Once Upon a Dream by Liz Braswell As Old As Time by Liz Braswell Reflection by Elizabeth Lim Part of Your World by Liz Braswell Mirror, Mirror by Jen Calonita Conceal, Don't Feel by Jen Calonita Straight On Till Morning by Liz Braswell So This is Love by Elizabeth Lim Unbirthday by Liz Braswell What Once Was Mine by Liz Braswell From School Library Journal Gr 6-8-As the 11th book in the "Twisted Tale" series, Calonita's latest novel riffs on classic Disney fairy tales by asking, "What if things had been different?" When Hercules completes his hero quest, he joins the gods on Mt. Olympus, except Zeus refuses to admit his son's one true love, Megara-a mortal with pale skin and striking red hair. Hercules and Meg are bound to be separated, but Hera offers a way for the two lovers to be together forever. Now Meg has little time to complete a quest of her own that will force her to face her darkest fears and memories while learning to trust others once again. Aficionados of Disney movies and classic fairy tales will enjoy this romp alongside familiar characters. This retelling brings Meg's story to the fore and, along with it, questions about what Meg as a formerly sidelined character really wants for her life. Although the relationship between Meg and Hercules lacks a little in nuance and complexity, this story uses the "what if" twist to center the experience of a spunky woman who grows emotionally through the course of her quest. VERDICT A satisfying retelling, recommended for fans of the "Percy Jackson" series and adventurous, modernized fairy tales.-Talea Anderson, Washington State Univ., Pullman, WA.α(c) Copyright 2011. Library Journals LLC, a wholly owned subsidiary of Media Source, Inc. No redistribution permitted. About the Author Jen Calonita is the author of the award-winning Secrets of My Hollywood Life and Fairy Tale Reform School series. She lives in New York with her husband, two boys, and two chihuahuas named Captain Jack Sparrow and Ben Kenobi. A huge Disney fan, Jen dreams of moving the whole family into Cinderella's castle at Walt Disney World. Visit her online at: and Twitter @jencalonita.

Amazing
Great
Average
High
This is absolutely the best time to buy. Don’t miss out, there's 79% probability of this price being higher soon. Buy now.
Buy on Amazon

As Old as Time: A Twisted Tale

Straight On Till Morning: A Twisted Tale

As Old as Time: A Twisted Tale

Straight On Till Morning: A Twisted Tale

Dog Man: Grime and Punishment: A Graphic Novel (Dog Man #9): From the Creator of Captain Underpants (9)

The Secrets of the Immortal Nicholas Flamel Boxed Set (3-Book)

We Can: Portraits of Power

What If Everybody Did That?

Go The Distance A Twisted Tale, is it available on Amazon?

Yes! But at Pricepulse we inform you when is the lowest price to buy the Go The Distance A Twisted Tale

Should I buy the Go The Distance A Twisted Tale now?

This is absolutely the best time to buy. Don’t miss out, there's 79% probability of this price being higher soon. Buy now.

What is the current price of Go The Distance A Twisted Tale?

What was the lowest price for the Go The Distance A Twisted Tale?