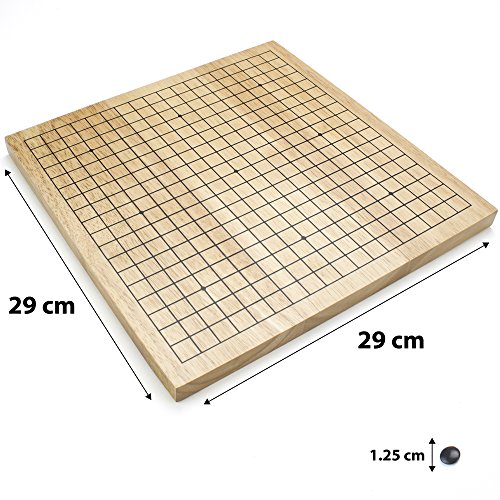 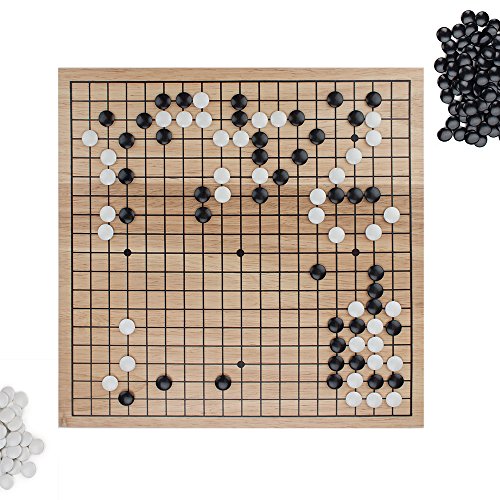 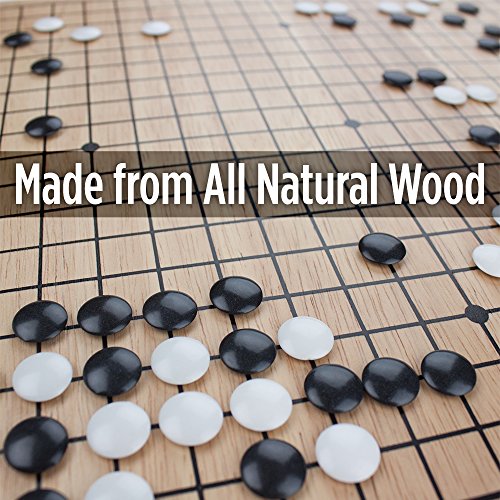 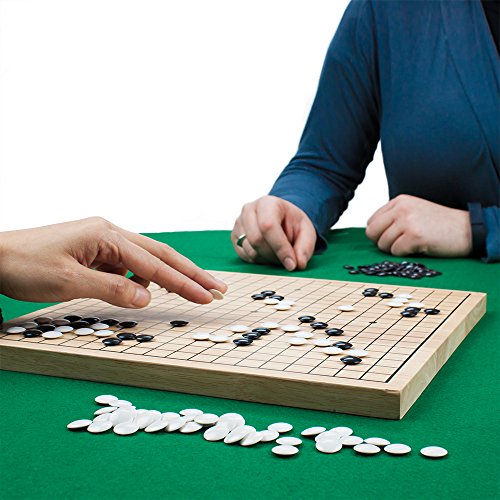 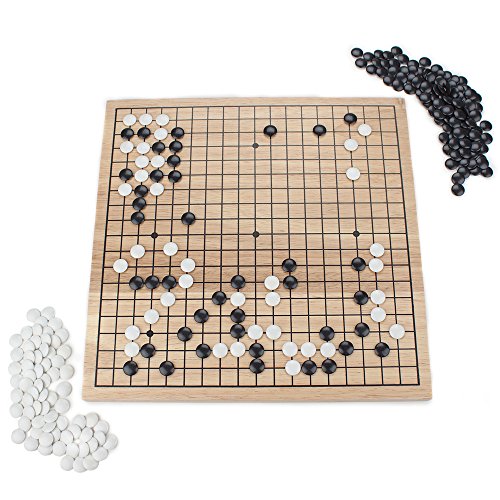 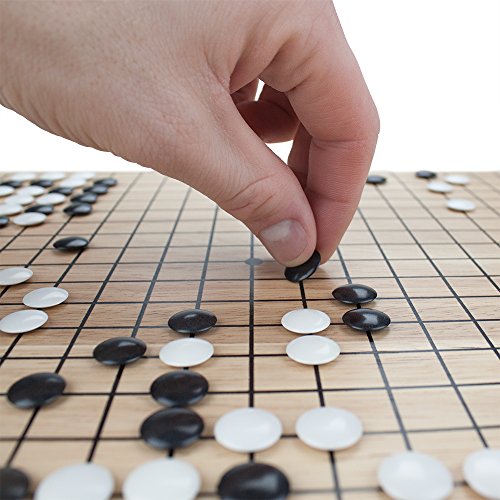 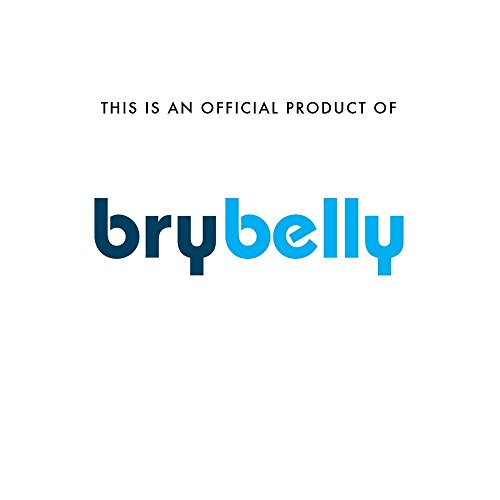 To most western players, the game of Go is an enigma. Invented in China 4,000 years ago, it has no proper analogue in the West. It's like chess, but endlessly more complex. Focused more upon territory control and less about capturing the opponent's pieces, there are between 150-250 valid moves a player could make on any turn. For chess, this number never climbs above 37. It is said there have never been two identical games of Go, and until March 2016 when AlphaGo soundly defeated Korea's Lee Sedol 4-1, there had not existed a computer program that could reliably beat Go experts-let alone the masters.

Elegant Simplicity
Despite this, Go is surprisingly easy to learn. There are only two rules: 1. Every piece that remains on the board must have at least one open point (called a "liberty") directly next to it, and 2. Players are not allowed to make a move that would return the game to a previous position.

Good to Go
This set includes everything needed to play a game of Go: one 29cm square wood board, and a full set of 361 double-convex stones. Separate resealable bags to store both sets of stones are also included.

Current price$17.99
Since 47 hours
Average price$15.21
Based on 5 years
Lowest price ever$7.00
3 years ago
Highest price ever$103.10
4 years ago
Amazing
Great
Average
High
It's not a good time to buy now, there's a 91% probability this price will decrease. Our advise is to Watch it.
Buy on Amazon

GirlZone Unicorn Egg Sparkly Surprise Slime Kit for Kids, Everything in One Egg to Create Lots of Different Slimes! Great Gift for Girls.

Go Set With Natural Wood Board Portable 29 X 29cm, is it available on Amazon?

Yes! But at Pricepulse we inform you when is the lowest price to buy the Go Set With Natural Wood Board Portable 29 X 29cm

Should I buy the Go Set With Natural Wood Board Portable 29 X 29cm now?

It's not a good time to buy now, there's a 91% probability this price will decrease. Our advise is to Watch it.

What is the current price of Go Set With Natural Wood Board Portable 29 X 29cm?

What was the lowest price for the Go Set With Natural Wood Board Portable 29 X 29cm?