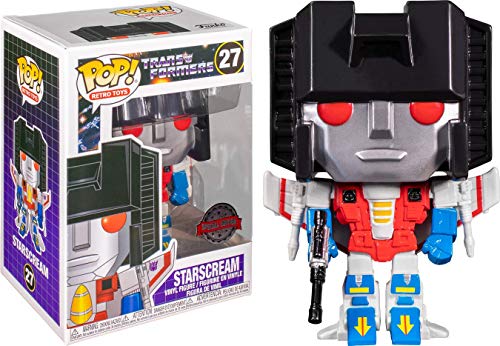 The modular toys of characters from the 1984 TV series The Transformers awed fans with the robot warriors from planet Cybertron that transformed into various vehicles and objects. Starscream is one of the most well known Decepticon robots that the Autobots were battling throughout the series. Megatron needs his second-in-command robot Starscream, in Target Exclusive Pop! form, to serve beside him in your retro toys and The Transformers collection. Vinyl figure is approximately 4.75-inches tall.

MASH, Fortune Telling Adult Party Game, for Ages 17 and up