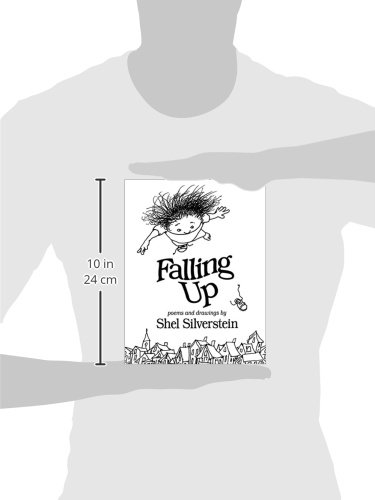 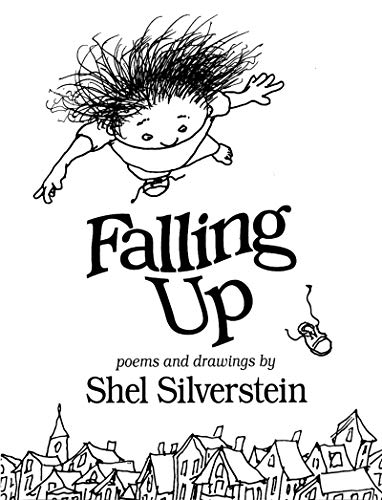 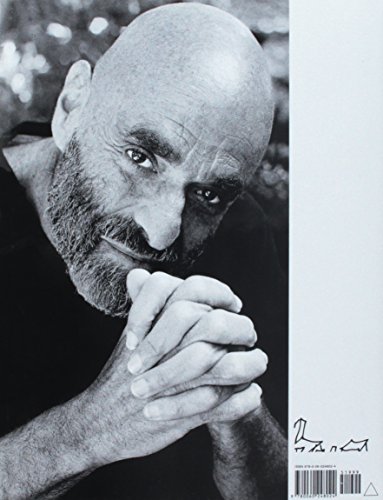 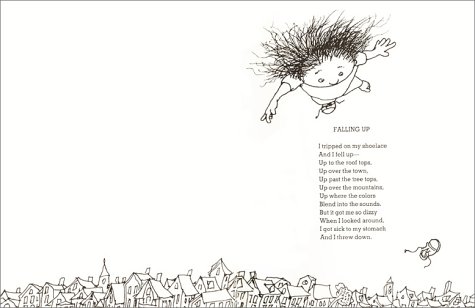 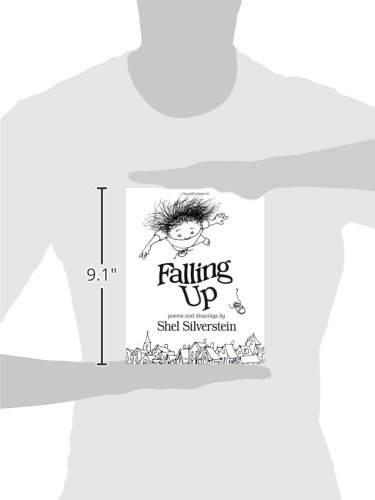 Product Description From New York Times bestselling author Shel Silverstein, the classic creator of Where the Sidewalk Ends, A Light in the Attic, and Every Thing On It, comes a wondrous book of poems and drawings. Filled with unforgettable characters like Screamin’ Millie; Allison Beals and her twenty-five eels; Danny O'Dare, the dancin' bear; the Human Balloon; and Headphone Harold, this collection by the celebrated Shel Silverstein will charm young readers and make them want to trip on their shoelaces and fall up too! So come, wander through the Nose Garden, ride the Little Hoarse, eat in the Strange Restaurant, and let the magic of Shel Silverstein open your eyes and tickle your mind. And don't miss Runny Babbit Returns, the new book from Shel Silverstein! From Publishers Weekly All the things that children loved about A Light in the Attic and Where the Sidewalk Ends can be found in abundance in this eclectic volume, Silverstein's first book of poetry in 20 years. By turns cheeky and clever and often darkly subversive, the poems are vintage Silverstein, presented in a black-and-white format that duplicates his earlier books. Like Roald Dahl, Silverstein's cartoons and poems are humorously seditious, often giving voice to a child's desire to be empowered or to retaliate for perceived injustice: one child character wields a "Remote-a-Dad" that will instantly control his father, and another dreams of his teachers becoming his students so that when they talk or laugh in class, he can "pinch 'em 'til they [cry]." The poems focus on the unexpected-a piglet receives a "people-back ride" and Medusa's snake-hair argues about whether to be coifed in cornrows or bangs. Sometimes the art traffics in gross-out, as when William Tell gets an arrow through his forehead or a cartoon character sticks carrots in his sockets because he's heard that carrots are good for his eyes. Although some parents and teachers may cringe at such touches, Silverstein's anti-establishment humor percolates as he lampoons conventions (the stork not only brings babies but "comes and gets the older folks/ When it's their time to go"), or discards decorum (a small gardener zips up his pants after watering the plants "that way"). No matter that the author's rhythms and rhymes can be sloppy, or that his annoying insistence on leavin' off the endin' to his ING's seems artificially folksy, Silverstein's ability to see the world from, as he says, "a different angle" will undoubtedly earn this book a wide audience. All ages. Copyright 1996 Reed Business Information, Inc. From School Library Journal Grade 3 Up?Fifteen years after A Light in the Attic (1981) and 22 years after Where the Sidewalk Ends (1974, both HarperCollins), Silverstein, whose poetry has achieved cultlike popularity, offers readers another collection. While bodily functions seem to be the source of humor in more poems than in the earlier titles, and while there are fewer wonderful images here, the child appeal is as strong as ever. Once again, Silverstein's pen-and-ink drawings are the perfect accompaniment to the poems, always extending and often explaining the words. The book abounds in energetic wordplay ("I saw an ol' gnome/Take a gknock at a gnat/Who was gnibbling the gnose of his gnu") and childlike silliness ("I only ate one drumstick/At the picnic dance this summer...But everybody's mad at me,/Especially the drummer"). Silverstein writes wonderful nonsense verse, but he has used rhyme and rhythm to greater effect in the past. There is much to love in Falling Up, but it has its ups and downs.?Kathleen Whalin, Greenwich Country Day School, CT Copyright 1996 Reed Business Information, Inc. From Kirkus Reviews Well, finally. In this long-overdue follow-up to A Light In The Attic (1981), Silverstein once again displays the talent for wordplay and idea-play that keeps his poetry evergreen. In bumptious verse that seldom runs more than three or four stanzas, he introduces a gallery of d

Amazing
Great
Average
High
This is absolutely the best time to buy. Don’t miss out, there's 86% probability of this price being higher soon. Buy now.
Buy on Amazon

The Cookbook for Kids (Williams-Sonoma): Great Recipes for Kids Who Love to Cook

The Cool Bean (The Food Group)

It's Not Easy Being a Bunny (Beginner Books(R))

Falling Up, is it available on Amazon?

Yes! But at Pricepulse we inform you when is the lowest price to buy the Falling Up

Should I buy the Falling Up now?

This is absolutely the best time to buy. Don’t miss out, there's 86% probability of this price being higher soon. Buy now.

What is the current price of Falling Up?

What was the lowest price for the Falling Up?