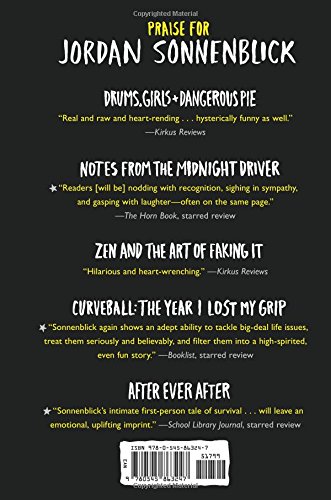 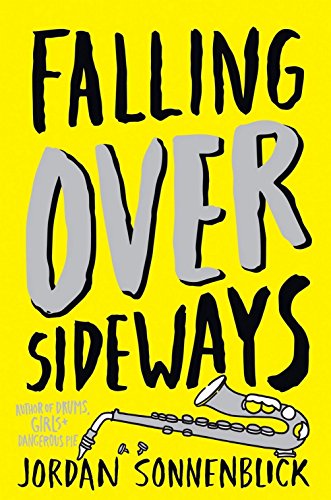 Product Description It's not easy being Claire. (Really.) Claire's life is a joke . . . but she's not laughing. While her friends seem to be leaping forward, she's dancing in the same place. The mean girls at school are living up to their mean name, and there's a boy, Ryder, who's just as bad, if not worse. And at home, nobody's really listening to her -- if anything, they seem to be more in on the joke than she is. Then into all of this (not-very-funny-to-Claire) comedy comes something intense and tragic -- while her dad is talking to her at the kitchen table, he falls over with a medical emergency. Suddenly the joke has become very serious -- and the only way Claire, her family, and her friends are going to get through it is if they can find a way to make it funny again. From School Library Journal Gr 6–8—Claire Goldsmith has been living a relatively cursed life, at least in her opinion. Her dance friends have all moved up a level, but she's stayed the same. Eighth grade is nightmarish thanks to mean girls and an even meaner boy. At home, her parents and older brother aren't exactly sympathetic to her plight. But one morning Claire's life goes from bad to worse when her dad has a stroke. Now Claire has to deal with dance and middle school drama and the emotional trauma that comes from watching her once strong father deal with the aftermath of his medical condition. The protagonist is a realistic 13-year-old; her struggles with bullies and friends and her attempts to get out of her brother's shadow are relatable. However, while the novel centers on the ways a stroke can affect the dynamics of a family, the story does not go very deep. The writing is only surface level; readers are told more than shown. The plot seems to meander among Claire's life at school, her dancing, and her situation at home, but a balance is never quite met. VERDICT This novel may resonate with some readers but is more of a supplemental purchase.—Paige Garrison, Augusta Richmond County Library System, GA Review Praise for DRUMS, GIRLS, AND DANGEROUS PIE: "A brave book . . . Jordan Sonnenblick carries it off with such charm and elan, you forget for a moment your heart is breaking." -- Frank McCourt, author of ANGELA'S ASHES * "Sonnenblick shows that even in the midst of tragedy, life goes on, love can flower, and the one thing you can always change is yourself." -- BOOKLIST, starred review "The reader falls in love with the brothers, laughing and crying by turns and rooting for both of them until it almost hurts."  KIRKUS REVIEWS Praise for AFTER EVER AFTER: * "As hilarious as it is tragic, and as honest as it is hopeful, don't confuse this book with inspirational reading. It's irresistible reading.”  BOOKLIST, starred review * Sonnenblick's intimate first-person tale of survival is a solid stand-alone novel that will leave an emotional, uplifting imprint on readers."  SCHOOL LIBRARY JOURNAL, starred review Told with Sonnenblick's trademark self-deprecating humor, this stand-alone tween narrative slots neatly into the space between the author's YA and J titles, sensitively dealing with issues of family, friendship and death in a way that will appeal to middle-grade students. Recommended for fans and new readers alike.”  KIRKUS REVIEWS About the Author Jordan Sonnenblick is the author of the acclaimed DRUMS, GIRLS, & DANGEROUS PIE, NOTES FROM THE MIDNIGHT DRIVER, ZEN AND THE ART OF FAKING IT, and the sequel to DRUMS called AFTER EVER AFTER. He lives in Bethlehem, Pennsylvania, with his wife and two children.

Current price$15.09
Since 2 months
Average price$11.26
Based on 4 years
Lowest price ever$6.80
7 months ago
Highest price ever$17.99
12 months ago
Amazing
Great
Average
High
It's not a good time to buy now, there's a 81% probability this price will decrease. Our advise is to Watch it.
Buy on Amazon

Oh, the Thinks You Can Think! (Bright & Early Board Books(TM))

Where Is Our Solar System?

Unicorn Adventure Scratch and Sketch: An Art Activity Book for Creative Kids of All Ages

More Scary Stories to Tell in the Dark

Where Are the Great Pyramids? (Where Is?)

Falling Over Sideways, is it available on Amazon?

Yes! But at Pricepulse we inform you when is the lowest price to buy the Falling Over Sideways

Should I buy the Falling Over Sideways now?

What is the current price of Falling Over Sideways?

What was the lowest price for the Falling Over Sideways?