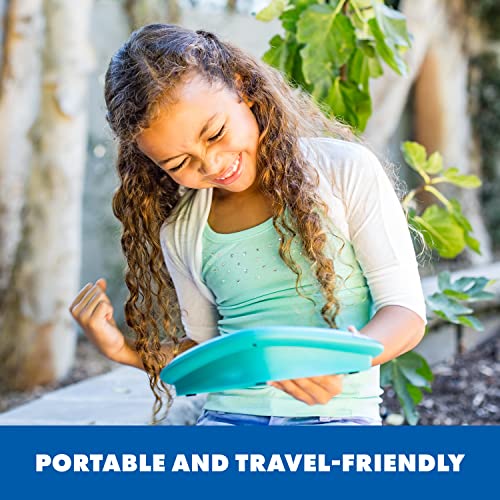 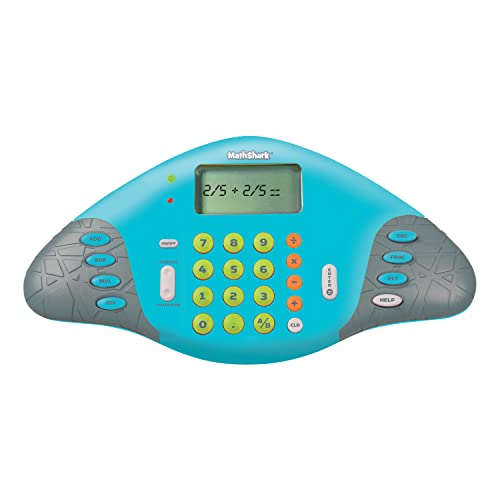 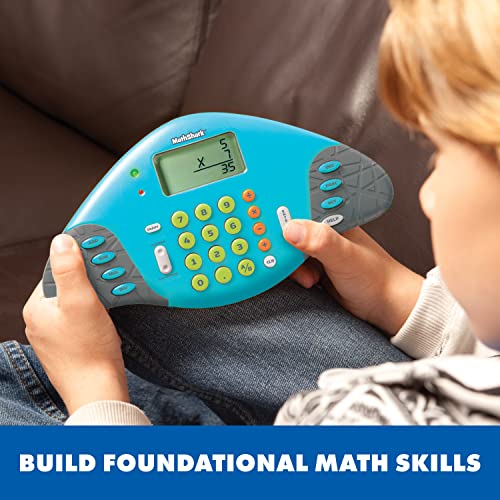 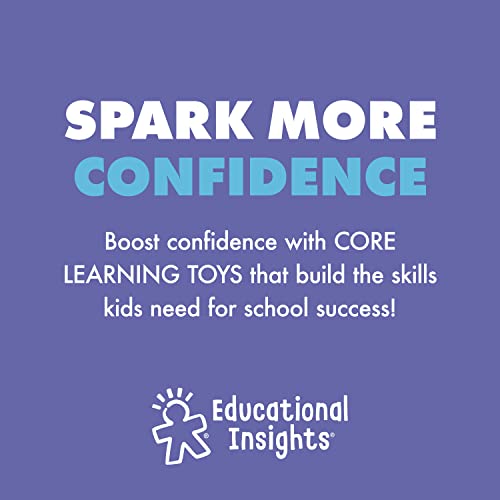 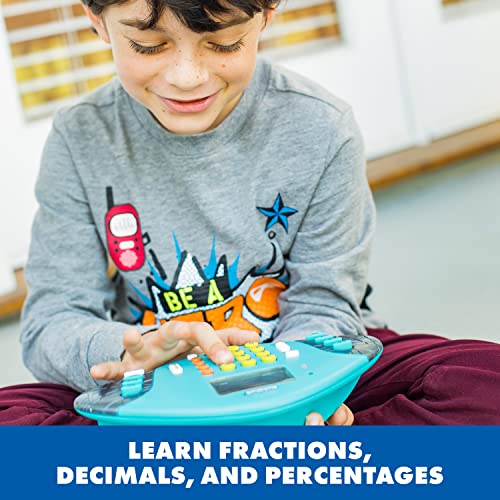 Amazon.com Educational Insights brings a terrific idea to life in Math Shark, a combination skill-building tool and calculator. The shape, colors, flashing lights, and beeps--all reminiscent of a hand-held electronic game--will appeal to kids who may not otherwise be interested in practicing math. (Parents: the sound is unobtrusive, but can be turned off.) Math Shark offers eight different skill levels and seven skill groupings: addition, subtraction, multiplication, division, decimals, fractions, and percentages. After every question a red or green flashing light and a corresponding beep let you know whether or not you answered correctly. If you get one wrong, the right answer flashes, and the question keeps appearing, along with any others answered incorrectly, until you get it right. After each set an encouraging comment--"You did it!" or "Way to go!"--comes up on the screen. The sets are timed, and your score, based on how long it took to answer all the questions correctly, appears at the end. When practice is done for the day, Math Shark becomes a handy calculator. Requires two AA batteries, not included. --Rachel Radway Product Description Spark more math confidence with an all-new version of best-selling MathShark, the handheld electronic game that grows with your child from addition through division and beyond! The only math game you’ll ever need, MathShark turns math practice into an interactive game with eight increasingly difficult levels of addition, subtraction, multiplication, division, fractions, decimals, and percentages. MathShark provides immediate feedback so kids can practice their math skills all on their own and timed sessions mean kids are continually motivated to beat their own times. Math Shark converts to a full-function calculator, too! Requires 2 AA batteries (not included). From the Manufacturer Kids will want to practice their math on this portable skill-building ELA that turns math into a video game. Quizzes eight different skill levels in addition, subtraction, multiplication, division, fractions, decimals, and percentages, AND works as a full

Amazing
Great
Average
High
This is a great price to buy! There's a 89% probability this price will be higher. Our advice is Buy it now.
Buy on Amazon

Melon Rind Check The Oven! Math Game - Adding to 12 Card Game for Kids (Ages 7 and up)

Melon Rind Check The Oven! Math Game - Adding to 12 Card Game for Kids (Ages 7 and up)

Yes! But at Pricepulse we inform you when is the lowest price to buy the Educational Insights Mathshark Electronic Math Gam

This is a great price to buy! There's a 89% probability this price will be higher. Our advice is Buy it now.

What is the current price of Educational Insights Mathshark Electronic Math Gam?

What was the lowest price for the Educational Insights Mathshark Electronic Math Gam?