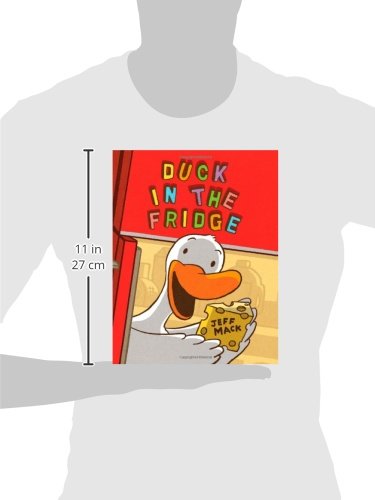 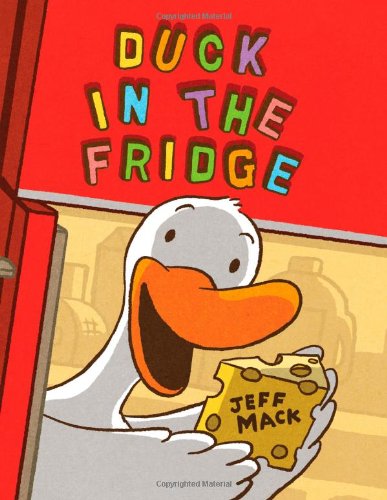 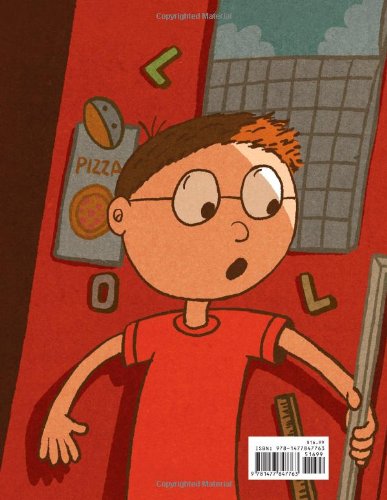 Product Description It’s time for bed, but that doesn’t mean it’s time for the same old boring bedtime story. This one starts with a boy who discovers a duck in his fridge. Soon there are more ducks, and the only thing they are interested in is having fun. So the boy gets some dogs to scare them away...but things don’t go quite the way he planned. More and more animals arrive, and soon there’s a party. Will the boy ever be able to get to sleep? Filled with puns and loads of visual humor, the silliness pours off each page of this rollicking story. Amazon.com Review       A Look Inside Duck in the Fridge From School Library Journal PreS-Gr 1—Most folks read Mother Goose to their kids because it's full of fun rhymes that encourage literacy development, but not the dad in this story. To answer his son's question about why they always read the collection of rhymes at bedtime, the father tells a fantastical anecdote about his own childhood. Trouble began when he found a rambunctious duck in the fridge. He was soon greeted by more ducks, who overran his entire house, got into his bed, ate all of his crackers, and then ordered pizza. When he called "1-800-DUCK-B-GONE," hoping for something to scare away the fowl creatures, a crate of sheep arrived. Subsequent efforts to get rid of the pests brought more, and bigger animals. They played cards, ordered more pizza, and watched TV, until the boy discovered that they couldn't read and calmed them down with Mother Goose tales, putting the creatures to sleep. A plethora of puns so bad they are funny, speech balloons asides, and the cartoonish hilarity of Mack's bold digital illustrations are sure to elicit many giggles. A wild and incredibly silly romp of a bedtime story that should appeal to fans of David Ezra Stein's Interrupting Chicken (Candlewick, 2010) or Doreen Cronin's classic Click, Clack, Moo: Cows That Type (S. & S., 2000).—Yelena Alekseyeva-Popova, formerly at Chappaqua Library, NY Review “The silly scenario and pro-books-and-reading message accentuate the appeal.” — Kirkus Reviews “Rambunctious, multispecies pizza party and punfest.” — Publishers Weekly “A wild and incredibly silly romp of a bedtime story.” — School Library Journal “[A] silly, sweet story with a funny twist…” — Booklist “The zany storyline will strike a chord with both imaginative adults open to making up ridiculous bedtime stories and the kids who are only too happy for bedtime to be postponed by a goofy tale.” — The Bulletin of the Center for Children's Books About the Author Jeff Mack has written and illustrated a long list of picture books, chapter books, and early readers, including the Hippo and Rabbit series, Frog and Fly in Six Slurpy Stories, and the Clueless McGee books. His recent book, Good News, Bad News, has been published in twelve different languages and was described in a starred Publishers Weekly review as a “well-executed, rapid-fire book.” He lives with his family in western Massachusetts.