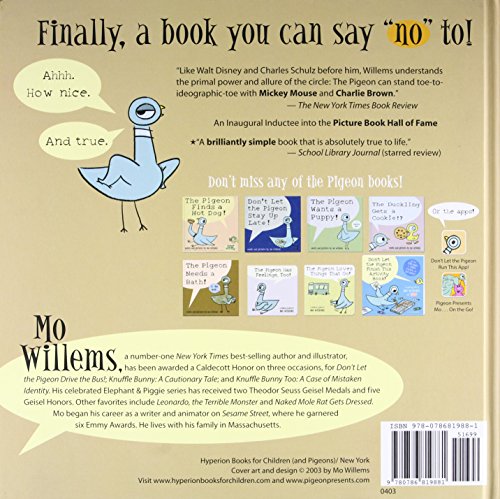 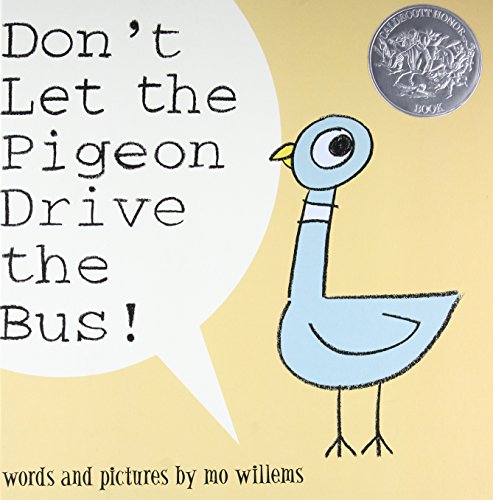 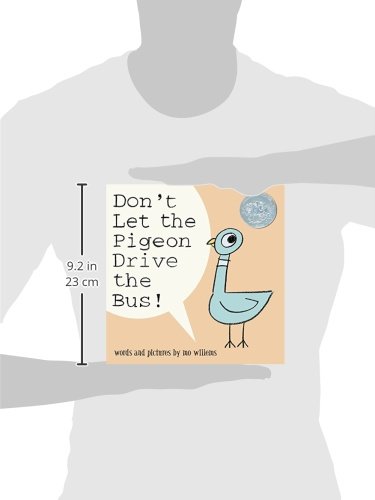 Product Description Handpicked by Amazon kids’ books editor, Seira Wilson, for Prime Book Box – a children’s subscription that inspires a love of reading. When a bus driver takes a break from his route, a very unlikely volunteer springs up to take his place-a pigeon! But you've never met one like this before. As he pleads, wheedles, and begs his way through the book, children will love being able to answer back and decide his fate. In his hilarious picture book debut, popular cartoonist Mo Willems perfectly captures a preschooler's temper tantrum. Amazon.com Amazon Exclusive: The Pigeon: A Life in Pictures (Click on images to enlarge) Due to a lack of other material, we decided to make the December issue a sketchbook with just my cartoons. I have been producing small cartoon and story sketchbooks for clients and pals every year since then. Born in the margins of a 1997 notebook filled with potential picture book ideas, he was complaining that his ideas were better than mine. To mollify him, I put him in that year’s sketchbook. was much longer than the final published volume, but some of the lines were the same. and rejected my picture book ideas. She suggested I revisit my sketchbook with an eye to turning it into a picture book. My wife was working at a school library at the time and had read the sketchbook to her kids, who had enjoyed it. So I suppose it wasn’t too crazy an idea. I started to revise the layout and work with color. after several dozen rejections because the book was “unusual,” an editor decided that “unusual” was a good thing. Plus, it made her laugh. I began reworking and rewriting. The Pigeon was now starting to look more like his mature self. was published in April 2003 and, to my surprise, proved to be popular quite quickly. Thankfully, that Pigeon doodle in the notebook back in 1997 was so insistent. He was right!

Legacy (8) (Keeper of the Lost Cities)

The lowest historical price was $7.18