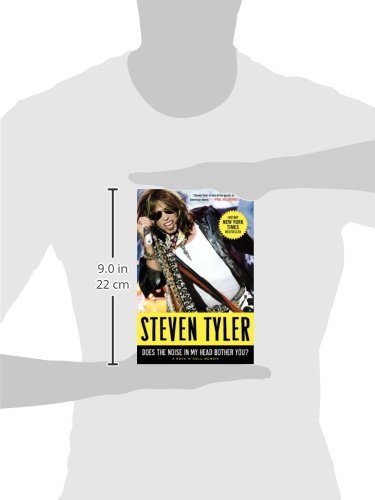 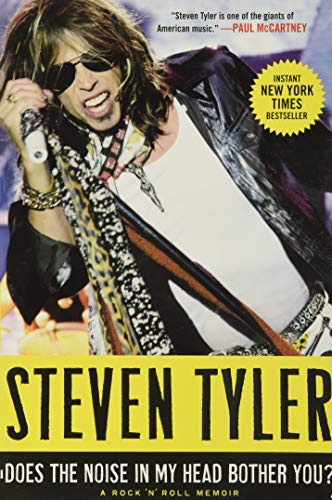 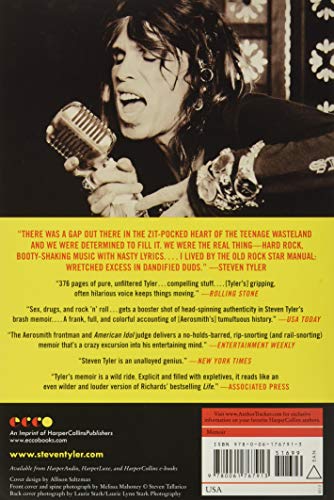 Product Description “Steven Tyler is one of the giants of American music, who’s been influential for a whole generation of Rock ’n’ Roll fans around the world. Long May He Rock!”—Sir Paul McCartney Does the Noise in My Head Bother You? is the rock memoir to end all rock memoirs — the straight-up, no-holds-barred story of Grammy Award-winning, Rock ‘n’ Roll Hall of Fame inductee, and all around superstar legend Steven Tyler, lead singer of Aerosmith (and celebrity judge on American Idol). The rock and roll epic that is Tyler’s life begins with Tyler’s youth in the Bronx, tracing his early music career and influences, his legendary partnership with Joe Perry, the meteoric rise, fall, and rise of Aerosmith over the last three decades, their music, Tyler’s battles with substance abuse, his epic romantic life, his relationship with his four children (including actress Liv Tyler), life on the road and in the spotlight, the economics of the rock star business --and all the sex, drugs, and rock and roll that anyone could ask for. In Tyler’s own words: “I’ve been mythicized, Mick-icized, eulogized and fooligized, I’ve been Cole-Portered and farmer’s-daughtered, I’ve been Led Zepped and 12-stepped. I’m a rhyming fool and so cool that me, Fritz the Cat, and Mohair Sam are the baddest cats that am. I have so many outrageous stories, too many, and I’m gonna tell ’em all. All the unexpurgated, brain-jangling tales of debauchery, sex & drugs, transcendence & chemical dependence you will ever want to hear. And this is not just my take, this is the unbridled truth, the in-your-face, up-close and prodigious tale of Steven Tyler straight from the horse’s lips.” Review “[Tyler] offers a colorful glimpse into his head as well as his life.... It’s got everything you want from a guilty pleasure: obscenity, revelation, bad behavior and humor. And, oh yeah, a beat you can dance to.” -- NPR's All Things Considered “[A] colorful all-access pass to the rocker’s storied past…replete with hilarious Tylerisms, tales of debauchery and detox and Aerosmith’s fabled climb to superstardom...as well as warmer memories of relationships with his children, wives and friends...particularly Tyler’s toxic tangles with guitarist Joe Perry.” -- USA Today “Steven Tyler has a way with words…Does the Noise in My Head Bother You? Is 376 pages of pure, unfiltered Tyler…Noise is compelling stuff…Tyler’s at times gripping, often hilarious voice keeps things moving….” -- Rolling Stone “Tyler’s turbulently high-spirited cheer holds it all together.” -- New York Times Book Review “Revealing…fascinating.” -- Entertainment Weekly “Steven Tyler is one of the giants of American music, who’s been influential for a whole generation of Rock-n-Roll fans around the world. Long May He Rock!” -- Sir Paul McCartney “Steven Tyler is an unalloyed genius.” -- New York Times “[Tyler’s] forays into music theory are absorbing snapshots of what goes into making great songs. When Tyler is able to articulate what went into Aerosmith’s music, the book becomes fascinating.” -- Washington Post “[Tyler] delivers the goods…[his] surprisingly insightful and entertaining voice brings the familiar contours of this story alive.... What on the surface seems clichéd...manages somehow to rise above that and be a fun ride [and] separates a Rock Star from a merely ordinary pop star.” -- The Hollywood Reporter “Roll ‘em: Tyler’s memoir is a wild ride. Explicit and filled with expletives, it reads like an even wilder and louder version of Richards’ best-selling “Life.” Tyler, 63, settles back and tells story after story about life in the “most decadent, lecherous, sexiest, nastiest band in the land.”” -- Lisa Ko, author of The Leavers “Sex, drugs, and rock ‘n’ roll…gets a booster shot of head-spinning authenticity in Steven Tyler’s brash memoir Does the Noise in My Head Bother You?...a frank, full, and colorful accounting of the band’s tumultuous history.” -- USA Today “The Aerosmith frontman and Ame

Amazing
Great
Average
High
It's not a good time to buy now, there's a 85% probability this price will decrease. Our advice is to Watch it.
Buy on Amazon

Does The Noise In My Head Bother You A Rock N Roll, is it available on Amazon?

Yes! But at Pricepulse we inform you when is the lowest price to buy the Does The Noise In My Head Bother You A Rock N Roll

Should I buy the Does The Noise In My Head Bother You A Rock N Roll now?

It's not a good time to buy now, there's a 85% probability this price will decrease. Our advice is to Watch it.

What is the current price of Does The Noise In My Head Bother You A Rock N Roll?

What was the lowest price for the Does The Noise In My Head Bother You A Rock N Roll?