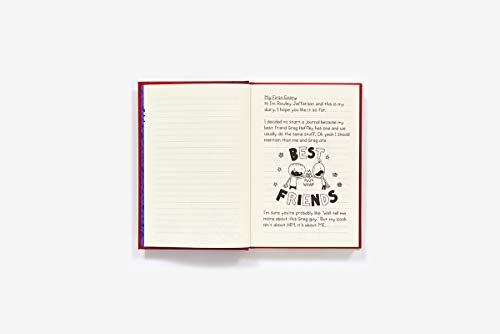 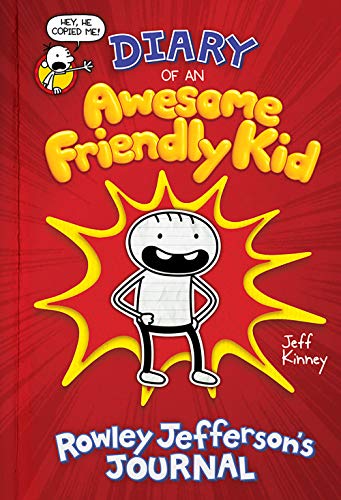 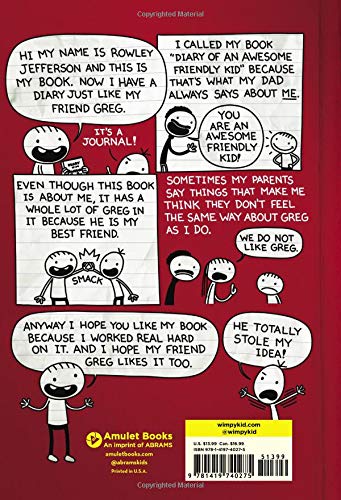 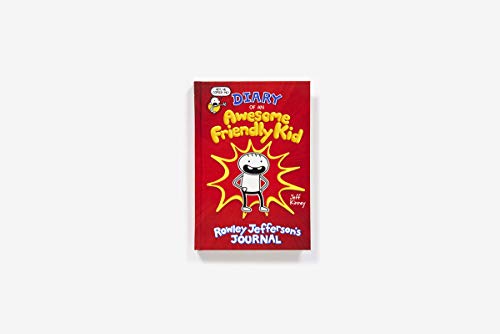 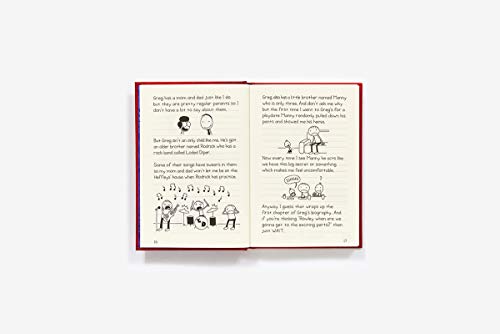 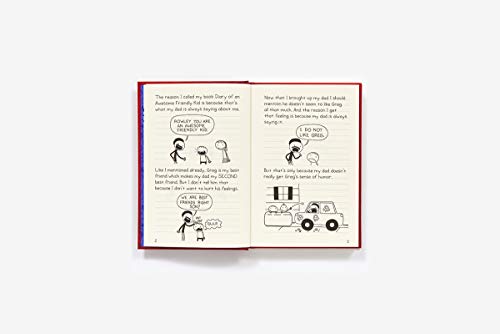 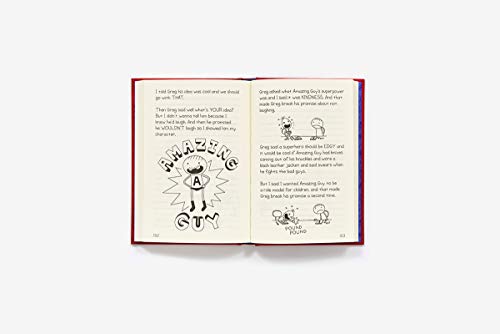 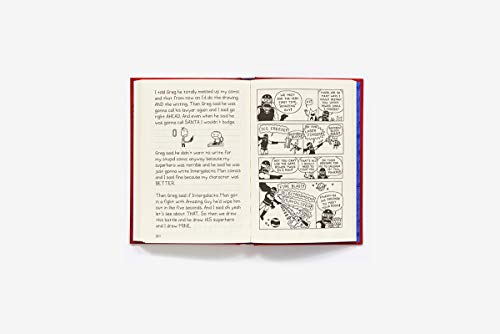 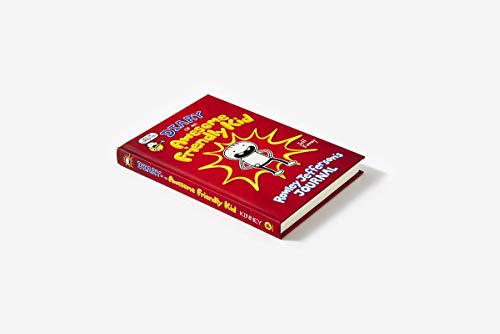 Product Description An instant #1 USA Today, Wall Street Journal, and New York Times bestseller! Get ready for a whole new look into Jeff Kinney’s Diary of a Wimpy Kid! Introducing the newest Wimpy Kid author—Rowley Jefferson! Rowley’s best friend Greg Heffley has been chronicling his middle-school years in thirteen  Diary of a Wimpy Kid journals . . . and counting. But it’s finally time for readers to hear directly from Rowley in a journal of his own. In  Diary of an Awesome Friendly Kid, Rowley writes about his experiences and agrees to play the role of biographer for Greg along the way. (After all, one day Greg will be rich and famous, and everyone will want to know his life’s story.) But Rowley is a poor choice for the job, and his “biography” of Greg is a hilarious mess.  Diary of an Awesome Friendly Kid: Rowley Jefferson’s Journal offers readers a new way to look at the Wimpy world—one fans won’t want to miss!   Review "The character work is terrific. The fact that Kinney can expose new facets of his characters this deep into the series is a credit to the property . . . A pleasant twist on a sturdy franchise." ( Kirkus Reviews) “Diary of an Awesome Friendly Kid is well on track to being as loved by children as Kinney's original series is. The silly situations, comic timing, frustrating selfishness of Greg and open friendliness of Rowley continue to work their magic, creating a book that young readers will likely want to revisit time and time again.” ( Shelf Awareness) "Kinney perfectly captures middle-school logic and relationships… Laughs abound, of course, and a roundup of lies Greg told Rowley is particularly hilarious. Kinney has mastered this format, and fans of the beloved series will be delighted by this fresh perspective.” ( Booklist) About the Author Jeff Kinney is a #1  New York Times bestselling author and four-time Nickelodeon Kids’ Choice Award winner for Favorite Book. Jeff has been named one of  Time magazine’s 100 Most Influential People in the World. He is also the creator of Poptropica, which was named one of  Time’s 50 Best Websites. He spent his childhood in the Washington, D.C., area and moved to New England in 1995. Jeff lives with his wife and two sons in Plainville, Massachusetts, where he owns a bookstore, An Unlikely Story.

Current price$5.10
Since 93 minutes
Average price$7.12
Based on 20 months
Lowest price ever$3.89
57 days ago
Highest price ever$13.99
20 months ago
Amazing
Great
Average
High
This is absolutely the best time to buy. Don’t miss out, there's 75% probability of this price being higher soon. Buy now.
Buy on Amazon

The Wimpy Kid Movie Diary: The Next Chapter (Diary of a Wimpy Kid)

The Wimpy Kid Movie Diary: The Next Chapter (Diary of a Wimpy Kid)

My Body Belongs to Me from My Head to My Toes (The Safe Child, Happy Parent Series)

Diary Of An Awesome Friendly Kid Rowley Jeffersons, is it available on Amazon?

Yes! But at Pricepulse we inform you when is the lowest price to buy the Diary Of An Awesome Friendly Kid Rowley Jeffersons

Should I buy the Diary Of An Awesome Friendly Kid Rowley Jeffersons now?

What is the current price of Diary Of An Awesome Friendly Kid Rowley Jeffersons?

What was the lowest price for the Diary Of An Awesome Friendly Kid Rowley Jeffersons?

The lowest historical price was $3.89