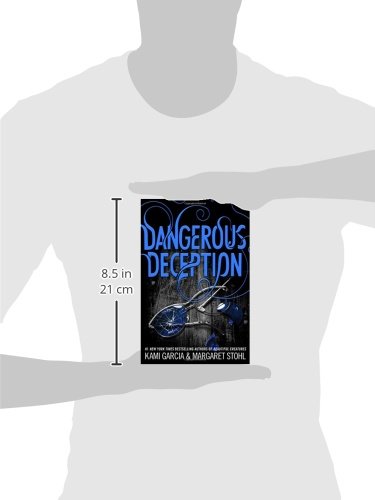 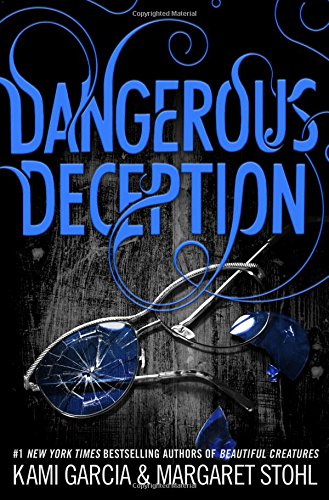 Product Description From the world of Beautiful Creatures--a dangerous new tale of love and magic continues in the sequel to Dangerous Creatures. After a disastrous car crash outside New York City, Ridley Duchannes--Dark Caster, Siren, and bona fide bad girl-has gone missing. Her wannabe rocker and quarter Incubus boyfriend, Wesley "Link" Lincoln, was driving, and when he comes to, Ridley is nowhere to be found. The only clue is the giant raven emblazoned on the hood of the truck that hit them, which can mean only one thing: Silas Ravenwood is back. And he has Ridley. Determined to find her, Link reunites with old friends John Breed and Liv Durand, his New York bandmates, and the mysterious Lennox Gates--who has his own reasons for tracking down Ridley. Together they travel through the Caster Tunnels and the Deep South to New Orleans, where they uncover the truth about the infamous Ravenwood labs and exactly what Silas has been doing within those walls. By the time Link and his friends reach Ridley, she is no longer the Siren they know and love. She's something new. This time, love might not be enough to save them. In this sequel to Dangerous Creatures, the bestselling spin-off of the #1 New York Times bestselling Beautiful Creatures novels, coauthors Kami Garcia and Margaret Stohl deliver an intoxicating blend of magic, suspense, and danger. From School Library Journal Gr 9 Up—Bad girl and Siren Ridley Duchannes goes missing, and her boyfriend Link and his friends suspect Silas Ravenwood. They'll have to travel through the Caster Tunnels and on to New Orleans in order to rescue Ridley. This is the sequel to Dangerous Creatures (Little, Brown, 2014), a spin-off from the best-selling "Beautiful Creatures" novels. Accessible and fast-paced, this Southern gothic will be embraced by fans of the first installment. Review Praise for the bestselling Beautiful Creatures novels: "A hauntingly delicious dark fantasy." ― Cassandra Clare, New York Times bestselling author of City of Bones "In the Gothic tradition of Anne Rice....Give this to fans of Stephenie Meyer's Twilight or HBO's True Blood series." ― School Library Journal "Gorgeously crafted, atmospheric, and original." ― Melissa Marr, New York Times bestselling author of Wicked Lovely "The authors ground their Caster world in the concrete, skillfully juxtaposing the arcane, magical world with Gatlin's normal southern lifestyle....[Fans will] plead for more." ― VOYA (starred review) "A lush Southern gothic." ― Holly Black, New York Times bestselling author of Tithe: A Modern Faerie Tale "Smart, textured and romantic." ― Kirkus Reviews About the Author Kami Garcia and Margaret Stohl are longtime friends and coauthors of the #1 New York Times bestselling Beautiful Creatures series. The first book in the series, Beautiful Creatures, is now a major motion picture. In addition to writing together, they have written solo novels: Unbreakable, an instant New York Times bestseller and the first book in Kami's series, The Legion; and Icons, the first book in Margaret's Icons series, which is currently in development as a feature film. Both books are available now. Margaret and Kami are currently at work on the sequel to Dangerous Creatures, available in spring 2015. They invite you to visit them online at kamigarcia.com & margaret-stohl.com.

Dangerous Deception Dangerous Creatures, is it available on Amazon?

Yes! But at Pricepulse we inform you when is the lowest price to buy the Dangerous Deception Dangerous Creatures

Should I buy the Dangerous Deception Dangerous Creatures now?

What is the current price of Dangerous Deception Dangerous Creatures?

What was the lowest price for the Dangerous Deception Dangerous Creatures?