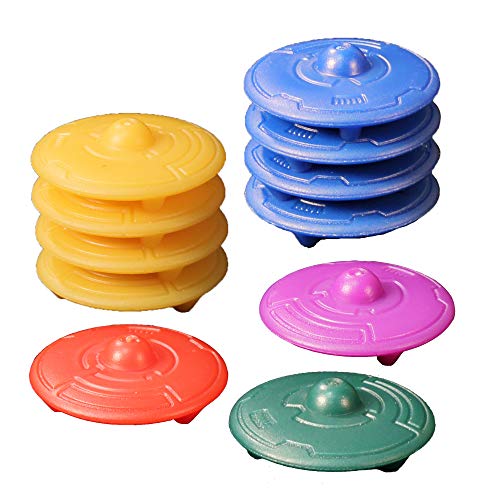 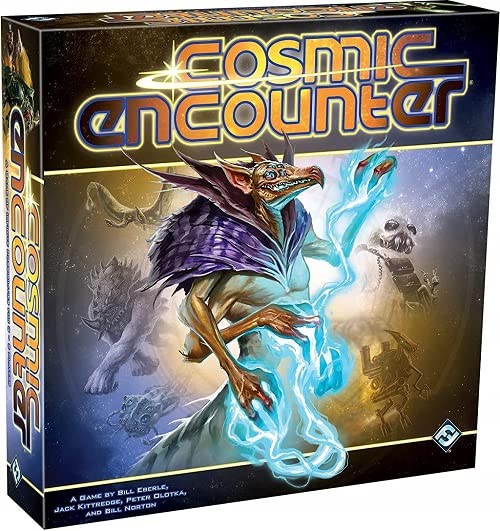 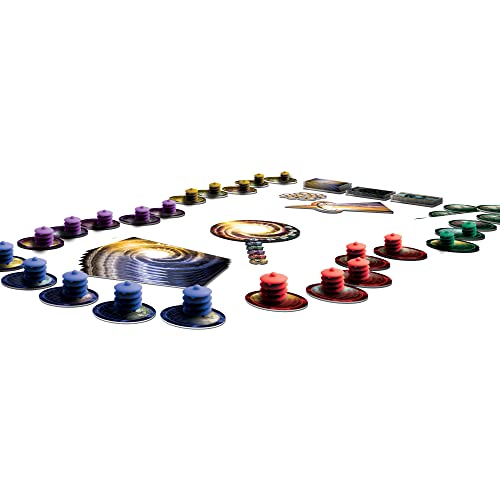 Product Description Colonize the galaxy in cosmic encounter! This game of interstellar exploration, negotiation, and conflict invites three to five players to lead their own unique alien civilizations as they seek to spread across the stars. But every Planet is ruled by someone, and the only way to expand your cosmic colonies is through either diplomacy or war. By establishing colonies on five planets beyond the reaches of your home system, You will safeguard the future of your species and earn victory. But if you fail, you will fall into the Black Abyss of space! Every game of cosmic encounter is different, and the tables can turn in an instant. From the Manufacturer Build a galactic empire... In the depths of space, the alien races of the Cosmos vie with each other for control of the universe. Alliances form and shift from moment to moment, while cataclysmic battles send starships screaming into the warp.Players choose from dozens of alien races, each with its own unique power to further its efforts to build an empire that spans the galaxy. Many classic aliens from earlier editions of this beloved game return, such as the Oracle, the Loser, and the Clone. Newly discovered aliens also join the fray, including Remora, Mite, and Tick-Tock.This classic game of alien politics returns from the warp once more. It features 50 alien races, flare cards to boost their powers, 100 plastic ships, a host of premium components, and all-new tech cards that let players research and build extraordinary technological marvels!No two games are the same!Components•Rulebook•1 Warp Token•5 Player Colony Markers•1 Hyperspace Gate•25 Player Planets (5 per player)•100 Plastic Ships (20 per player)•50 Alien Sheets•20 Destiny Cards •72 Cosmic Cards•50 Flare Cards•20 Tech Cards•42 Cosmic Tokens•7 Grudge Tokens•1 Genesis Planet•1 Lunar Cannon Token•1 Prometheus Token•1 Alternate Filch Flare

Amazing
Great
Average
High
Although this is an Average price, there's a 80% probability this price will be lower. If you can wait, our advice is to Watch it.
Buy on Amazon

Cosmic Encounter 42nd Anniversary Edition Board Ga, is it available on Amazon?

Yes! But at Pricepulse we inform you when is the lowest price to buy the Cosmic Encounter 42nd Anniversary Edition Board Ga

Should I buy the Cosmic Encounter 42nd Anniversary Edition Board Ga now?

Although this is an Average price, there's a 80% probability this price will be lower. If you can wait, our advice is to Watch it.

What is the current price of Cosmic Encounter 42nd Anniversary Edition Board Ga?

What was the lowest price for the Cosmic Encounter 42nd Anniversary Edition Board Ga?