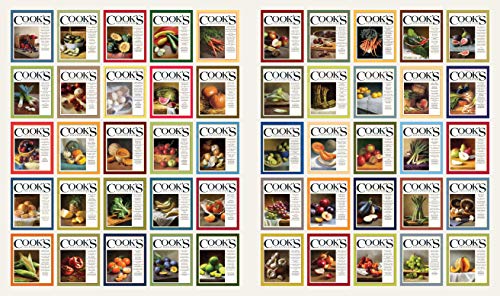 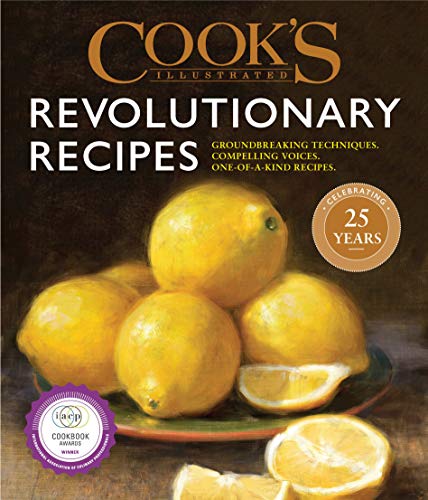 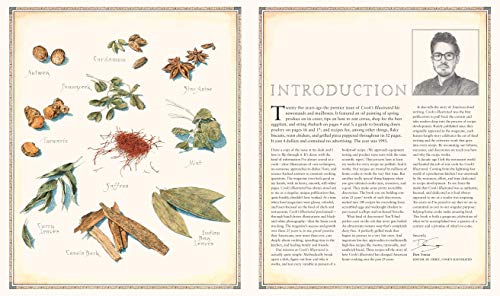 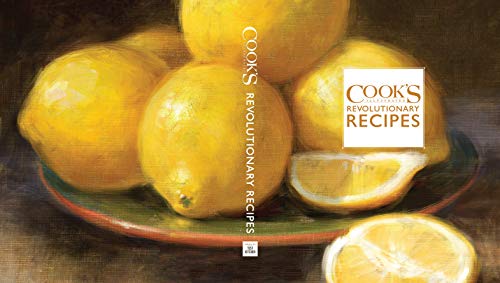 Product Description 2019 IACP Award Winner in the Compiliations CategoryOn the occasion of Cook's Illustrated's 25th anniversary, we've gathered together our most extraordinary recipes and innovations from the past quarter-century in this hands-on book packed with practical tips and techniques. These recipes tell the story of how Cook's Illustrated has changed American home cooking through its signature blend of rigorous testing, culinary research, science, and unorthodox approaches to developing foolproof recipes. As fans know, a big part of what makes the magazine so trustworthy (and enjoyable to read) is the essays that accompany each recipe, tracing from initial brainstorming to aha moments (and the occasional catastrophe) to final success. Rarely republished since they first appeared, these feature-length stories celebrate the art of food writing and the extensive work that goes into every recipe. In addition to the recipes, essays, and helpful sidebars, this book also features the trademark black-and-white illustrations that have become synonymous with Cook's Illustrated, creative use of the beloved front- and back-cover art, and a new addition: gorgeous, full-color photographs of each dish. Featured recipes include: Perfect corn on the cob that never gets boiled, ultracreamy tomato soup that's completely dairy-free, the fastest roast chicken recipe, "oven-grilled" London broil, and ingenious, low-key approaches to traditionally high-fuss recipes such as risotto, French fries, pie crust, and many more. Review This dense and satisfying volume commemorating the 25th anniversary of  Cook’s Illustrated is packed with the collective results of kitchen experiments . . . . All aspects of cooking are explored, and the exactitude is comforting and never fussy. This volume is sure to be a popular choice as a gift for college grads and others just starting to make their way in the kitchen. -- Publishers Weekly, STARRED Review   Cook's Illustrated magazine, champion of a thoughtful and no-nonsense approach to home cooking, is celebrating its 25th anniversary by giving us a present. . . .The "revolution" here is not exotic ingredients or wild flavor combos; it's an insistent pursuit of perfect recipes.  --  BookPage The very best of 25 years of recipes are highlighted in the new cookbook "Cook's Illustrated Revolutionary Recipes". It features time-honored dishes that have been tested over and over so they're sure to work, along with the sort of tips and tricks that can make any home cook smarter and more efficient in the kitchen. --  The Oregonian About the Author America’s Test Kitchen is well-known for its top-rated television shows with more than 4 million weekly public television viewers, bestselling cookbooks, magazines, websites, and cooking school. The highly reputable and recognizable brands of America’s Test Kitchen, Cook’s Illustrated, and Cook’s Country are the work of over 60 passionate chefs based in Boston, Massachusetts, who put ingredients, cookware, equipment, and recipes through objective, rigorous testing to identify the very best. Discover, learn, and expand your cooking repertoire with Julia Collin Davison, Bridget Lancaster, Jack Bishop, Dan Souza, Lisa McManus, Tucker Shaw, Bryan Roof, and our fabulous team of test cooks!

Amazing
Great
Average
High
This is a great price to buy! There's a 72% probability this price will be higher. Our advice is Buy it now.
Buy on Amazon

Cooks Illustrated Revolutionary Recipes Groundbrea, is it available on Amazon?

Yes! But at Pricepulse we inform you when is the lowest price to buy the Cooks Illustrated Revolutionary Recipes Groundbrea

Should I buy the Cooks Illustrated Revolutionary Recipes Groundbrea now?

This is a great price to buy! There's a 72% probability this price will be higher. Our advice is Buy it now.

What is the current price of Cooks Illustrated Revolutionary Recipes Groundbrea?

What was the lowest price for the Cooks Illustrated Revolutionary Recipes Groundbrea?