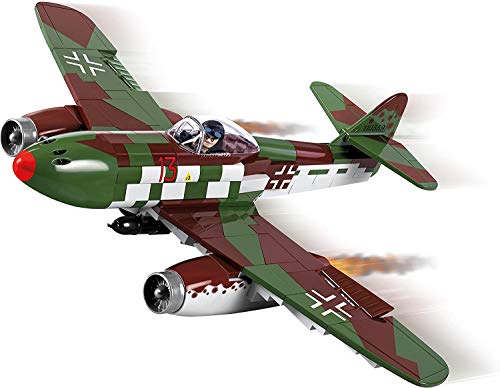 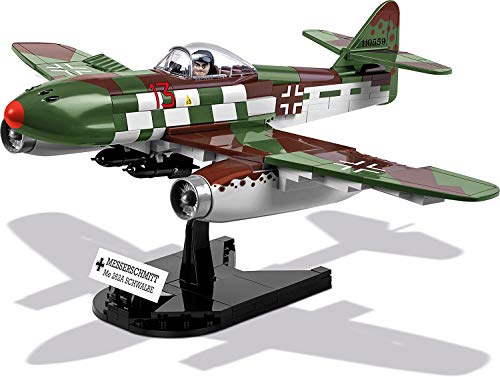 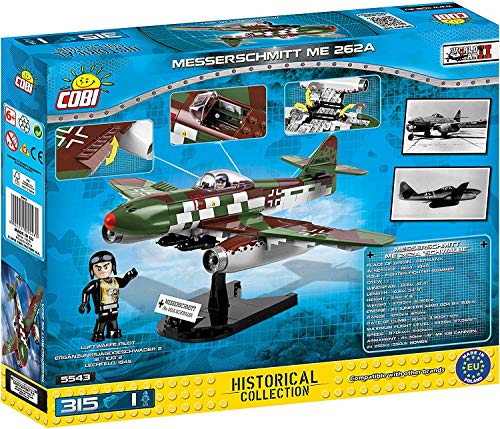 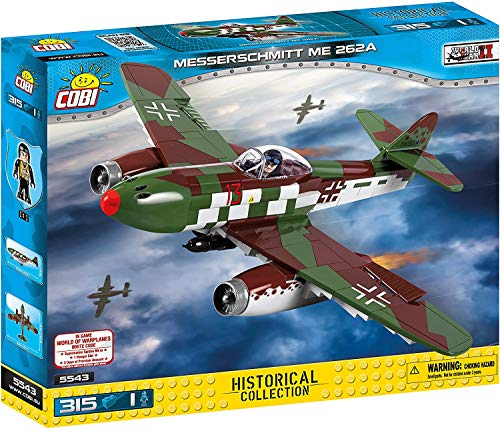 The Messerschmitt Me 262A, nicknamed sturmvogel, was the worlds first operational jet-powered fighter aircraft of German construction from WWII. Despite its advanced technologies, the sturmvogel had a negligible impact on the course of the war as a result of its late introduction into operational service. This new null from COBI consists of movable elements such as parts of the wings and retractable wheels. The cockpit can be also opened in order to put the pilot figure at the controls. The set includes 2 bombs that can be attached to the undercarriage of the sturmvogel. In addition, it has a stand with the name of a null printed on it.

Chinese Checkers Game Set with 11 inch Wooden Board and Traditional Pegs, Game for Adults, Boys and Girls by Hey! Play!

Jumanji 3 The Next Level, Falcon Jewel Battle Board Game for Kids, Families, and Adults

Suwimut Shut The Box, Classic Tabletop Wooden Board Game for Kids and Adults Classroom Home Pub, with 12 Numbers and 2 Dice